The late Queen Elizabeth II had a long history with Land Rovers, with her seventy-year reign lasting for almost the entirety of the company’s history. The Royal Family and Land Rover have had a long and fruitful partnership, with the monarch and family kept in Rovers since King George VI was given the hundredth 80” Series I in 1948. The Queen had many Land Rovers over her long life, but there are a few with which she is most associated.

Her earliest major association was with her Royal Review vehicles for her 1953-54 Commonwealth tour -- an event at the beginning of her 70-year reign, when the Land Rover was just five years old. Eight vehicles were built, and some dispersed to corners of the world on the Royal Tour.

With the Land Rover company now firmly established in the marketplace, the Royal Family was kept in new models, sometimes through generous finance deals or as a sort of gift from the company to help boost its public image. This continues to today; even in The Queen's final moments on Thursday, it was a fleet of Range Rovers that took incoming Royal Family members from Aberdeen Airport to Balmoral Castle to say goodbye to her, with a new Defender 110 at the rear carrying the luggage. The first major public appearance of a new fifth-generation Range Rover was a St. Patrick's Day appearance this year by Prince William and Princess Catherine. The Queen, and now King Charles III, usually uses a custom-built Bentley limousine, but everyone else frequently uses some form of Land Rover product.

Because of this, there are many Land Rovers that show up with the Royals in photos, but there are a select few that are tied particularly to them, and especially The Queen. (Her late husband, the Duke of Edinburgh, was also a Land Rover lover, even using a custom Defender 110 as his hearse for his funeral last year -- read our writeup on his Land Rover history here.) One of the most iconic photos of the couple was with their children and Series III 109, JYV 1D, taken at the Windsor Horse Trials in 1972. The vehicle is still in service, taking William and Catherine to a movie in Scotland in 2021 and appearing in The Queen's 70th Jubilee parade in June. 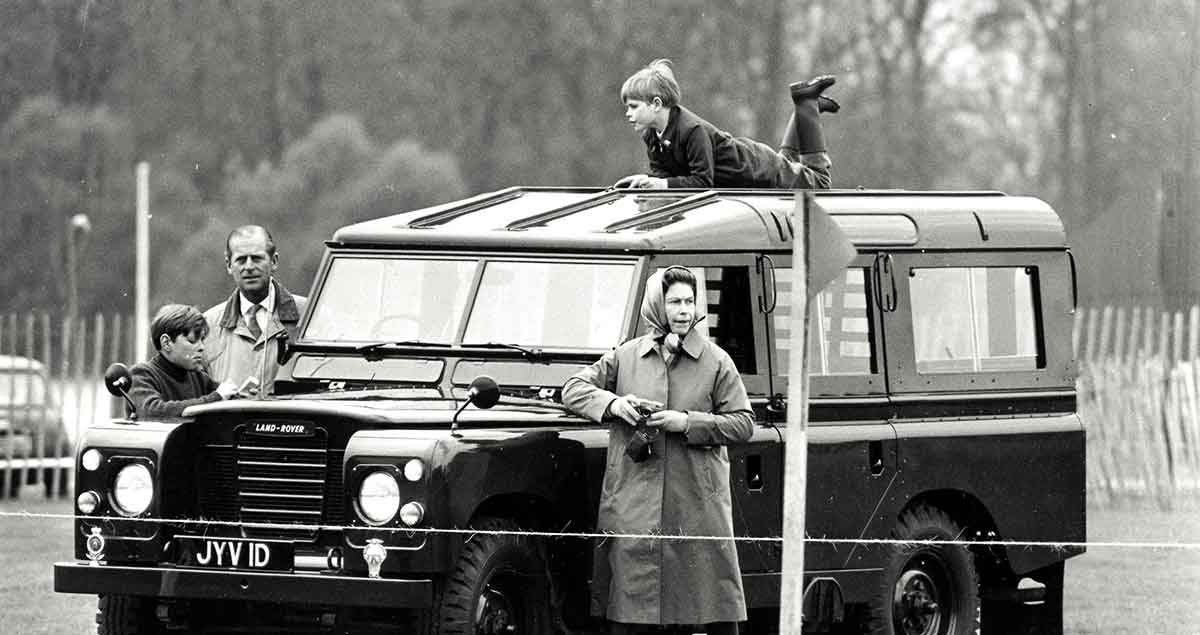 The Queen had a number of Range Rover Classics in the 1970s and 1980s, and although none of them are singularly tied to her, several showed up in images. During a tour to Namibia, she drove a beige Classic on safari.

Through the 1990s and 2000s, the Queen's most famous Solihull-built ride was her custom-built Defender 110, plated A444 RYV. There are hundreds of photos of her driving it around her estates. The vehicle had a few touches just for her, including handles on the pillars to make it easier for Her Majesty to get in. It's also been rumored that this Defender was built to a greater standard of sealing and weatherproofing than other Defenders. 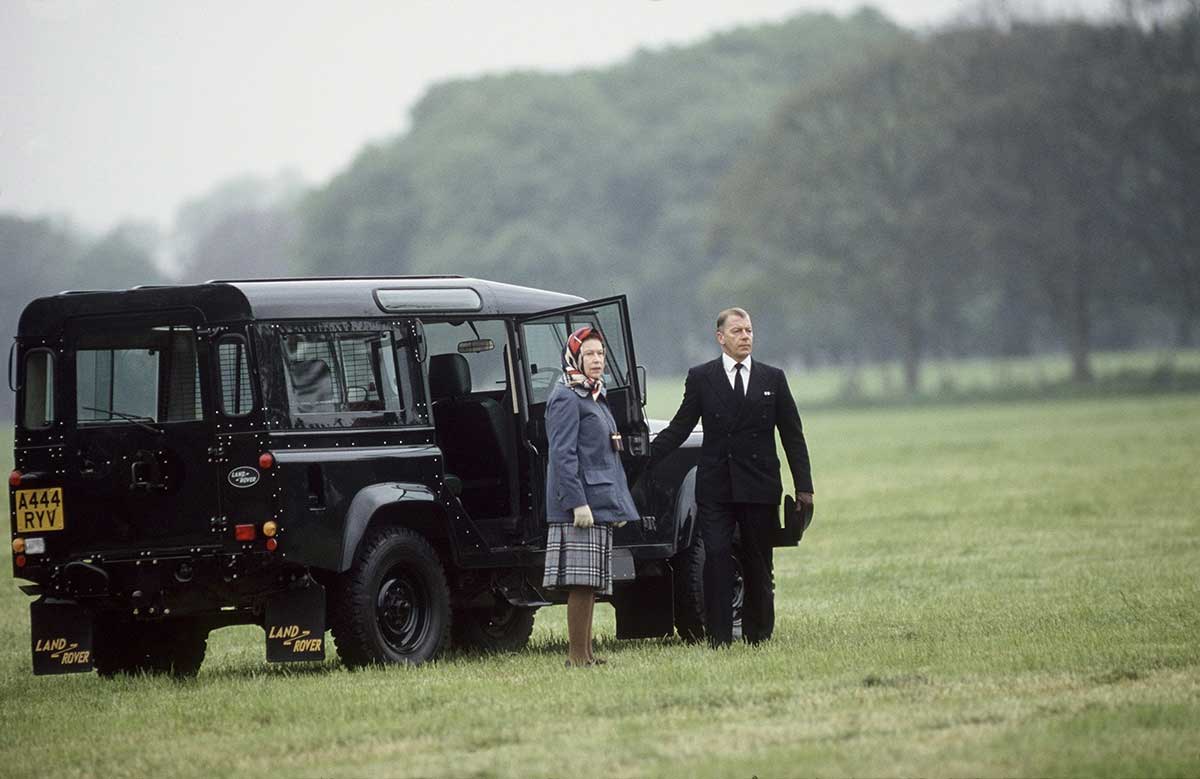 In her final years, The Queen generally eschewed her Defenders and went for the comfort of a Range Rover. Despite the constant stream of up-to-date Land Rover products streaming into the royal palaces, she fell for one in particular -- a late-2000s third-generation Range Rover L322 with her iconic Labrador-retriever-with-pheasant-in-mouth hood ornament bolted to the leading edge of the bonnet. Even in 2022, she was seen driving an Epsom Green example around the grounds at Sandringham House in England. It was in this Rangie that she also made perhaps her most iconic Land Rover image for a certain generation, the "Queen Thug Life" photo that launched a thousand memes -- a telephoto image of the short monarch in a headscarf piloting the big SUV, peering over the steering wheel. 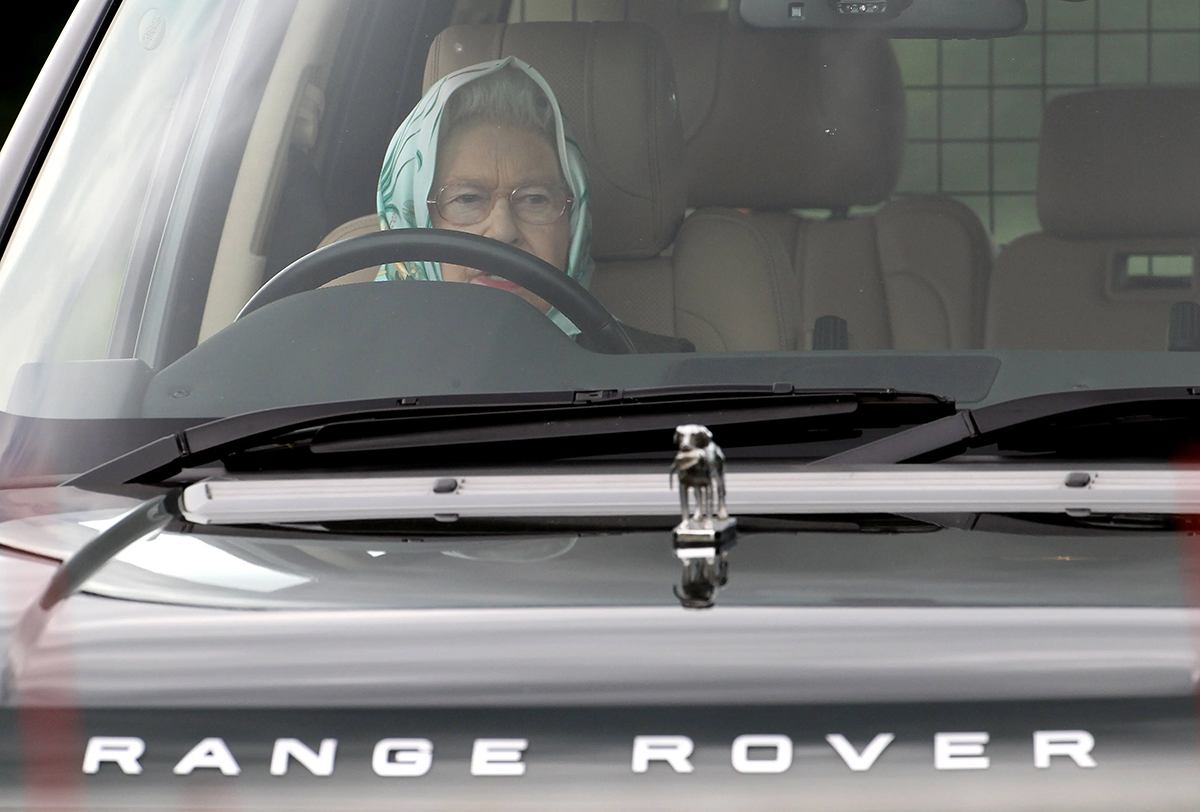 With The Queen's passing, only one of Land Rover's original four Royal Warrants remains somewhat valid, that of King Charles III issued when he was Prince of Wales. (Warrants expire two years after their issuer passes.) Until 2002, they held Royal Warrants for The Queen, The Duke of Edinburgh, The Prince of Wales, and The Queen Mother -- one of only eight British companies to hold all four.

However, as the Royal Warrant system is reworked for the new monarchy, it seems extremely likely that they will again become one of the few companies to hold all the new available warrants, as time-honored favorite vehicles of King Charles III, Queen Camilla, and Prince William as the heir to the throne. The new generation of Royals will almost certainly continue the Land Rover connection, and with the new King's love of the environment and alternatively-fueled vehicles, expect to see the latest hybrid and electric models make up more and more a part of His Majesty's fleet.

The Land Rover website is currently blacked out with a large tribute to The Queen at the top of the page, a testament to this long-standing union between Britain's greatest four-wheel-drive automaker and the monarch. 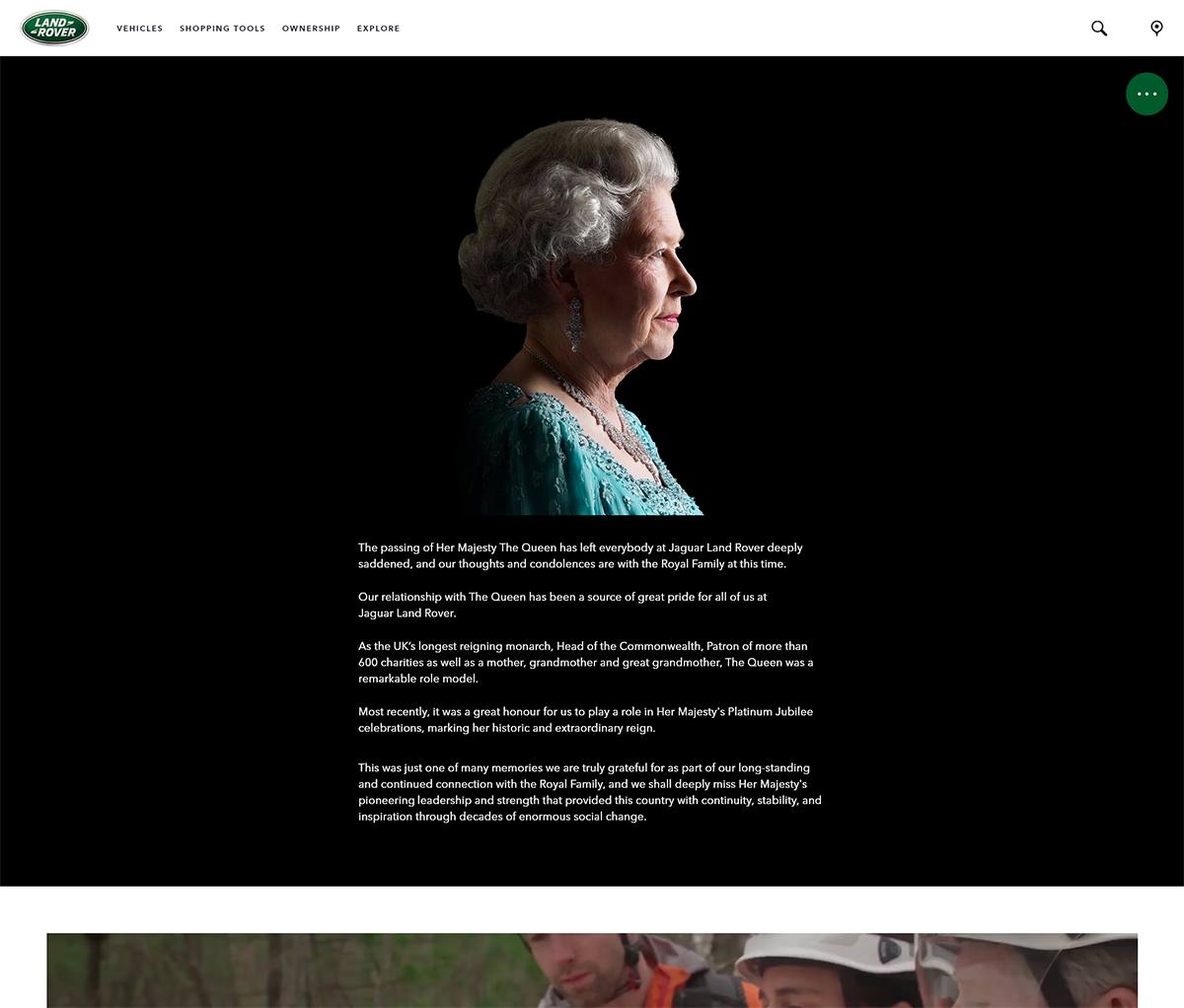