Land Rover celebrated Her Majesty The Queen’s Platinum Jubilee last weekend, commemorating her seventy years on the throne, taking part in the Jubilee Pageant with a parade of historic Land Rovers down The Mall in London, following the route of Her Majesty’s coronation parade in 1953.

The procession was a who’s who of significant Land Rovers. The beginning and end of the classical Land Rover line were represented with SNX 910, the Land Rover featured at the 1948 Amsterdam Motor Show, and H166 HUE, the very last Defender to roll off the line on January 29, 2016. Maurice Wilks’ personal Series II, GXC 639C, showcased the second generation of the line.

Several Royal Land Rovers were in the procession, with number plates that would be familiar to anyone who’s seen the classic photos of The Queen with her fleet. JYV 1D was the Duke of Edinburgh’s favorite Series III 109” wagon, which he and The Queen famously posed on during a horse race in the 1970s. A444 RYV was The Queen’s favorite Defender 110, seen in many head-on photos of Her Majesty behind the wheel, silver hair wrapped in a scarf. NXN 1 was an early Series I 86” that belonged to Lord Mountbatten, and it carried a grille badge from the 1953 coronation.

Several James Bond Land Rovers were featured, including a Defender 110 Hi-Cap pickup from the opening scene of Spectre and the blue modified Series III from Jamaican scenes in No Time to Die. The Bond franchise celebrates its sixtieth anniversary in 2022 – Dr. No hit theatres in the tenth year of The Queen’s incredibly long reign. Modernity was also represented with a custom royal blue Defender 90 designed by Gerry McGovern, Jaguar Land Rover’s Director of Design.

The Land Rovers – alongside a collection of Jaguars – were piloted down The Mall by a group of Land Rover brand ambassadors, including Bear Grylls, Kenton Cool, Harry Aikines-Aryettey, Luke Evans, James McVey, and Jason Robinson. The lead vehicle, SNX 910, was driven by Mike Bishop, Land Rover Product Specialist at Jaguar Land Rover Classic and one of Land Rover's de facto in-house historians.

Before the event, each vehicle got a once-over at Jaguar Land Rover Classic Works to make sure they were squeaky clean and unlikely to break down on the journey in front of millions of people. 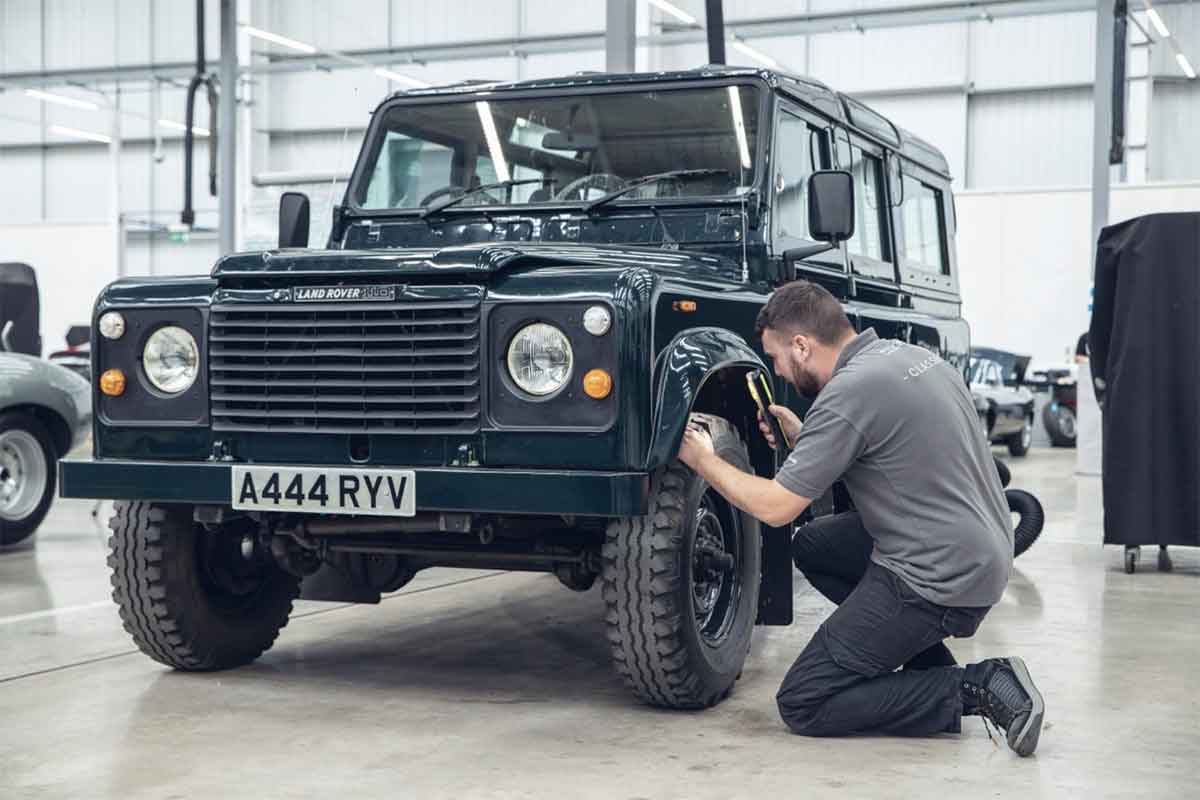 Land Rover has a long association with the Royal Family, including being one of the very few British companies to hold the four possible Royal Warrants that were granted during the lifespan of The Queen Mother, who passed away in 2002. (They were also one of the slightly larger but still limited number of companies to hold the three warrants available until the Duke of Edinburgh passed last year.) They have always proudly promoted their royal connections – just flip over your Land Rover’s owner’s manual, and you’ll probably find the warrant crests all lined up on the back cover.

In commemoration of the Jubilee, Land Rover is also donating one of the first new Defender 130s to the British Red Cross, which will customize the vehicle to support its operations in the UK. 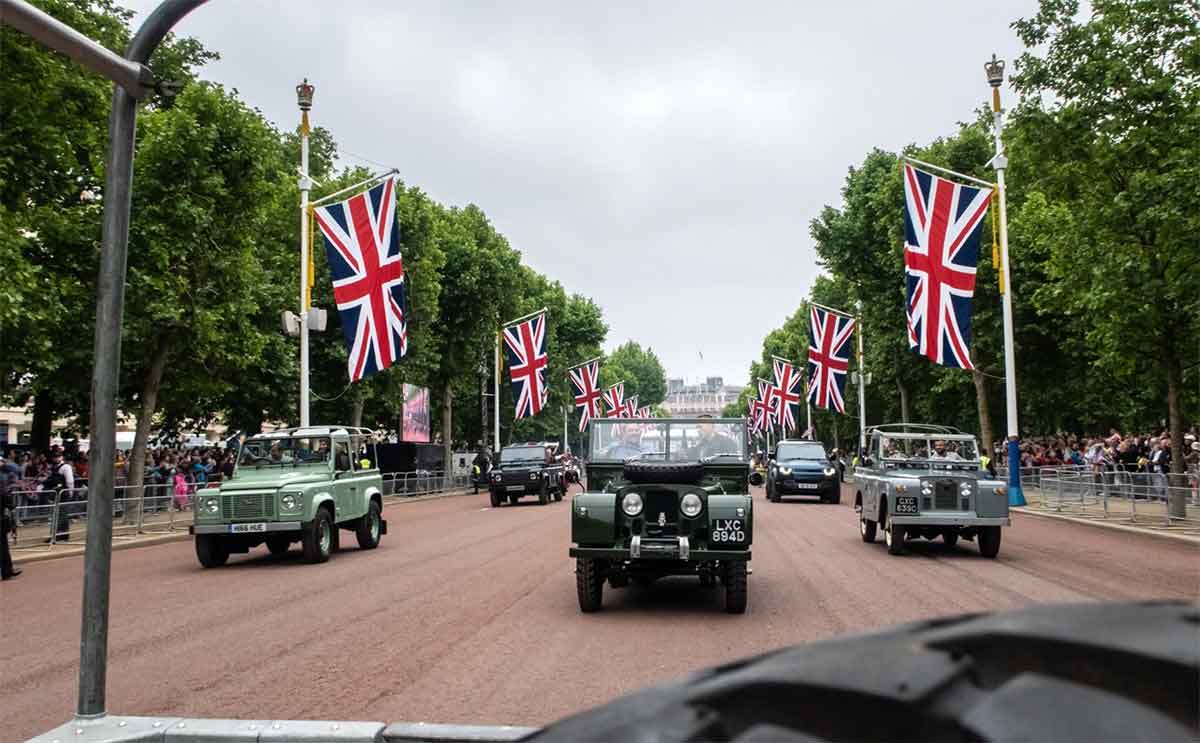 The Jubilee parade was an exciting way to celebrate The Queen, her seventy-year reign, and the events that happened during that time. The vast majority of Britons were not alive during the reign of her father, King George VI, and as the Elizabethan era is in its natural twilight, it’s possible this was the last time the nation will gather to celebrate her on this scale while she is still alive. How appropriate, then, to have a collection of one of the greatest achievements of British motoring in her reign on display in such full force – with every Land Rover driving down The Mall save for the 1948 Amsterdam Motor Show Series I built in the seven decades she’s sat on the throne.