It has been a long spring, and there was no better way to shake the spiders out of my sanity and my truck's transfer case shifter than a socially-distant off-road run with Land Rover friends. When the opportunity arose to have a fun, safe trail ride in Western Maryland with the Land Rover Owners of Maryland and Baltimore Rovers club groups, I decided it was time to break out of my rut, pack my variety of face coverings, and hit the trail.

Western Maryland is an accident of geography and cartography, squeezed between the Mason-Dixon Line and the Potomac River. This boundary means that there are some very narrow bits of the state, where the river comes close to the northern border. At one point, in Hancock, Maryland is all of 1.8 miles wide.

This area is also very mountainous, with terrain more similar to neighboring Appalachian West Virginia and western Pennsylvania than the Chesapeake Bay scenes many people associate with Maryland. In between Hancock and Cumberland is the Green Ridge State Forest, the largest public green space in Maryland. It's crisscrossed by dirt roads, many of which lead to stunning viewpoints over the Potomac, the mountains, and the Chesapeake and Ohio Canal. The broad river we often associate with Washington, DC. becomes a twisting, meandering waterway here. 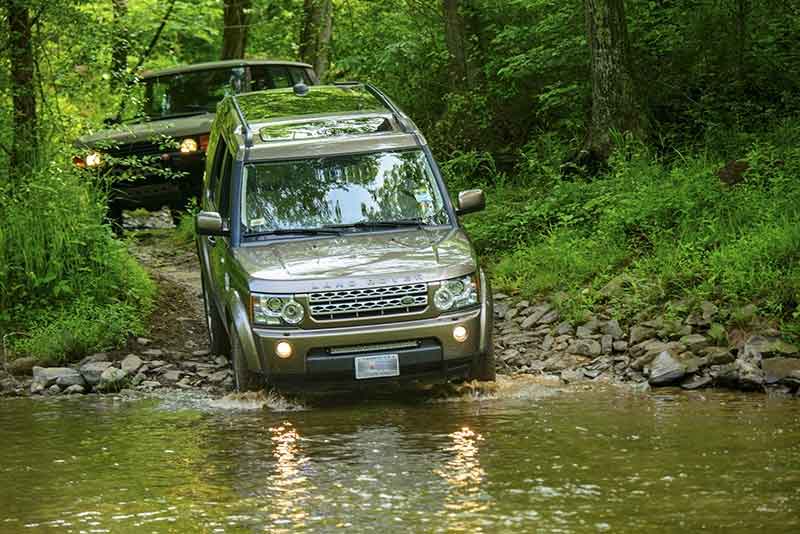 There are several places where the roads disappear into the river, picking up on the other side of a mapped ford. It's a bit reminiscent of greenlaning in the United Kingdom, with a combination of regular dirt roads and challenging obstacles. We ended up traversing four fords during the course of our day.

We had an interesting collection of Land Rovers along on the trip. The oldest was a 1991 Range Rover Classic Hunter -- a rare, extreme-base-model specification offered only in certain model years. Unlike the premium-spec trucks those years, they have no ABS, no sunroof, no leather, no power seats, and minimal wood trim. They have become sought-after in years since with those who want the capability and aesthetics of a Range Rover Classic without the headaches of some of the upmarket early 1990s electronics most examples come with. 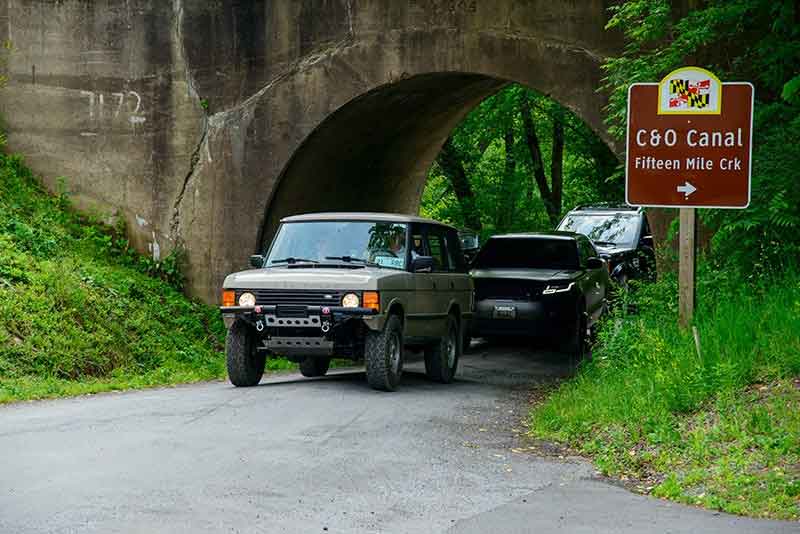 The only other entrant in the Range Rover category was a new Range Rover Velar, running on mud tires. This vehicle, which was dubbed the "Honey Badger" by the group after the iconic Internet meme about the nonchalant mammal. While none of us came into the adventure with incredibly high expectations for the "avant-garde Range Rover," we all ended the day massively impressed by it.

The rest of the traveling party was made up of Discovery models from all five generations. I had my trusty 1994 Discovery 1, fresh off a 250-mile non-stop haul from New Jersey in the wee small hours of the morning to make the 7:00 AM rendezvous. We had several Discovery Series II models, all facelifted 2003 or 2004 models. One nicely set up LR3 and several LR4s represented the 2000s and 2010s, and a new Discovery 5 on its first-ever off-road trip rounded out the party. 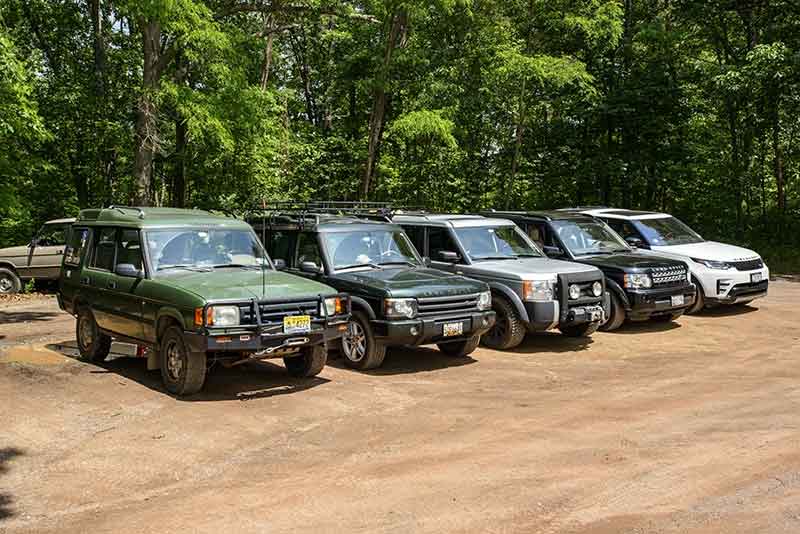 The route wound through the state forest, taking in several overlooks. One was Point Lookout, which took in a magnificent tight bend in the Potomac, with the state of West Virginia nestled on the other side. Another was Log Roll Overlook, where trees felled in the nearby woods would be chucked over the ledge to roll down to a sawmill near the C&O Canal.

The route was a nice light off-road run. Nothing approached the Rubicon Trail, but it was by no means a simple stroll down dirt roads. There were lots of soft spots, ruts, hill climbs up shale-covered trails, and rural roads that petered out into rivers. That's where we had some of the most fun, tackling the river fords. 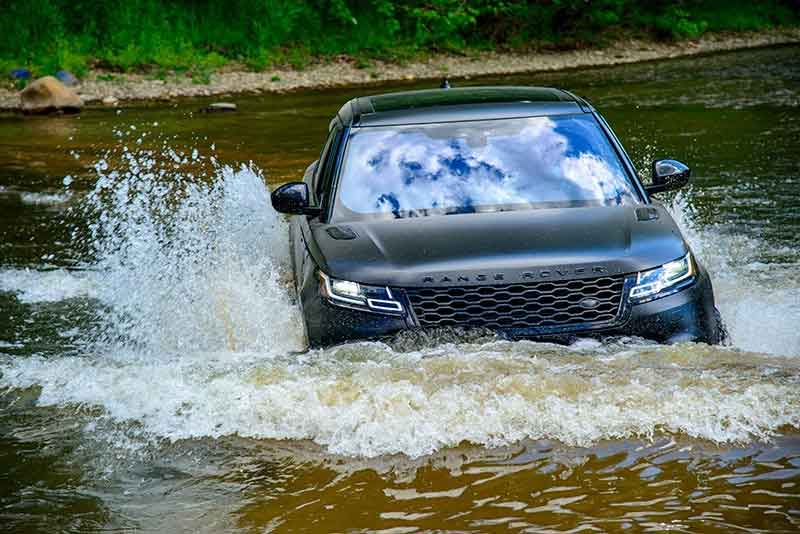 After a lot of great wheeling with friends, the day ended at 1812 Brewery, a farm brewery in Cumberland, Maryland that was celebrating its third anniversary with some special brews. They had a food truck on-site, socially-distant tables set up in their open-air barn, and disposable cups for the beers. It was the perfect end to a perfect day.

Although I'd been a bit hesitant about going out wheeling in these pandemic times, we did everything we could to make it a safe experience and succeeded in giving everyone a fun, physically-distant weekend. I hope it was a prototype for more summer off-road trips. Certainly, with everyone taking part in a trail run and 100% on-board with making adjustments to procedures (with health and safety of all participants being paramount above every consideration), enjoying off-roading with friends can continue in appropriate locations and situations in 2020.

All photos by Greg Fitzgerald, except lead photo of Discovery I fording water by Chuck Hester.