The Discovery 5, the controversially-styled family hauler in the Land Rover line, is getting updates for 2021 after four years in the market.

The main change: the addition of a mild hybrid engine option to the lineup. Jaguar Land Rover has promised increased electrification in their entire range by 2020, something that they have achieved by mild hybrid options (all four Range Rover variants, Discovery Sport, and Defender).

What it doesn't look like the Discovery is getting at this time is a plug-in hybrid. Though the Range Rover and Range Rover Sport offer a PHEV option (including in the USA), spy shots of the Disco are marked as a high-voltage hybrid vehicle but do not have the grille-mounted charging port. As Land Rover tries to harmonize its platforms more, it's likely that a PHEV would have a plug in the same place as a Range Rover. The Defender, which has a mild hybrid setup on the 6-cylinder inline motor, carried similar stickers during testing.

There are no confirmations of which version of Disco is being tested, nor what is coming to North America. However, as Land Rover moves away from the venerable Jaguar-designed AJ-V8 engine, and its V6 variant that the D5 currently uses, it's likely that they'll move to the 3-liter mild-hybrid inline-six that the Defender offers. As this drivetrain is already certified for sale in the USA, it'd be simple to drop into the Disco here.

As for styling, it's unclear if there are any changes planned, but it's likely in any facelift to change some minor things. The LED running lights may get squared up to mimic the new Discovery Sport, giving each of the three lines their own signature LED design, but there's nothing yet. It's also possible, but in no way confirmed, that the Discovery will get an update to the Defender's new technologies, including the new computer systems that offer over-the-air updates, and the Pivi Pro infotainment system. 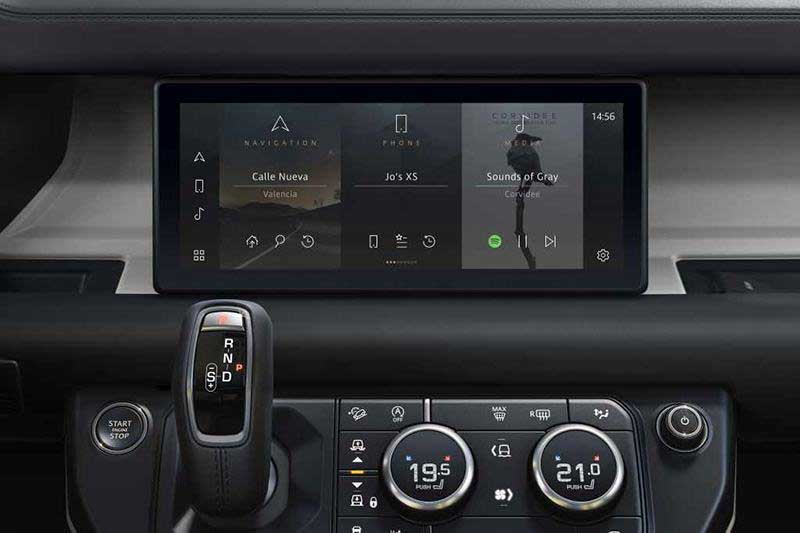 One thing likely not disappearing: the asymmetrical license plate mounting on the cargo door. Designed to reflect the first four generations of the Discovery while moving to a straight-bottomed glass. Spy shots show the same tailgate, and it would be a larger engineering move to redo the tailgate.

The Discovery 5 has already been on the market for four model years, and likely this generation has a few years left. It's been a bit of a soft seller compared to other models, but it continues to be the only Land Rover product designed around comfortably seating seven adults, and serves an important role as the Jack-of-all-trades that it has mastered for 31 years.