Prince William and Princess Catherine, the Duke and Duchess of Cambridge, went to a drive-in movie for a benefit for the British National Health Service in Scotland in the late Duke of Edinburgh’s Series III 109” station wagon.

The drive-in movie was held on the grounds of Holyroodhouse, the Royal palace in Edinburgh. The movie screened was the new Disney movie Cruella, a spinoff of 101 Dalmatians. The audience? National Health Service (NHS) workers who have dedicated their lives for a year and a half to the Covid-19 fight.

The Cambridges held the drive-in movie at the palace, the first time a drive-in film has been screened at a Royal palace. The Duke of Edinburgh’s 109 is fitted in a royal-looking dark green similar to that of the customized Defender 130 that the Duke was carried to his funeral on the back of. 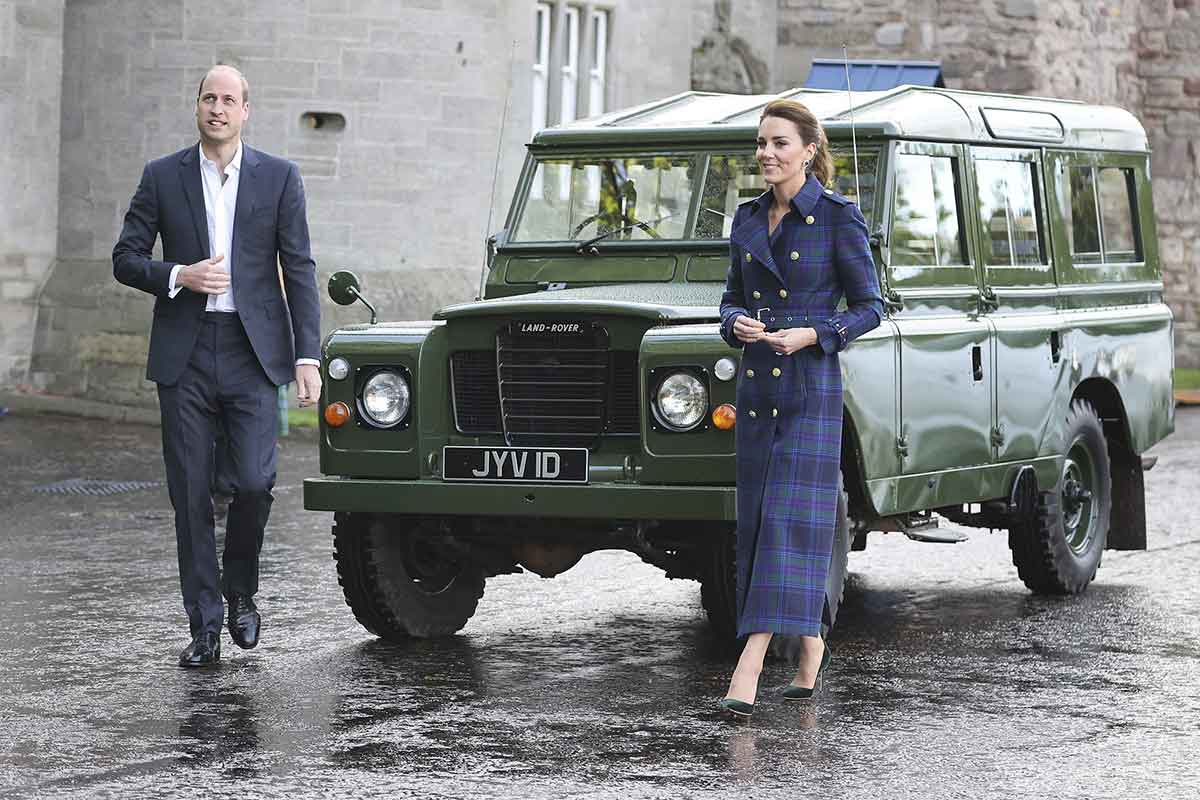 The Land Rover was parked near some other vintage vehicles used in the film. The Queen lent the truck to the Duke and Duchess to go to the screening. The other vehicles were NHS workers enjoying a break from over a year of hard work.

The Duke and Duchess spent their trip to Scotland revisiting some of their old haunts from when they met at the University of St. Andrews in 2001, as well as the usual Royal duties and visits and ribbon cuttings.