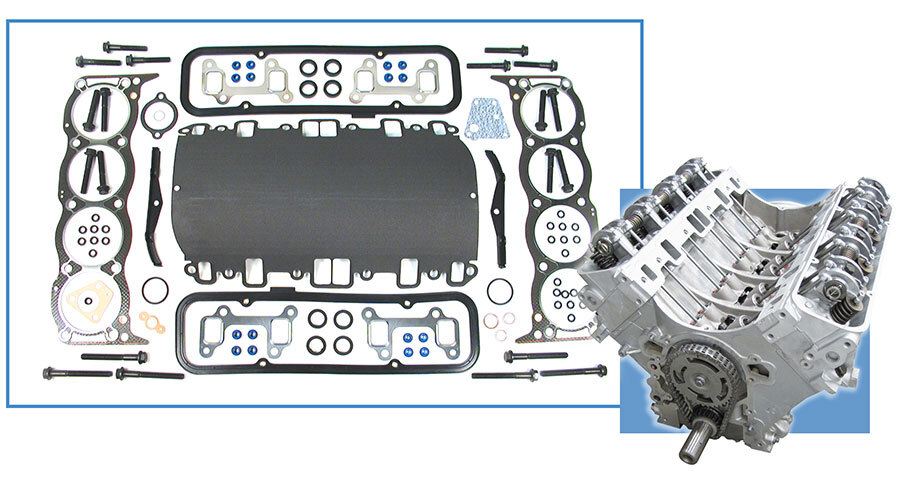 This information applies to Land Rovers using the iconic Rover V8, a design descended from the Buick 215 V8 of the 1960s. General Motors sold the design to Rover in the late 1960s, having had too many issues producing it in the volumes they needed. Land Rover took full advantage of its low weight and high torque, and turned it into a British icon over the coming fifty years. The last factory Rover V8 would come off the line with the last Discovery Series II in 2004. In America, it found a home in the engine bay of Range Rover Classics, P38 Range Rovers, Discovery I and Discovery Series II, and all North American Specification (NAS) Defender 90 and NAS Defender 110 models. They are also found in some rest-of-world imported Defender models.

They were offered in a variety of sizes. The original Buick-derived design was a 3.5-liter engine. In the late 1980s, it was modified into a 3.9-liter variant. A somewhat rare 4.2-liter variant is found in Range Rover Classic County LWB models. In 1996, 4.0 and 4.6-liter variants appeared, which would run out the Rover V8’s lifespan. Early models (none officially imported to America) were carbureted, while later models used a variety of fuel injection systems: the Lucas “Hotwire” 13CU/14CU/14CUX systems (1987-1995), the GEMS system (1996-1999), and the BOSCH system (2000-2004). BOSCH vs. GEMS - Not sure which configuration you have? We have a quick video identification guide here or check out our overview video: 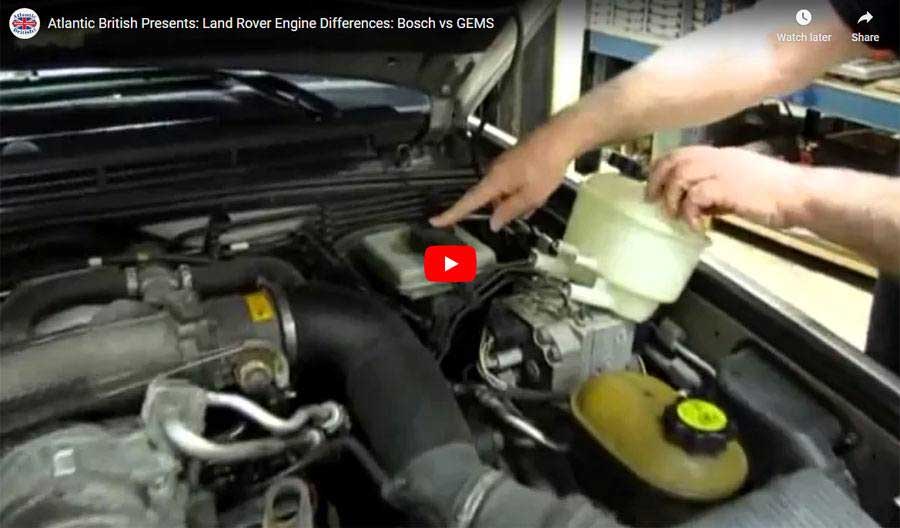 So… if you think that the time has come for your classic V8 Land Rover to get new head gaskets, here’s the most common questions you may have:

Bad head gaskets can show their true colors in several ways, not all of which necessarily make sense.

Temperature Spikes: The classical symptom of the failing head gasket is the rapidly rising coolant temperature gauge on the dashboard. The cylinder head segments combustion chambers, coolant passages, and oil passages through the head and into different parts of the engine block. The head gasket, with its many holes, is the junction of these passages. When the coolant passages leak, the truck has less coolant in the system, and eventually cannot keep up with higher engine temperatures.

Exhaust Noise: If your head gasket has blown on the outboard side of the combustion chamber, exhaust gases will exit the engine via this gap instead of through the exhaust manifold (which bolts to the head). This will cause your Land Rover to make a loud pfft pfft pfft sound, like an exhaust leak – even though your exhaust system is tight from manifold to tailpipe.

Coolant Pressure Rise: When the gasket between the compression chambers and the coolant passages blows, pressurized compressed gases will get into the coolant, pressurizing the coolant system.

Low Compression: This symptom is common when a head gasket goes bad in a combustion chamber. The effected cylinder(s) will produce almost no compression on the upstroke, thus also producing almost no power.

Misfiring: When coolant leaks into the combustion chambers, it can foul the spark plugs, causing a misfire as the liquid coolant prevents the sparkplug from firing.

Coolant Leaks: This is a pretty big one. When the coolant passages on your head gasket go, coolant leaks out of the gap. This is the most obvious sign of a bad head gasket – if you see coolant coming out of the seam between the engine block and head, it’s gone bad.

What Parts Do You Need For A Head Gasket Replacement?

All of the parts you need to replace your head gaskets can be obtained right here at Atlantic British. Our head gasket kits supply all the basics needed, including ancillary gaskets you’ll need to do the full reinstall. 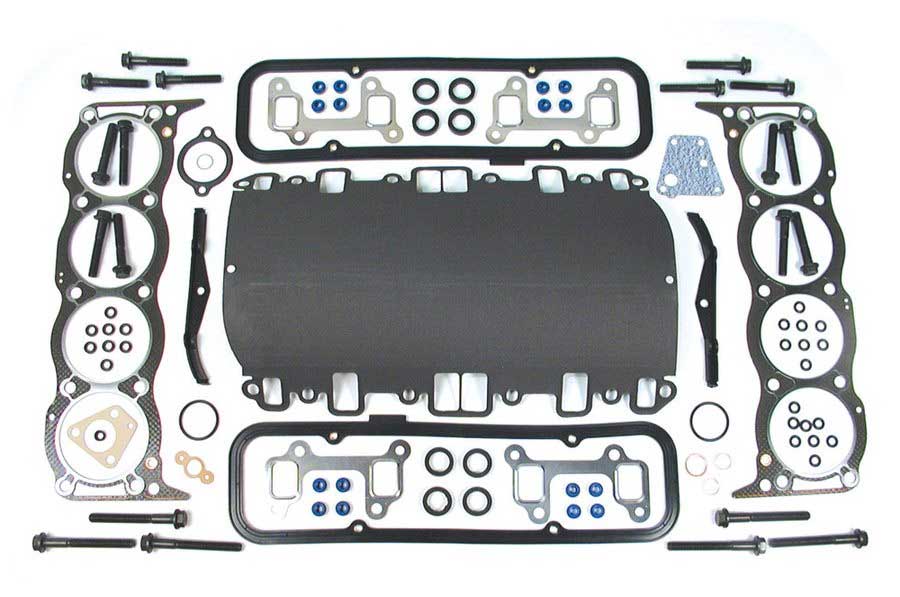 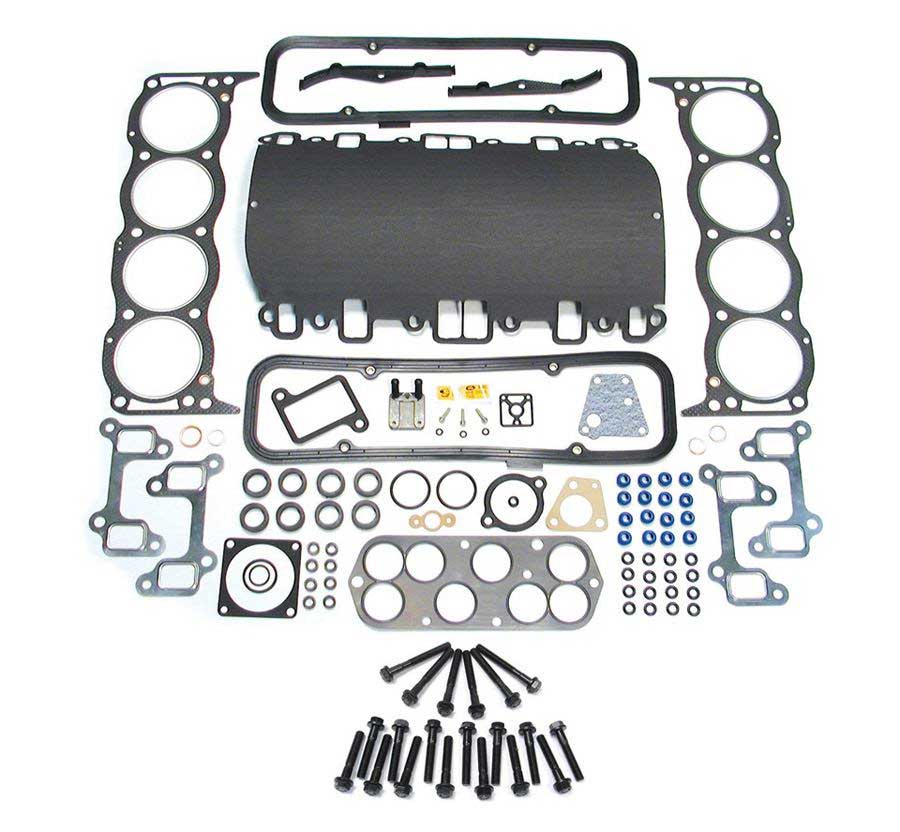 The original head gaskets on earlier Rover V8s were metal, but all worthy replacements will be a modern composite gasket, like in the kits above. A composite gasket seals better, and survives more heating and cooling cycles. Don’t freak out if the gasket coming out of your earlier engine doesn’t match the new one – you’re just updating your vehicle to the later standard. Later models came with a composite gasket from the factory.

Head bolts should be replaced as they are stretch bolts, and are one-time use only. The kits above include a complete set of replacement head bolts.

You can also opt for ARP Racing head studs, which offer increased reliability and strength over regular head bolts.

To pair with ARP bolts, head gasket kits without standard head bolts are also available for earlier trucks and for later trucks.

Tools for the Job

You’ll need some special tools and supplies beyond the usual sockets and wrenches any mechanic will have.

Coolant Hoses. There’s a good chance that the hoses are damaged from a possible overheating incident. They should also be changed periodically anyway, as rubber degrades over time, and there’s no better time to do it than when you have the engine apart and the system drained. This also allows you to make your life easier and drain the system by cutting the bottom hose, instead of trying to work the rubber off the flanges where it has adhered to the metal after years of use.

You should also consider replacing your thermostat – a small expense, but since you’re already in there, not that hard to do. We offer kits with the hoses and thermostat, custom-designed for your Land Rover. We've made ordering this stuff easy as well and we have a full range of Coolant Hose with Thermostat Kits available. 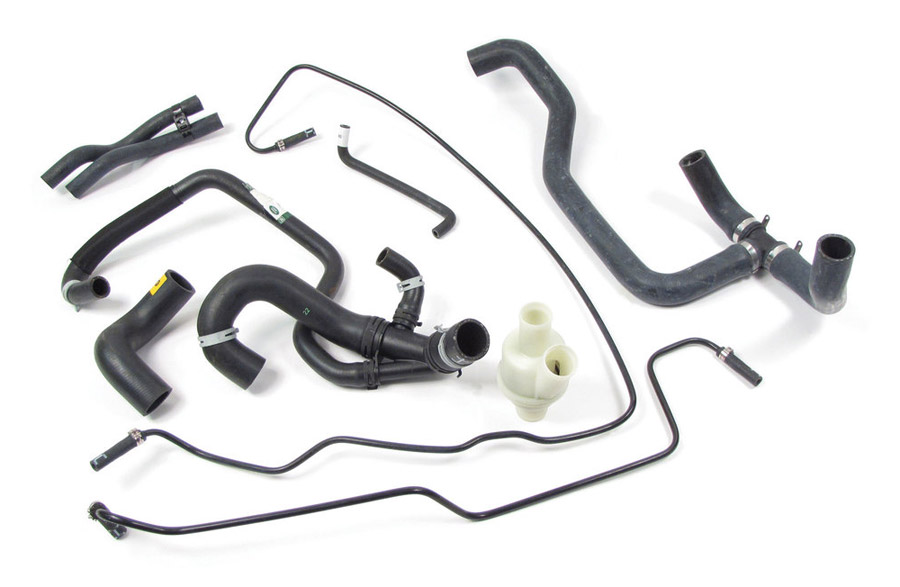 Your cylinder heads and engine block might need machining, if the engine has severely overheated. This is generally not a DIY job and requires an engine machine shop.

How to Do the Job

If this is your first major Land Rover repair, don’t despair! It’s a big job, but you can do it, and we all have to start somewhere.

Your workspace should be clean; a garage is preferable if you have one, but if you are doing it outside, a tarp under the engine bay will help keep dropped parts easy to find and keep toxic fluids from seeping into the ground.

Label everything! If you are unfamiliar with your engine bay, use masking tape and a Sharpie to mark all connections and what you removed them from. Use your phone camera liberally to record everything you disconnect – you may even want to make video clips where you explain to your future self what you have disconnected and how it goes back together.

Take things slowly. All of the trucks that use the Rover V8 are getting older, and your heads may not have been off the engine in decades, if ever. If you live in the Salt Belt, you’ll likely have corrosion on many of the bolts and fittings. Exhaust manifold studs are mounted tightly, but can also snap off their heads relatively easily, turning an easy job into an all-day affair. Use patience, lots of lubricants, and if you’re comfortable with it, a heat torch when needed.

Overall, a head gasket repair is not beyond the domain of the average home mechanic. It’s a big job, but it’s just a series of steps of disassembly and reassembly. If you do it methodically, it will take a while, but it can get done. At that point, your world opens up to repairing more and more on your Land Rover yourself, too – and there is no more satisfying feeling than successfully starting the truck after such a major repair!

Watch our videos for a detailed overview, instruction as well as helpful tips and tricks. 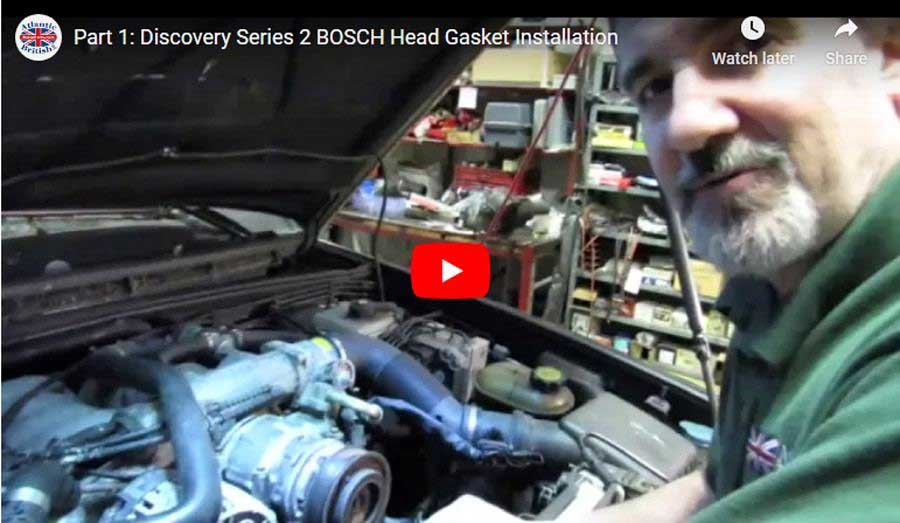 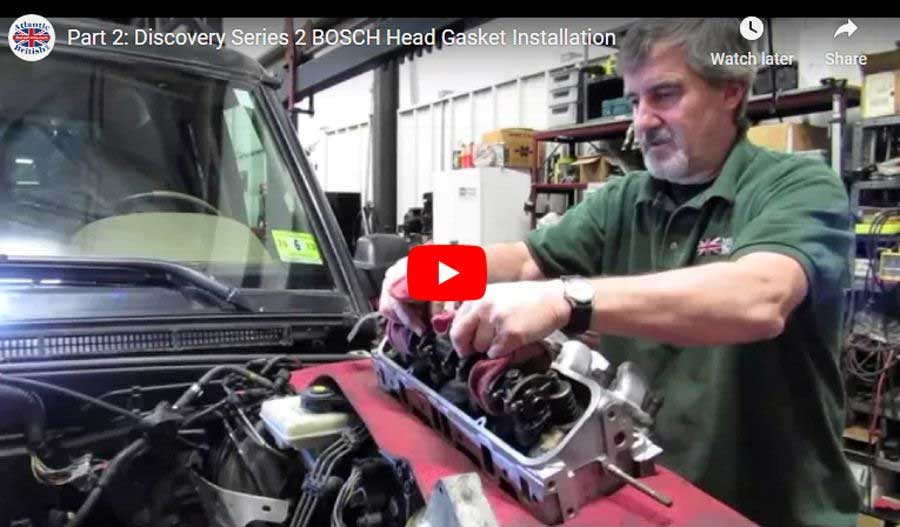 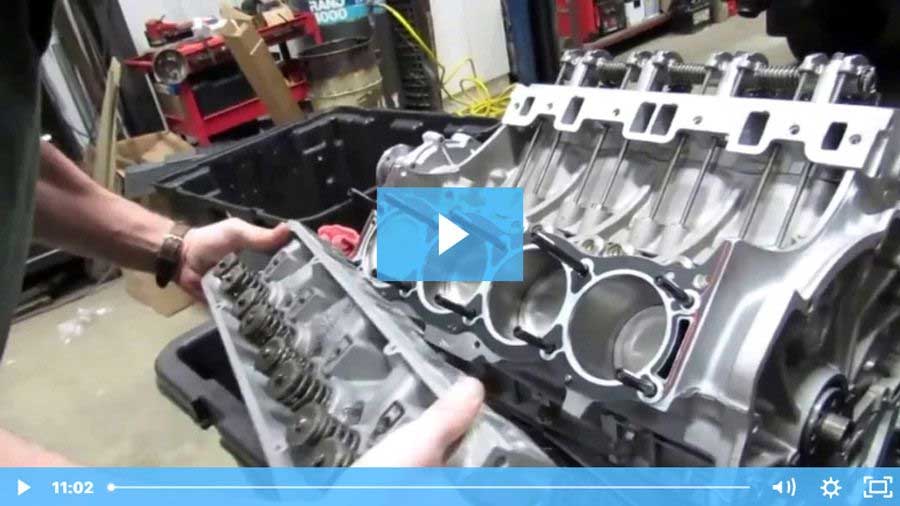