In 1998, Land Rover replaced the venerable 300tdi diesel motor with the Td5, a five-cylinder 2.5-liter engine that brought computer control to a Land Rover diesel for the first time. Now, in 2023, we are entering the era in which the Td5 is legal to import to America in Defenders and the earliest rest-of-world Discovery Series IIs.

My Vancouverite friend, Spencer, has been enjoying the benefits of the Td5 for a few years, thanks to Canada’s fifteen-year import rule (as opposed to the United States’ 25-year rule.) Over the past few years, we’ve done a few trips around British Columbia in his truck, a 2000 Defender 130. For New Year’s this year, we decided an extended road trip was in order, and plotted a 9-day adventure to one of my favorite places in the entire world, Death Valley.

While the primary goal of the trip was to hang out and go camping, it turned out to be a good way to reflect on the benefits of the Td5 motor. We began the trip on December 26th, with me flying to Seattle and him driving down from British Columbia to meet me for the journey south. Over the course of two days, we covered a thousand miles, both on the I-5 and secondary highways like US-395. On these roads, we had to maintain at least a 65 MPH baseline speed, and being able to crack 70 MPH would be nice. 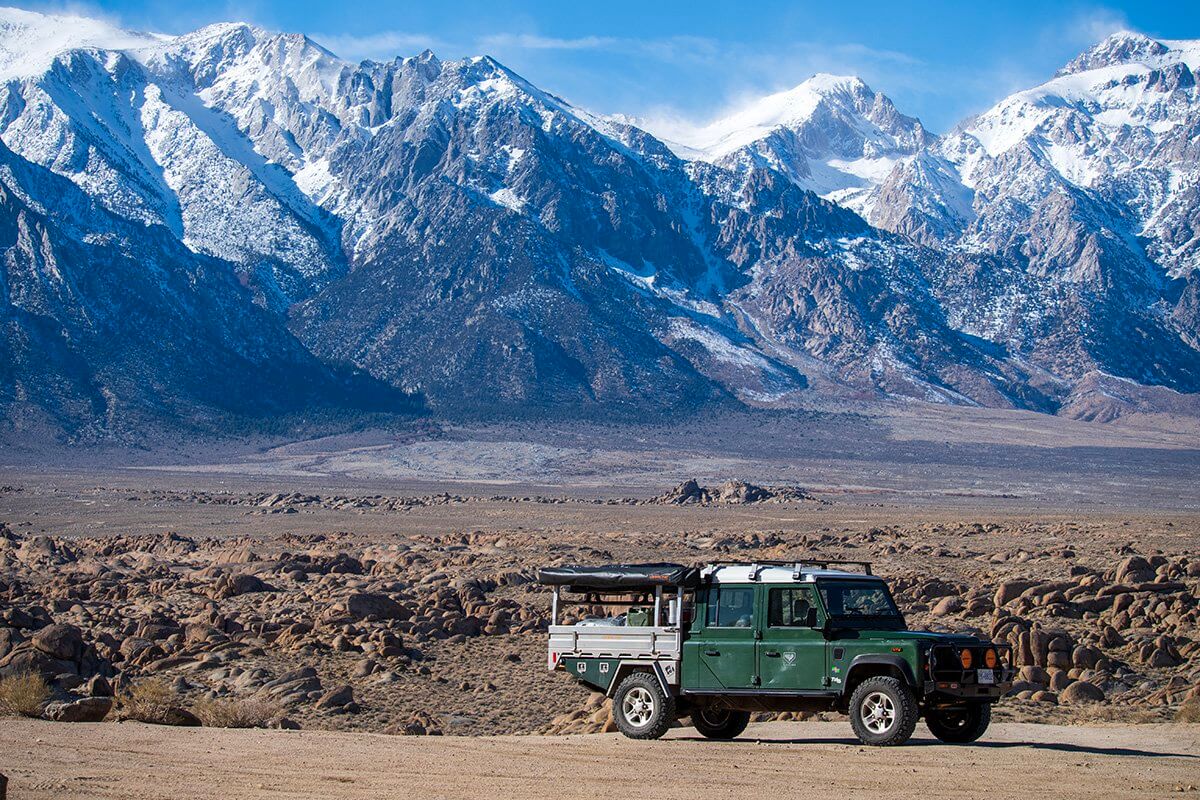 I had no expectations of a classical Defender meeting my usual travel pace in my LR3. (I will simply define this pace as, “if you’ve ever driven among my people in New Jersey, you will understand.”) However, the Defender does have a reputation that precedes it, that of being slow to the point of being unsafe. This reputation is probably built in part by the pace of the Series Land Rover, where the archetypical "two-and-a-quarter" motor tops out happily at about 55. Subsequent generations of Defender powerplants built up power, speed, and handling, and even the 300tdi can maintain a modern highway speed limit, at least on the flats.

Where the Td5 really shines, though, is with its road manners. We railed on it, a constant 65-70 MPH for two days straight. During all this time, we were able to have a constant conversation without shouting over the motor (well, I was – see aforementioned New Jersey comment), something that the Defender’s reputation tells you is impossible. And if we weren’t talking, we could listen to (and comprehend) a podcast or a song on the radio.

None of this would be unusual if the vehicle in question wasn’t a Defender. The reputation of the Defender as a hornet’s nest of cacophony came from the V8-powered soft-top NAS trucks and various earlier diesel imports. Having experienced a number of Defender and Series power plants over the years, I really think the Td5 is where the Defender started to add the highway to its all-around capabilities. 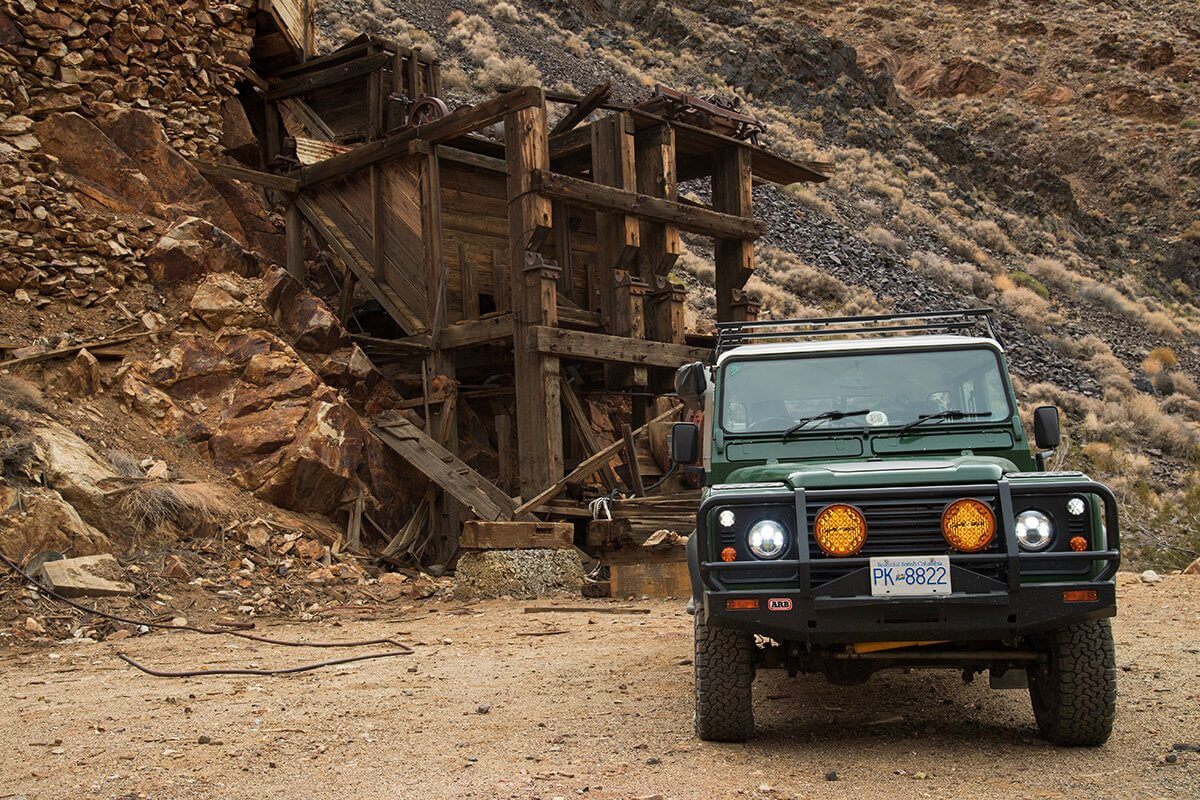 Of course, the point of our trip wasn’t to drive down the highway and back – it was to off-road. Death Valley offers a wide variety of terrain, in one of America’s most mind-boggling natural landscapes. The highest and lowest points in the Continental United States (14,505-foot Mount Whitney and 282-below-sea-level Badwater Basin) are 85 miles away from each other. In between, the Argus and Panamint Mountains offer a variety of backcountry trails to explore, many leading to the ruins of old mines. Death Valley is a place I return to every few years and have still seen but a small corner of.

There are all sorts of terrain choices on this journey – rocky hill climbs, long descents, and winding dirt tracks. Recent rains also added some washouts to the mix. That’s the exact kind of terrain that really lets the Td5 shine, and shows how a little bit of computerization can go a long way to improving the off-road experience.

To start, the transfer case has a sensor that tells the ECU when you’re shifted into low range, which then makes the throttle response less sensitive. (Yes, this is a drive-by-wire motor!) In a way, it’s a very primal version of the Terrain Response system that would come out a few years later on the LR3, where throttle response adaptation is a hallmark of the system. The computer is also able to detect a stall and slightly increase the fueling to prevent it from happening. 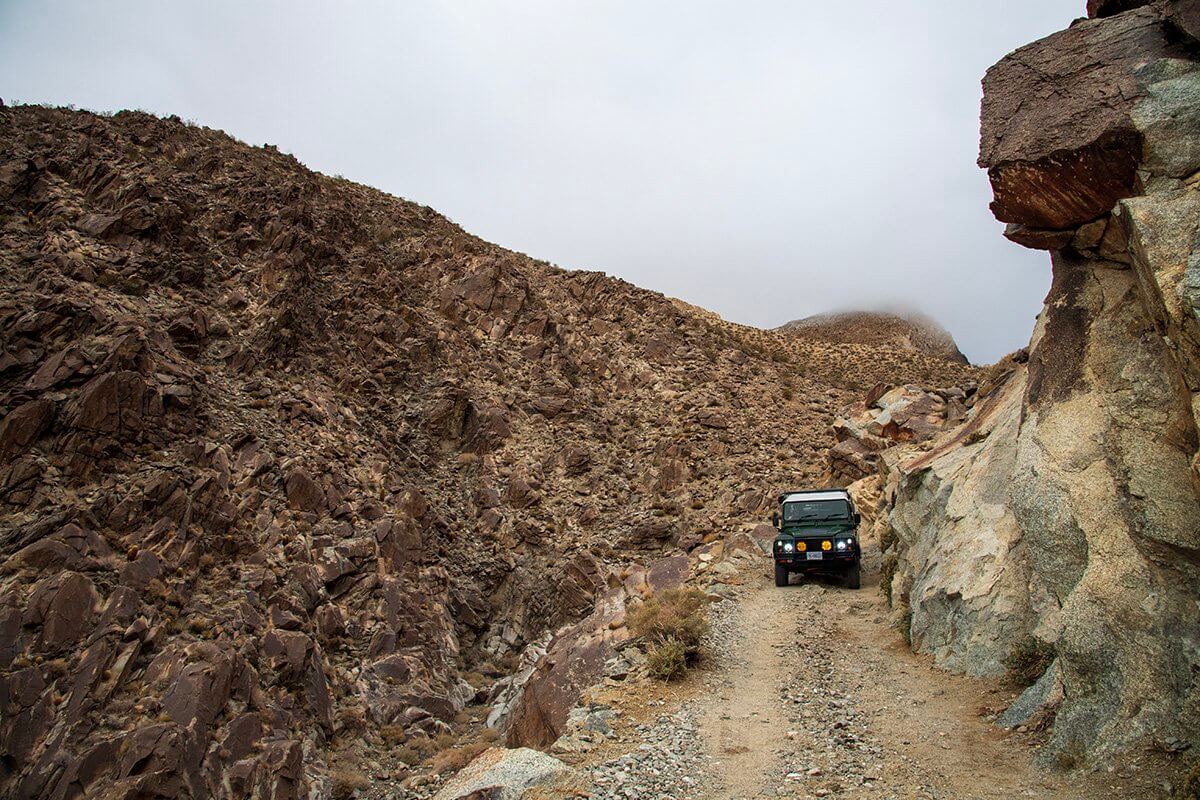 The ECU can also prevent overboost, and manages fueling based on air pressure, elevation, and other factors that impact performance. Even at thousands of feet of elevation in the mountains, the engine can adapt to the situation. Both the Td5 and the 300tdi have a mechanical wastegate to prevent overpressurizing the turbo, but on the 300tdi, if it breaks, an overboost will occur and cause damage. The ECU on the Td5 prevents this situation, cutting fuel if it senses impending disaster.

For all the concerns about a computer-controlled motor, consider the fact that this truck is just shy of 23 years old, and still on its original electronic injectors, sensors, and ECU. Ask any Td5 enthusiast in the UK, and they’ll have trouble remembering the last time a computer left them stranded. (Even with the number of sensors present, the motor will still function in a fallback mode with all but the flywheel position sensor disconnected.)

Also, the Td5 came out in that 1990s sweet spot where computers helped with engine function and reliability but weren’t overly concerned with emissions controls. For early Td5s, this was done passively with a vacuum-controlled EGR circuit and a catalytic converter -- nothing in the computer is dedicated to emissions.

The Td5 was originally designed as the middle child in a three-size motor family, with four, five, and six-cylinder variants. The larger variants would have gone in Range Rovers and commercial vehicles, so the motor is extremely robust. It has a timing chain, instead of the 300tdi's timing belt, and there are two oil filters. All of this adds durability, making the Td5 perhaps even more durable in the long run than the "simpler" mechanical diesels. The factory also detuned the motor significantly for Defenders and Discoverys, leaving power reserves in the design for heavier vehicles. An ECU rechip can help unlock up to 30% more power, and with an upgrade to the turbo and intercooler, you can get 50% increases without overtaxing the motor.

The Td5 was Land Rover's very last in-house, clean-sheet engine design. The Puma motor that replaced it in Defenders in 2007 was a Ford design, and future diesel and gasoline motors in other Land Rovers were based on Jaguar engines from the 1990s. It's the last throes of traditional Land Rover engineering, a powerhouse, a highway-friendly powerplant, and even with a tray back and two guys' worth of camping gear, we got more than 20 miles per gallon the entire trip. The potential is endless, and the moment is now here for America to discover the Td5.