On November 4, 2020, crews were digging at Land Rover’s famous Solihull factory to build an expansion to the factory when they came across human remains. After forensic analysis, they were found to be the remains of sixteen people buried during the reign of Queen Victoria in the 19th century. In April, a Victorian-style funeral was held for the remains, before they were reburied.

The sixteen people were believed to have been buried in the Elmdon Church cemetery at the time of their death. At some point, while the land was still all farmland, an expansion was built at the church, and some bodies were moved to other areas to make room for the new building. For some reason, these sixteen bodies were moved further away, and instead of ending up in the churchyard, they were reburied a few hundred feet away in what would one day become the Land Rover factory.

At first, police thought that they were the bodies of the Milk Carton Kids, 11-year-old Patrick Warren and 13-year-old David Spencer, schoolboys who disappeared from Solihull in 1996. (The name comes from them being the first missing children featured on milk cartons in Britain.) However, after investigating the bones further, it turned out that they were far too old to be the boys – from 134 to 208 years old. They were also able to date the bodies by the design of the casket handles, which had remained even after the caskets rotted away. 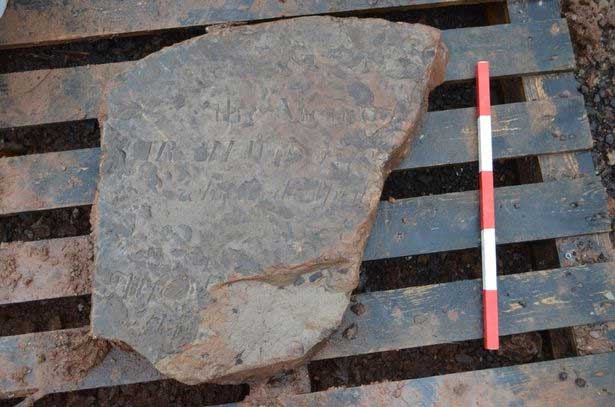 There was a fragment of a headstone, which said “Sarah, the wife of” with no further information. From there, researchers were able to find a Sarah who had been buried at Elmdon Church in the 1800s. When they re-surveyed the churchyard after the extension in the 19th century, her headstone was missing. They traced her bloodline, but it petered out after her only daughter died. The other fifteen people are still unidentified.

After the research was done, it was time to rebury the bodies, in the place where they should have been buried over a century ago – in the Elmdon Church graveyard. As the bodies had been disturbed and were being reburied, it was decided that instead of a modern funeral, they would hold a Victorian-style funeral. George John Funeral Directors organized the funeral, using one of Elmdon Church’s oldest Bibles and flaming torches as would have been used at the time. A procession was held, with the remains carried in a horse and carriage, flanked by men dressed in Victorian style. A Victorian-style coffin was also procured from a Birmingham casket maker.

The bodies should rest easier now, properly buried and marked in the churchyard. But their names, and how they ended up so far away under the future home of a car factory, may never be known.