The third generation Range Rover (L322) has aged like a fine Châteauneuf-du-Pape. The design was launched twenty years ago, in 2001, a major break from the more staid and traditional design themes of the Classic and P38. A sleek architectural exterior combined with a yacht-inspired cabin created something as at home in Monaco as in the mud.

Twenty years on, the L322 is still an icon, and has taken a place second to only the venerable Range Rover Classic in the hearts of Rangie lovers. They are a product of a turning point, as Land Rover became a more internationally focused brand, more aspirational, and more focused on road comfort without sacrificing off-road capacity.

In July 2021, I found myself on the west coast for a photography workshop, taking in the iconic lighthouses of the Oregon coast. I spent a few days visiting my good friend Nathan Tucker in Portland beforehand. Nathan’s known in old guard Range Rover circles as a diehard enthusiast of the type, and he flipped me the keys to his recently acquired 2009 Range Rover Autobiography for my road trip.

The Autobiography is the top level of Range Rover in any generation, with the biggest engine and finest interior accoutrements. The 2009 Autobiography was the first Autobiography L322 in the USA, and the only one with the 4.2-liter supercharged V8, before the 5.0-liter was introduced in 2010. The main difference from the regular Supercharged is the upgraded interior, with about twice as much dead cow covering the various panels and surfaces. Nathan’s truck bore the scars of a few years of city life, but otherwise was a rock-solid example of the best of the breed even with over 150,000 miles on the clock. 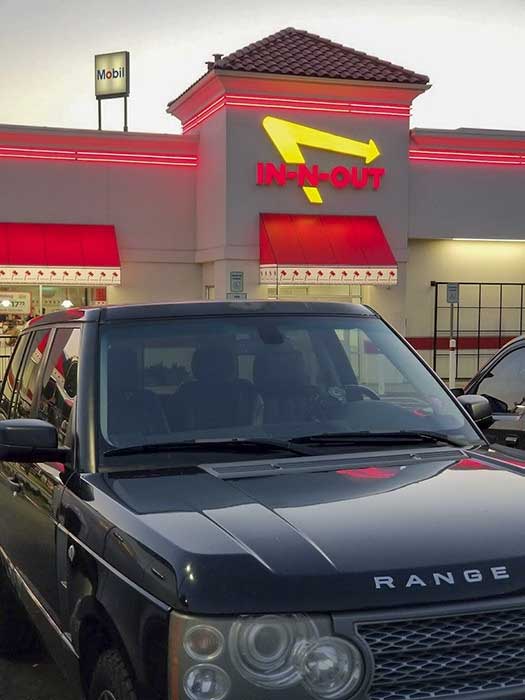 I started my trip with an eight-hour drive south to Trinidad, California, where I planned to double north along US-101 to join my workshop after a day of exploring a piece of the California Coast I wanted to dive deeper into. The road ahead was all highway, and I hoped that the 400-horsepower V8 would help make the miles melt away. Interstate 5 across Oregon goes over some mountain passes, interspersed with some long flatter cross-country sections. The entire time, the Rangie held a solid (redacted) miles per hour, even uphill. Slightly leaning into the pedal triggered that oh-so-British supercharger whine, and any reduction in road speed was quickly regained.

Considering the drive to Trinidad was 400 miles in an evening, it was remarkable how little I felt the distance when I arrived. Being impossibly frugal and preferring the flexibility of starting up and going immediately in the morning, I parked the Rangie in a rest area off the 101 and passed out in the driver’s seat for a few hours. I wasn’t alone – every spot in the rest area was taken when I arrived at 1:00 AM, with the summer of van life in full swing.

The next morning, I traded the high speeds of I-5 for the leisurely pace of the 101 in Northern California. The coast road from San Diego to San Francisco gets all the glamour and glory, but having seen it all, I think it really gets good on the northern side of the Golden Gate Bridge. The northern coasts are more rugged, and in Humboldt County the road dives inland into the majesty of the redwoods to circuit the unbreached Lost Coast. 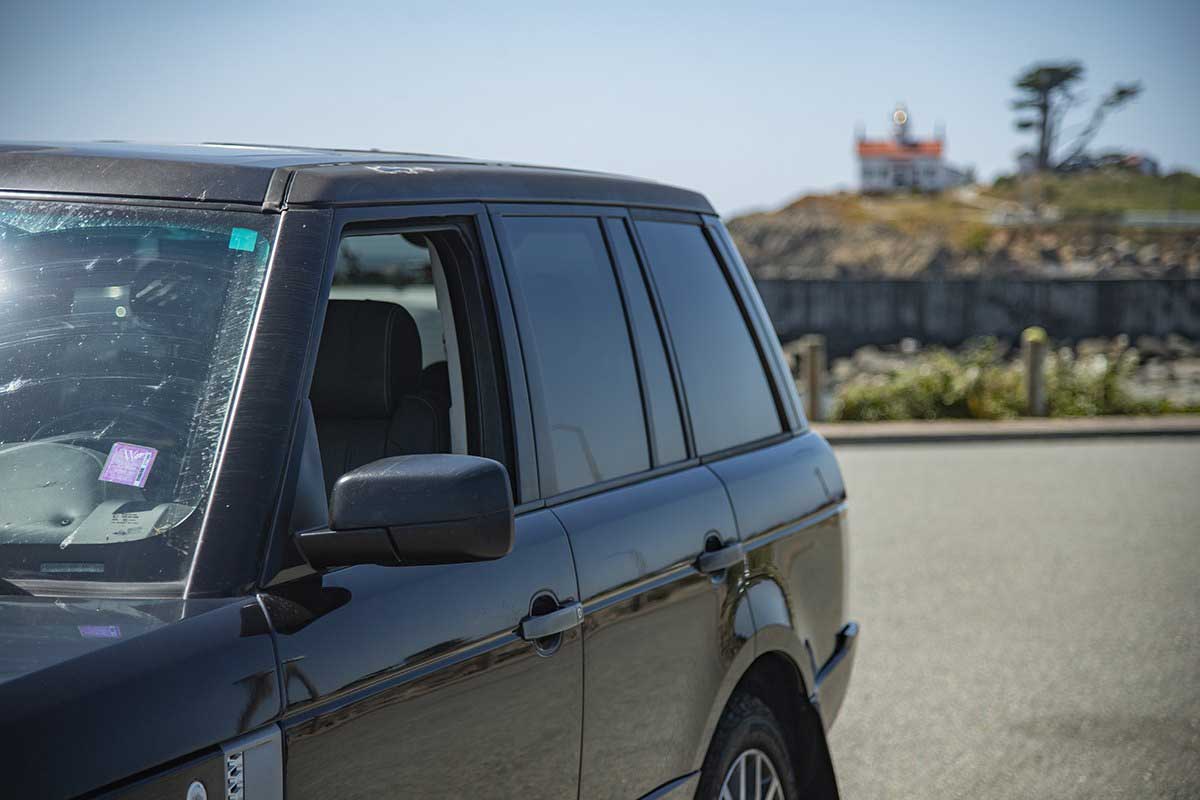 Spurs go off the 101 into towns there, like quaint Shelter Cove, located at the end of a winding 22-mile road downhill along the Coast Range. The road twisted and turned, requiring constant application of the Brembo brakes installed on supercharged Rangies. Still, the air suspension and various vehicle dynamics held the truck steady, making the trip both ways enjoyable and exciting. At the bottom, even after a spirited descent of several thousand feet, the brakes weren’t cooking nearly as much as I expected them to be.

After a day of exploring the lighthouses of the Lost Coast, I headed back up to Oregon, stopping along the way to photograph the Range Rover with the former Ship Ashore Resort, built out of the former luxury yacht Caritas. Then it was on to Oregon, running the Rangie on fumes until I got across the border, where premium gas was “only” $4.25 instead of $5.25.

For the next five days at my photo workshop, the Range Rover showed how far beyond being just a luxury car, it can also be such a useful tool. The large cargo area swallowed both my gear and, when needed, others’. The top-spec seats were comfortable for both driving and sleeping for a few hours between shooting lighthouses at various times of the night. When we had to traverse long distances – the Oregon coast is over 300 miles long, and we had to double back several times to photograph in ideal circumstances – the comfort and power made the drives easy and non-fatiguing. When the winds that plague the coast in the summer were wailing, its boxy profile made an excellent wind block for everyone’s tripods to prevent blurry images. The two-piece tailgate was a lunch table, bench, and workstation for uploading photos to my laptop. 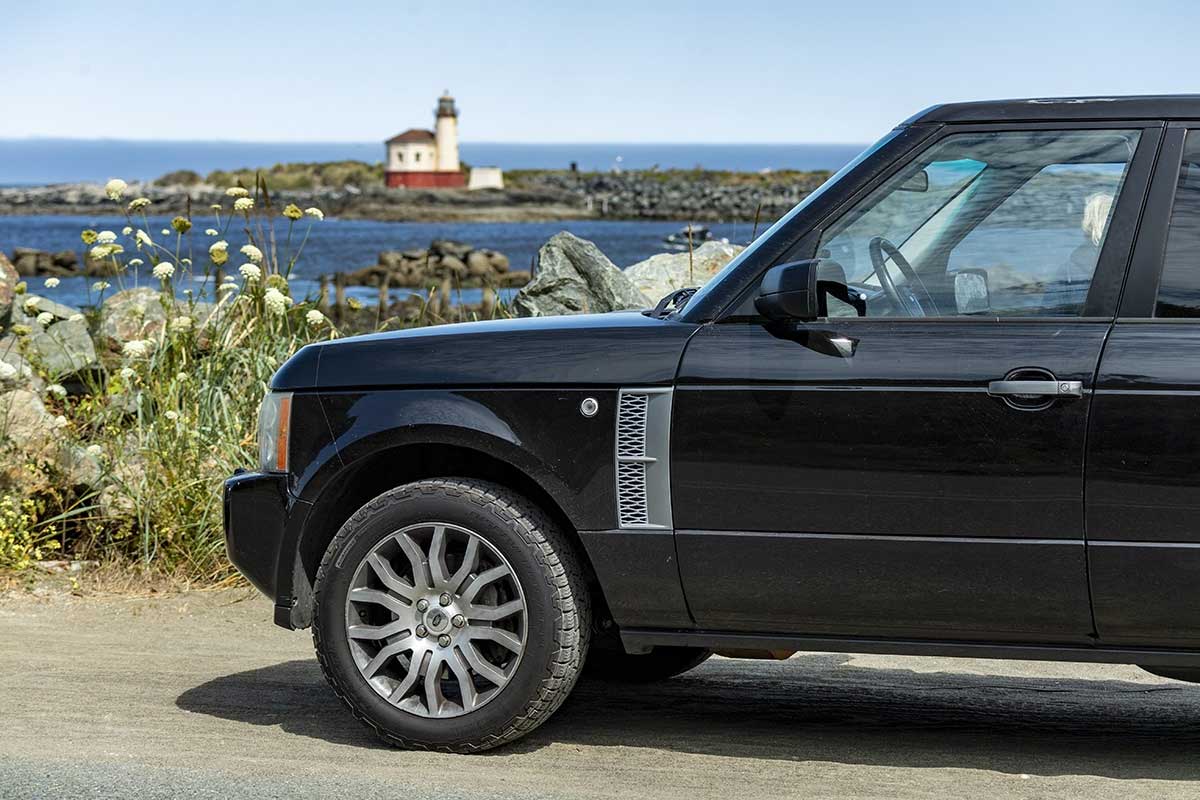 Two decades later, the L322 is still a head turner, and remains an all-around hero of the road and trail. Though some of the in-car entertainment technology has become rather dated on earlier models, the interior as a whole still stands up as a timeless and classy design. The exterior, which hearkens back to the Range Rover Classic more than its predecessor P38 model, cuts a striking profile a decade after it ended production, perhaps more distinctive than its successor. The driving dynamics remain fantastic, with the V8 and suspension tuning making for an excellent, if thirsty, highway cruiser. As the coming fifth generation Range Rover is about to put the L322 as far removed in the lineage of generations as the Classic was with its launch in 2001, it remains a comfortable, modern, and iconic vehicle – well worth considering, before clean examples become even less of a deal.