The annual Dakar Rally is on the go again, in its third year in its new home of Saudi Arabia. This year there are several Land Rovers running the event, including several Bowler race cars in the main event, and a number of vehicles in the Classic category.

In the primary “Cars” category (at Dakar, “Trucks” means large MAN and Unimog trucks), several Bowler race trucks are competing. French Team MMO Les Lyonnais are running two Bowler Wildcats, and Bowler themselves are running a later Bowler Bulldog. This is effectively Land Rover’s in-house corporate racing team after they were folded into the Special Vehicles division in December 2019. Both the Wildcat and the Bulldog are based on the classical Defender.

There are significantly more Land Rovers being run in the Classic field, a new classification that started in last year’s event and has been a wild success. Classic is for vehicles built before the year 2000. The rally is being run slightly differently this year, with less focus on regularity and more on navigation challenges. There are seven Range Rovers, a Defender 90, and three Series IIs running this year. The Range Rover Classics may well be a choice inspired by Land Rover’s dominance in the early years of Dakar, including winning the inaugural 1979 event. 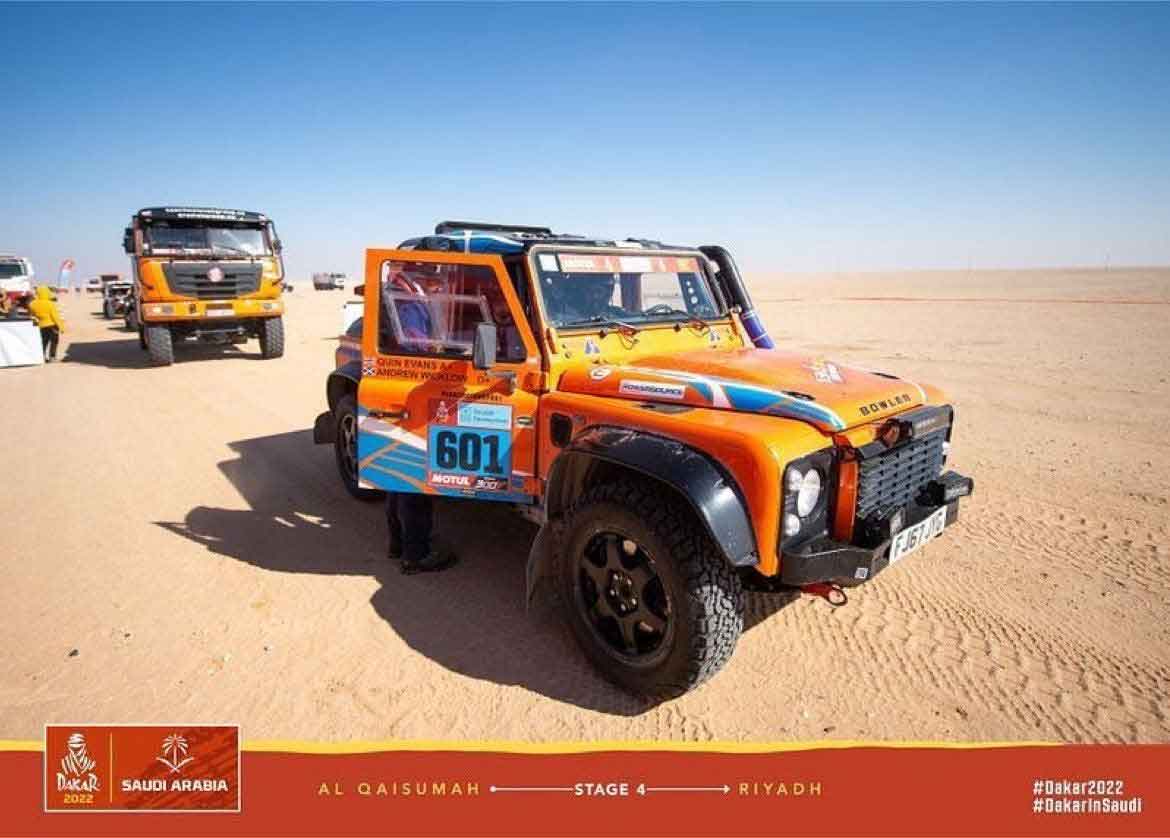 This year’s event is the third to fully operate within the bounds of Saudi Arabia. Though the original deal with the Saudis for the event only required the event to be fully within the country for the initial 2020 event, Covid restrictions in 2021 and 2022 have kept it in the country. Dakar was last held on the traditional Paris-Dakar route in 2007. The 2008 event was cancelled due to the murder of four French tourists in Mauritania in late 2007. Events from 2009-2019 were held in South America.

The 2022 rally started on January 1st, in Ha’il, and ends on January 14th in Jeddah. At that point, we’ll have a better idea of how the various Land Rovers did – and a wrap-up of the Rovers’ performance!