The Freelander has an atrocious reputation in America, with the insane rate of failure in the 2002-2005 models causing serious brand damage to Land Rover. The V6 engine and 5-speed automatic transmission had intrinsic design failures, and they have fallen off the road massively in the USA in the past two decades since their launch.

But the Freelander was a massive success globally, and though they’re gone here, they’re still a common sight in other parts of the world. How? Why? Well the answer is…the US got the short straw with the Freelander. Other markets got a somewhat more durable Rover-designed 4-cylinder gas or diesel motor, or a sturdy BMW-derived 4-cylinder diesel. Paired with a relatively trouble-free manual transmission we never got, the Freelander is the unkillable cockroach of Land Rovers in much of the world.

One of the true highlights of 2022 is that the very first 1997 Freelanders turn 25, and so you can bring them into the United States, if you are so inclined to import such a curious specimen of a vehicle. The first few years of vehicles – the 1997 to 2001 models were not imported to the USA at all – are resplendent in late 1990s aesthetics, with many models boasting teal patterned interiors and side decals. There’s also the three-door model with removable rear roof, which featured in the American market as well.

The Freelander was always popular in the rest of the world, particularly Europe. (Honestly, it was popular in its first year in America, too – 15,021 were sold in 2002, only slightly short of that year’s Discovery Series II sales.) Its small size lent itself to ancient European cities, and for many years it was the best-selling 4x4 in Europe, outclassing the Discovery which had often previously held that position. The first generation sold 540,000 units over nine years, nothing to be ashamed of. 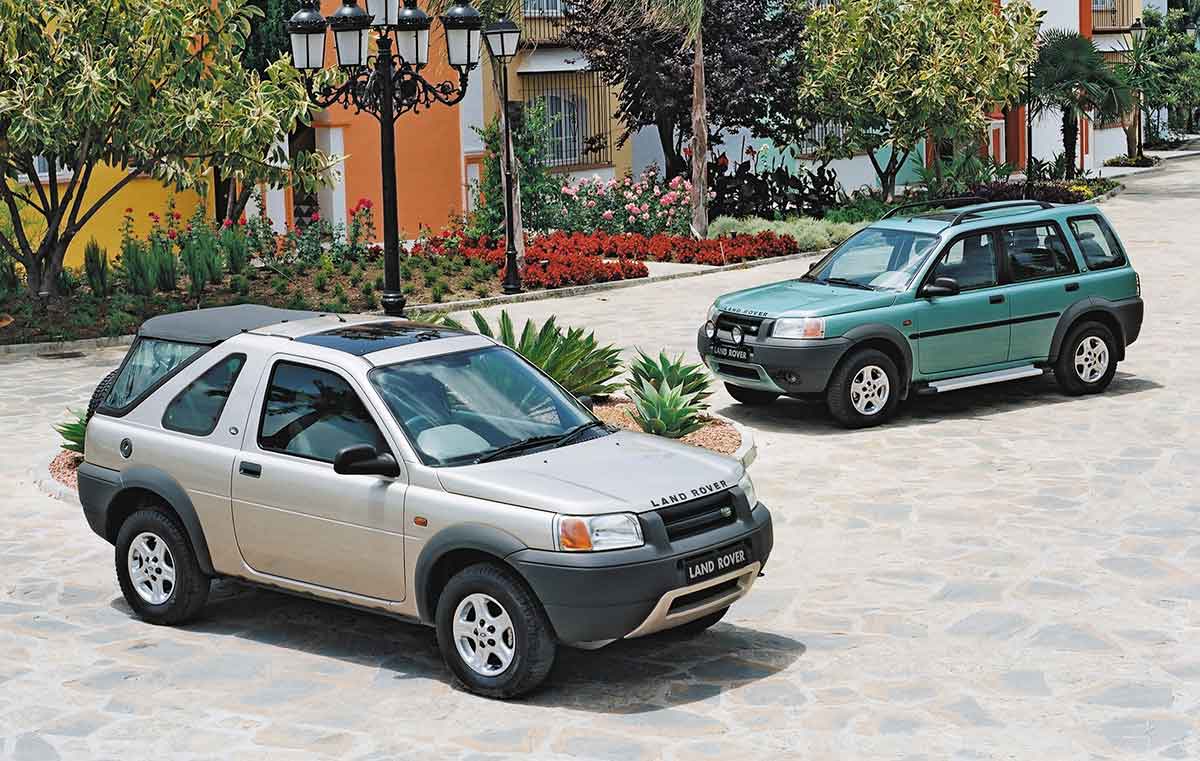 While seeing a functional Freelander driving on the road in the USA is about as rare as an eclipse, that’s largely due to the fatally-flawed engine and transmission combination we got. The V6 engine had liners that were glued in place and would frequently come unglued. The JATCO 5-speed automatic transmission featured an intermediate unit that would frequently fail.

The manual transmission didn’t have issues to the same degree. The Rover K-Series petrol engine had its own issues, most notably chronic head gasket failure. Early diesel models featured the Rover L-Series motor, which had some similarity to Land Rover’s Td5 motor. Later diesels, from 2002-2006, had a BMW M47 motor, which is considered to be relatively bulletproof and the best of the choices.

The biggest issue with global Freelanders is that the viscous coupling unit (VCU) in the transfer case tends to fail. The common cure here, for a truck that won’t be going off road, is a two-wheel-drive conversion. By removing the VCU and rear propshaft, the truck can function perfectly fine on-road as a front-wheel-drive vehicle. While it loses the thing that makes it most a Land Rover, a number of Freelanders have survived in this form.

Of course, these other variants of Freelander aren’t without sin – they just don’t have the chronic issues of the V6/auto combo. But any American Land Rover fan who goes to Europe has probably been shocked by how many Freelanders are still out there on the road. The answer is simple…we got the worst possible setup with the NAS version.