The new Defender was supposed to launch alongside the new James Bond film, No Time to Die, in the spring of 2020. The Defender came out, with a lower-key launch. The 007 movie still hasn’t seen the silver screen, with the American debut finally coming on October 8th after multiple Covid-related delays.

The benefit of this delay? With the Defender in full production now, there’s some breathing room to build 300 special Defender V8 Bond Editions, courtesy of the Special Vehicles division.

The Bond Edition is available in either 110 or 90 guise, both with the supercharged 525-horsepower V8. They come in black with the Extended Black Pack, Luna Gloss Black wheels, Xenon Blue front calipers, and Defender 007 badging. The idea is that they look like the trucks driven in the film, which are some of the first Defenders off the line.

The truck features the 007 logo all over. There’s a special badge, special door sills, etching on the ends of the dashboards, the puddle lamps, and the special edition logo on the center console startup screen. 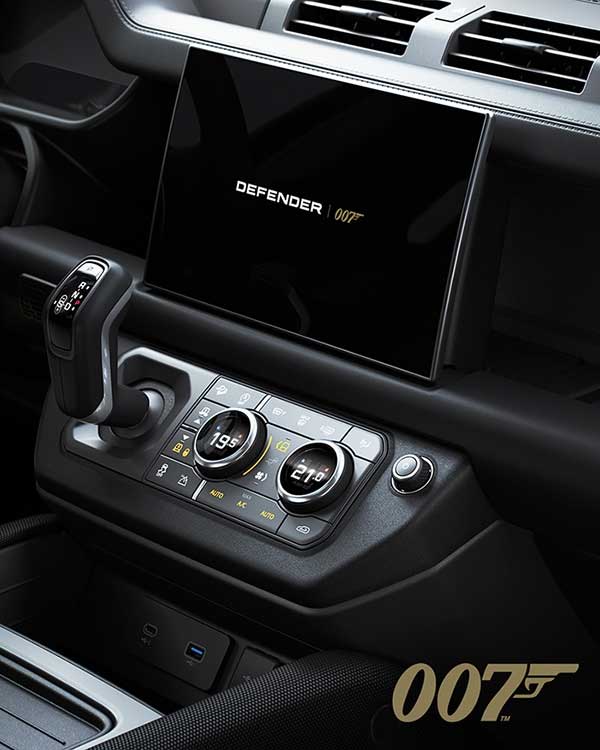 We haven’t seen the full scenes featuring the Defender in the film yet, but the trucks featured in the film's trailer, and Land Rover made a Defender ad featuring the James Bond theme song and the stunt trucks. The ad was intended to launch the Defender with in-film product placement and briefly ran on television before the movie was postponed.

There wasn’t the production bandwidth to make a special edition at the beginning when the film was first scheduled to come out, nor was there the powerful V8 variant. But now, these 300 trucks should be a future collectible for any Bond superfan, and after decades of Bond Cars, it’s as close as you can ever come to buying one of your own at a dealership. 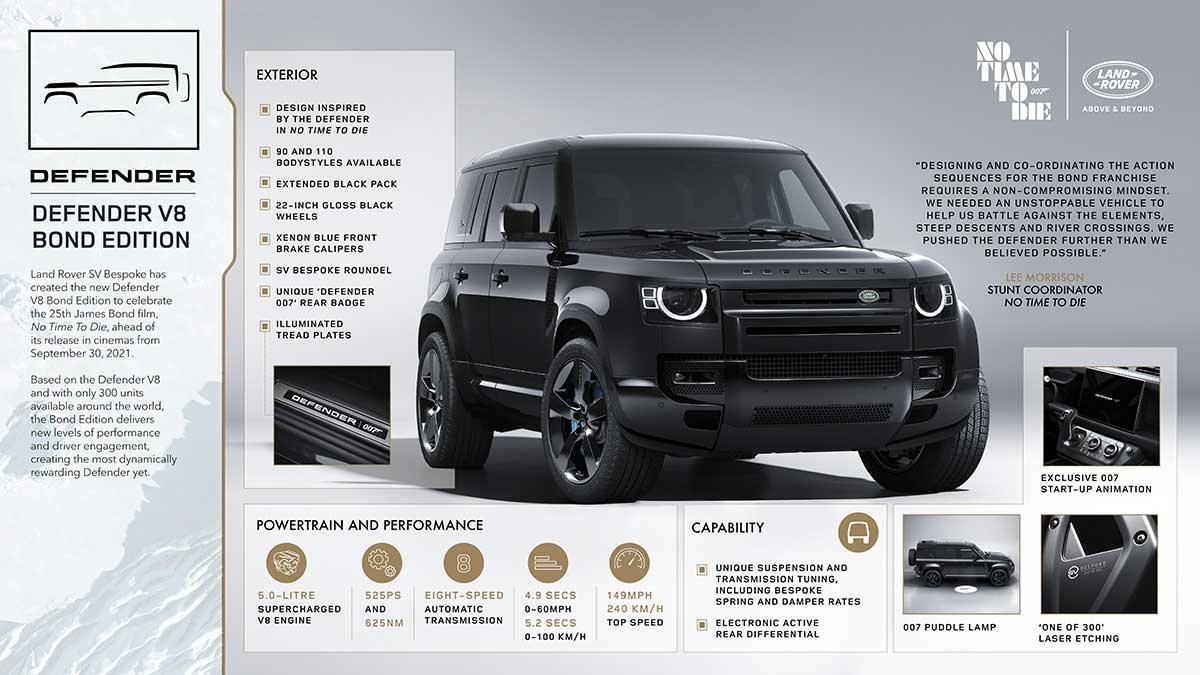