The new Range Rover Sport debuted on May 10th, bringing the design themes of the new full-size Range Rover to its smaller sibling.

Range Rover Sport is a vital link in Land Rover’s “product family” concept. The Sport generates as many sales in a normal year as the full-size Range Rover, and inserts itself as a bridge large vehicle option versus the ever-more-expensive flagship. It also creates a space for more sporting variants, like the fire-breathing SVR.

The third generation continues the tradition of the Sport being derivative, but not duplicative, of the full-size truck. Like the outgoing second-generation, it carries the overall lines of the full-size with a snubbed-off rear. However, it eschews the flowing boat-tail stern of the L460, in favor of a tauter and burlier stance. 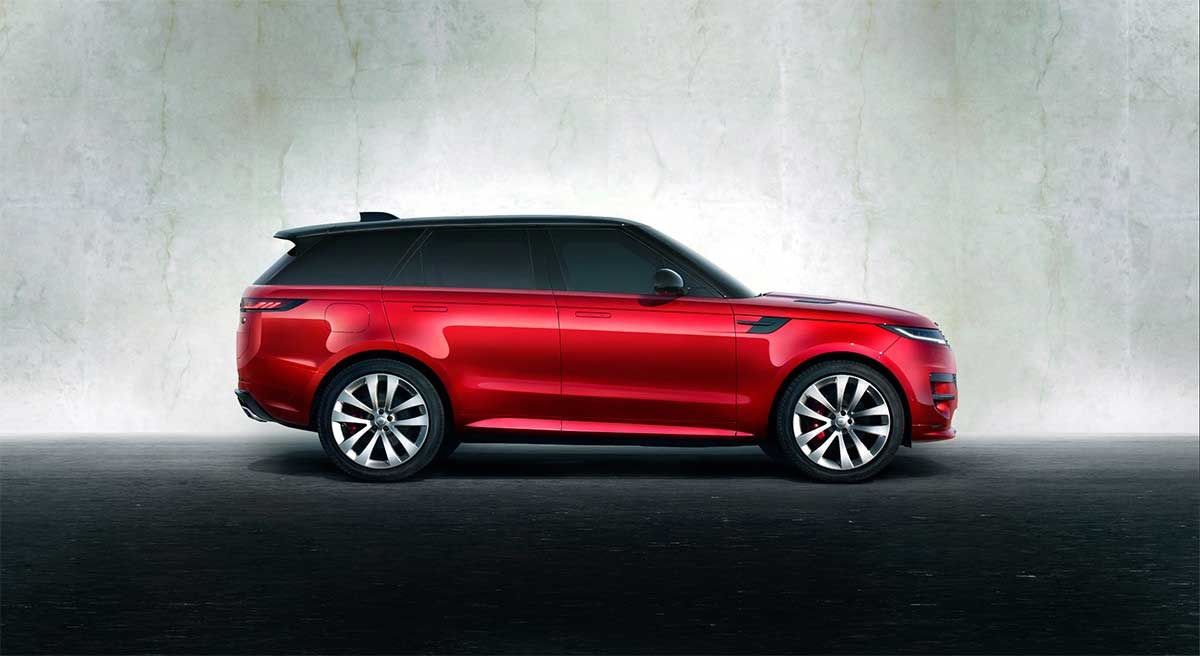 Like its new larger brother, the changes here aren’t nearly as dramatic as the last generation was in 2013. The Sport has been massively successful around the world, so why mess with it? Like the new “L460” Range Rover, changes in the front are subtle, and someone who doesn’t know Land Rovers might confuse it for the outgoing model. The generally-familiar side profile continues to exemplify the “reductive” styling that started with the Range Rover Velar in 2017, with Range Rover Sport becoming the last model to switch over to retractable door handles. The big changes come at the back – like the full-size. 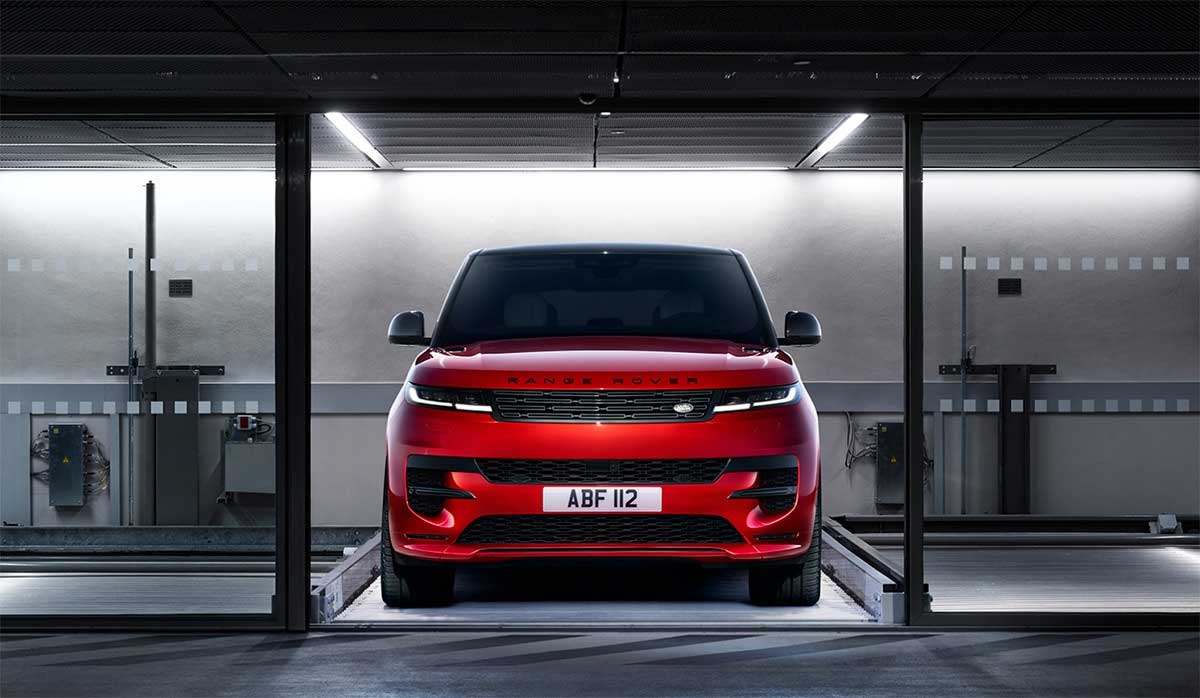 The prior generation differentiated itself from its big brother with horizontal tail lights, instead of the vertical lights that were the hallmark of every full-size Rangie save the P38. That continues for 2023. The only significant ornamentation at the aft is a slim black bar that glows with two slender U-shaped taillights when the truck starts up, mimicking the Evoque and Velar. There is a vestige of the black stern ring from the flagship in the sheet metal, making a subtle connection between the two Range Rovers.

Inside, the Sport again mimics the themes of the full-size, putting its own flair on it. When the Range Rover Sport launched in 2005, the major difference between it and the full-size (or even the LR3 it was based on) was the cockpit. While most Land Rovers have upright dashboards and low beltlines, the Sport has always had a lower, sleeker dashboard and console setup.

That continues here. The controls in the center stack are in the same arrangement as the big Rangie, but everything is lower-slung. The full-size has a flat center console with the shifter and essential controls mounted in kind, while the Sport puts them on an incline with the climate controls. Everything inside is sleeker, sportier, and more streamlined, which becomes more clear when you put the two interiors next to each other. 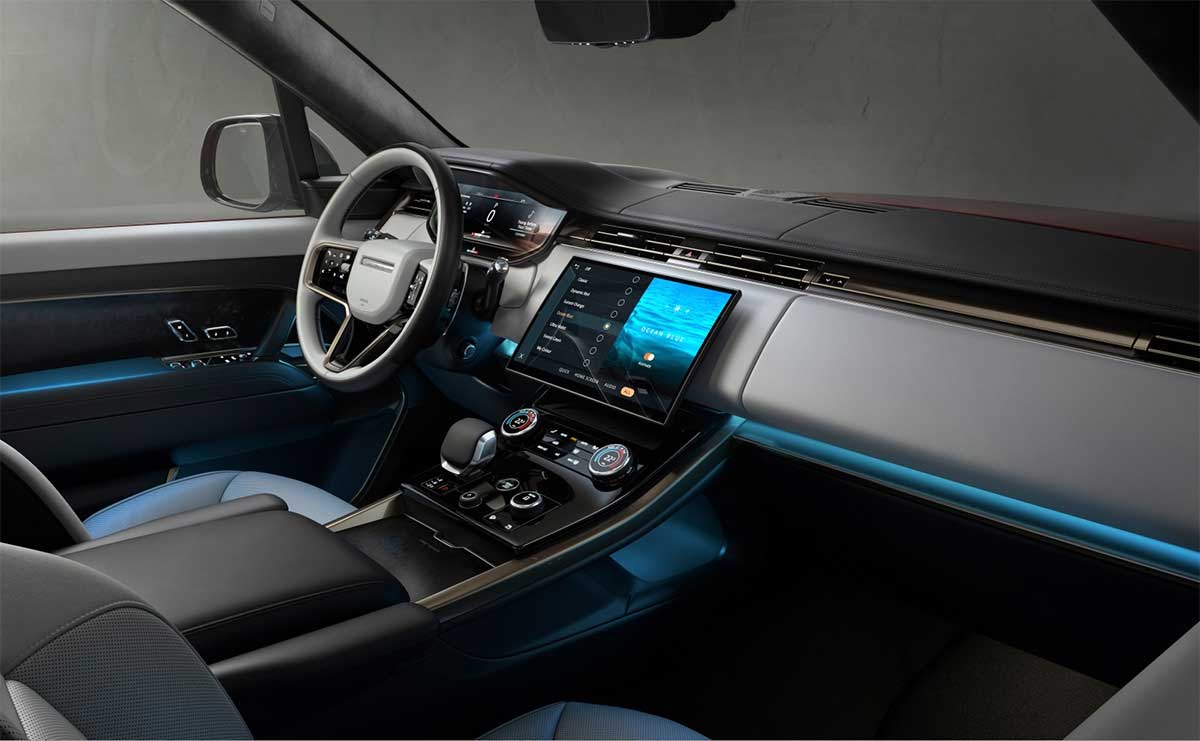 As far as technology goes, the Sport carries over much of it from the full-size, although many of the standard features on the flagship are optional on the Sport, or not available on all trims. The standard four-wheel steering from the flagship is an option on the Sport. It’s included on First Edition models equipped with the trim-exclusive Stormer Handling Pack – a tribute to the 2004 Range Stormer concept car, from which the first Range Rover Sport was developed.

Also carried over from the flagship is Dynamic Response Pro, an electronic sway bar system that creates huge amounts of roll control (without the headaches of the hydraulic Active Cornering Enhancement system from Land Rover's past). All Range Rover Sport models come with Dynamic Air Suspension (DAS), the latest iteration of Land Rover’s 30-year air suspension heritage. DAS varies the air pressure in the chambers of the air springs to deliver the cushy Range Rover ride with the dynamics a Range Rover Sport buyer expects. 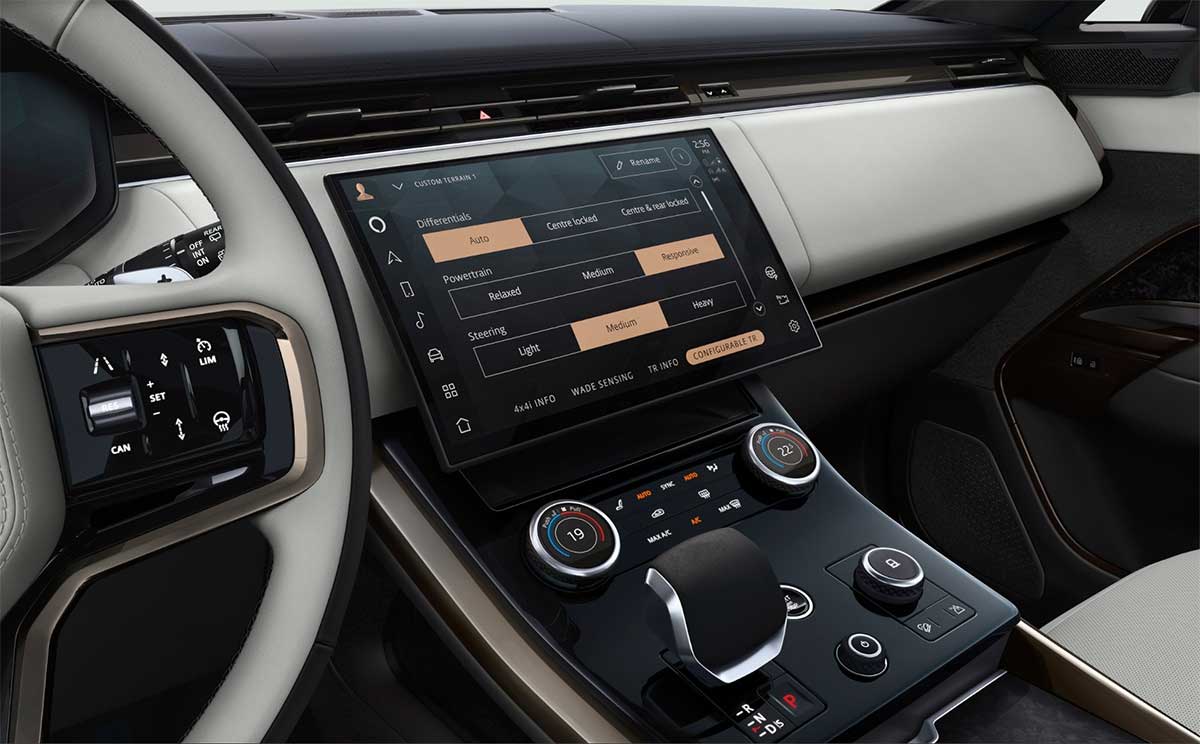 The Sport is built on the same Modular Longitudinal Architecture (MLA-Flex) that underpins the full-size, and it has a similar selection of powertrains, too. The base motor is Land Rover’s now-ubiquitous 3.0-liter mild-hybrid straight-six, which also appears as the entry-level selection in the full-size Range Rover, and as an upgraded option in Defender and Discovery. There’s also the option of a BMW-derived twin-turbo V8 in the First Edition, and a 3.0-liter plug-in hybrid (PHEV) option for the Autobiography. A full-electric version is due for the 2024 model year, alongside a full-electric flagship Range Rover.

The Range Rover line, now fully refreshed with a cohesive set of design themes, looks set to dominate the luxury SUV sphere for the next decade. Range Rover Sport will have a huge bit to do with that, bringing Land Rover’s luxury volume seller into a third generation.