With Land Rover partnering with the 2023 Rugby World Cup, it’s worth looking back at the three prior World Cups Land Rover sponsored: the 2011 New Zealand event, the 2015 event in the UK and Ireland, and the 2019 event in Japan.

The partnership began in 2011, when Land Rover became an Official Sponsor of the World Cup in New Zealand. They supplied over 30 vehicles and supported the official app for that event. (Fun fact: in 2011, the app was available on six operating systems – including BlackBerry and Windows Phone 7.) 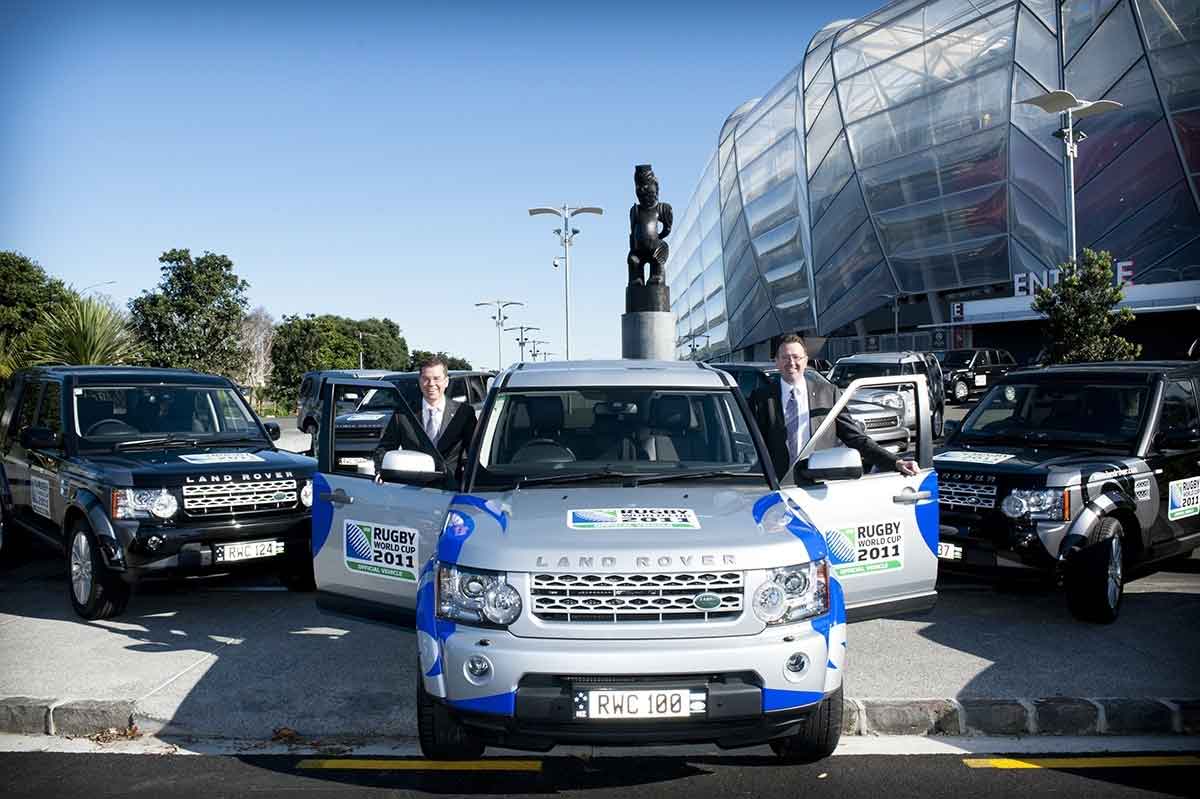 The 2015 event came in the twilight days of the classical Defender, and the home-turf event was a way to say farewell to the icon. They also had a fleet of 450 vehicles to transport match officials, support staff, and VIPs around Britain.

The most iconic vehicle out of the 2015 World Cup was a custom Defender 110 double cab pickup that transported the Webb Ellis Cup on a 100-day tour around the UK and Ireland. The truck had a clear plastic cap over the cargo bed, with lighting and climate control to keep the trophy visible and fog-free at all times. This special truck was revealed in London, emerging from a giant rugby ball that floated down the Thames. The Defender would be a fixture throughout the event. 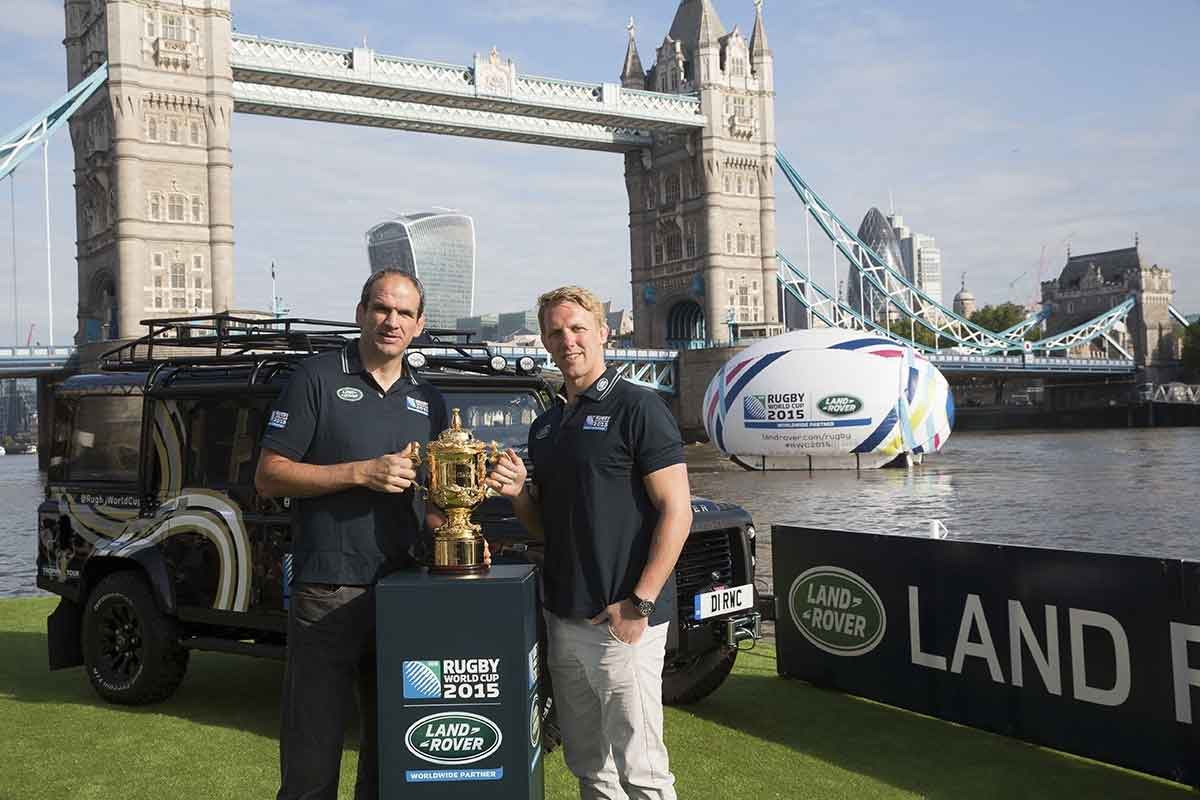 In 2019, the World Cup was in Japan. In addition to the usual support, a new Defender 90 was used to transport the trophy to the winners in its first public appearance after its September 2019 reveal at the Frankfurt Motor Show. 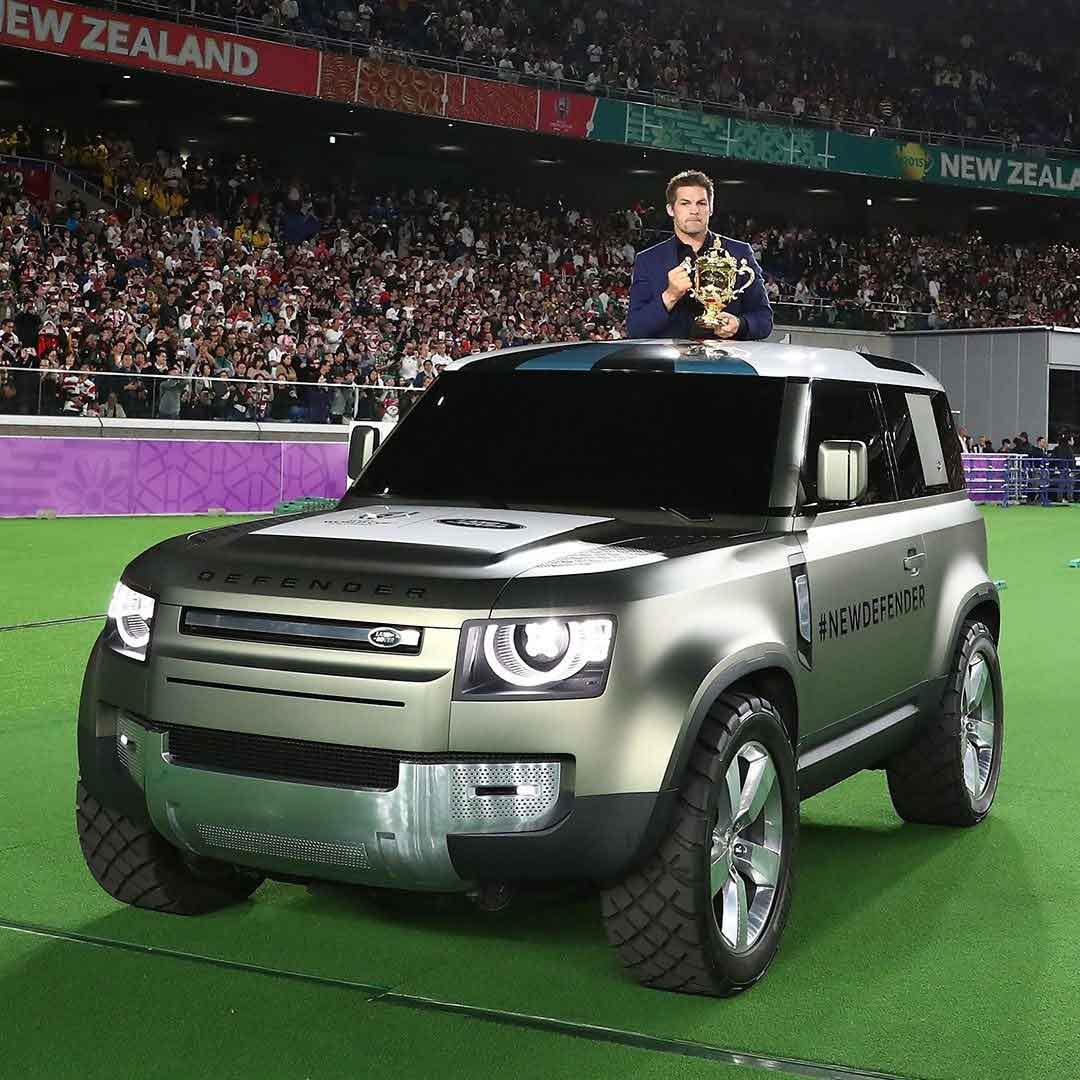 With this strong partnership continuing now to 2023, it’s yet to be seen what surprises Land Rover has up its sleeve!