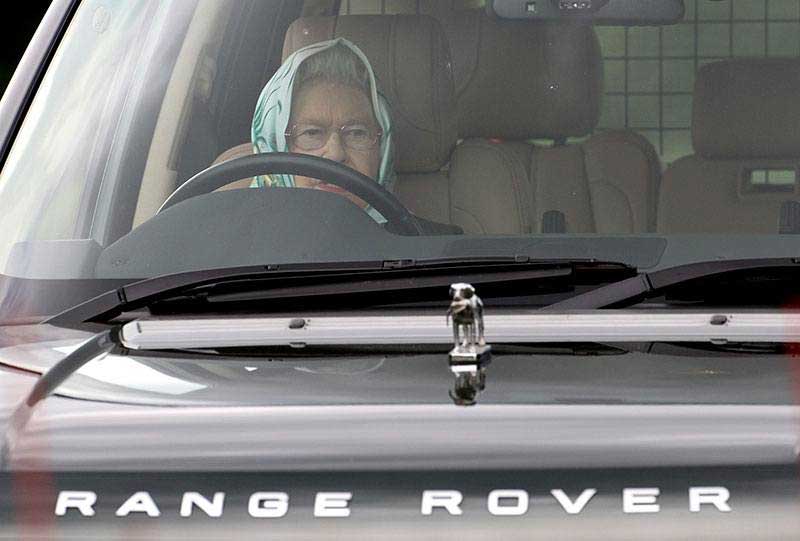 Starting with the obvious, there are a number of Land Rovers in the fleets of both the Royal Family and the parliamentary government in Britain. The Royal Rovers are almost too many to list here, even if we just talked about the most iconic trucks. Back at Westminster, though, there are also a lot of Rovers floating around, though unlike many other examples here, the Prime Minister doesn't use a Land Rover for their official vehicle -- that role has fallen to the Jaguar XJ since the Thatcher government. There's always a number of Land Rovers in any motorcade through, surrounding the XJ as utility vehicles in the same way the President's limousine is surrounded by a fleet of specially-equipped Suburbans. Earlier this year, PM Boris Johnson's Jaguar was even rear-ended by one of these Range Rovers after a protester ran in front of the convoy. 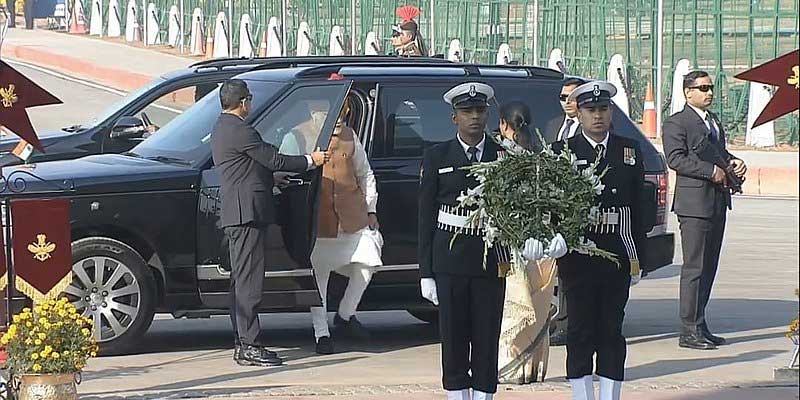 While the UK is the traditional home of Land Rover, the purse strings are controlled at the end of the day by Tata Group in India. Thus, when it was time to replace the Prime Minister's state car, Narendra Modi switched from the long-standing armored BMW 7 Series to a Range Rover. He now uses an L405 Range Rover Sentinel, the armored variant offered by Land Rover, and has been seen in an L322 Range Rover. 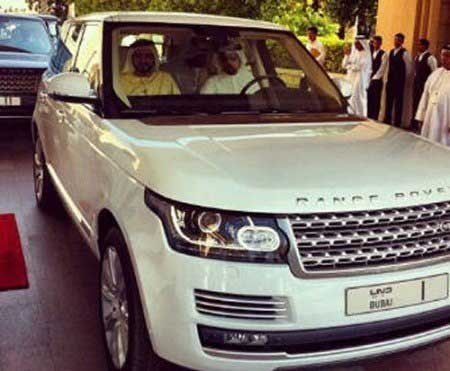 Land Rovers are massively popular in the Middle East, where gas is cheap and the money made selling oil flows freely. There's no city that defines this lavish life like Dubai, and so it's appropriate that the first L405 Range Rovers delivered in 2012 were sold to Sheikh Mohammed bin Rashid Al Maktoum, the ruler of the Emirate of Dubai and Vice President of the United Arab Emirates. Two trucks were delivered -- one with the plate DUBAI 1 for the Sheikh, and one with the plate DUBAI 11 for his son, the Crown Prince of Dubai. 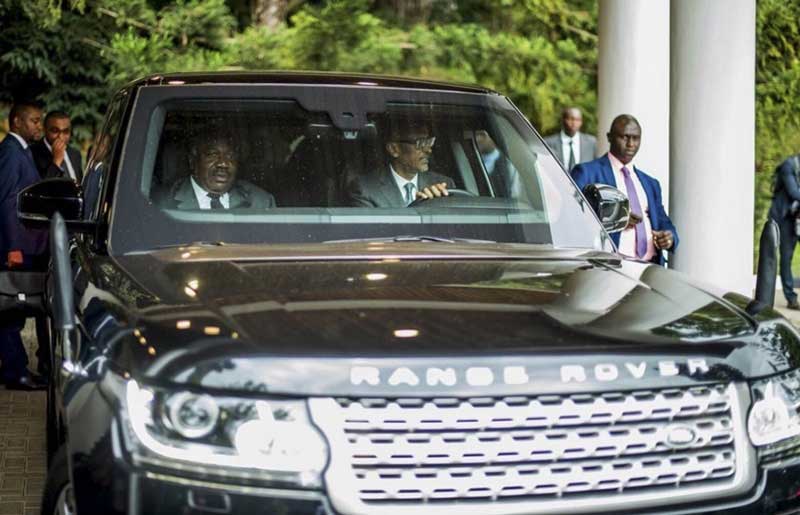 Land Rovers of various sorts are popular across Africa as state vehicles. The terrain there is certainly perfect for them. Land Rovers generally share state duties with a pool of other high-end 4x4s, like Mercedes G-Classes and Toyota Land Cruisers. There are Rovers reported in the state fleets of nations like Morocco, Nigeria, Rwanda, Cameroon, Kenya, and Malawi. Sometimes the leaders even drive them themselves -- President Paul Kagame of Rwanda has been seen quite a bit lately driving a Range Rover Sentinel, including with the President of Gabon in the passenger's seat (above). The armored variant is the most common choice. 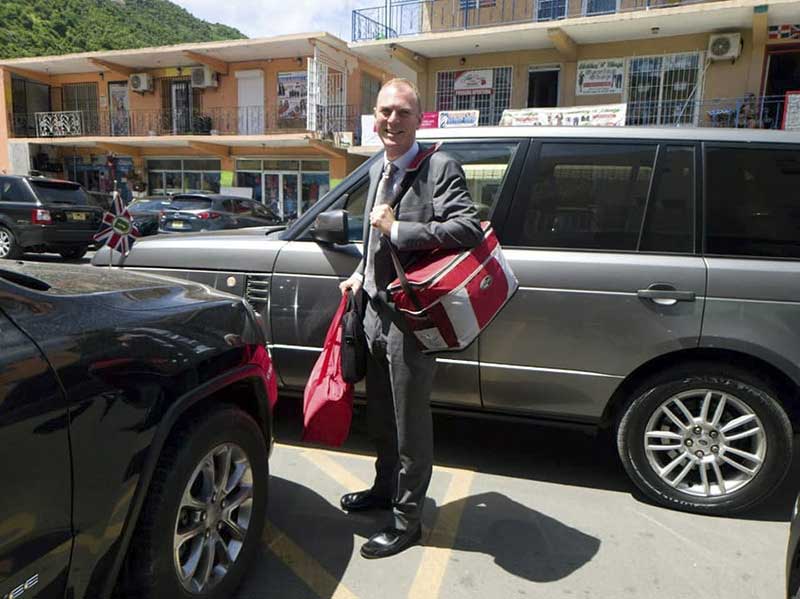 Rovers are also common choices for leaders in British territories, the various islands and outposts around the globe that form the last remnants of the British Empire. Last year, the Governor of the British Virgin Islands was seen delivering food for a charity event in his L322 Range Rover, festooned with his official flag on the front wings. Rovers can be seen in government roles across the Caribbean, particularly where there are British ties. The Prime Minister of Jamaica also has a Discovery at his disposal. 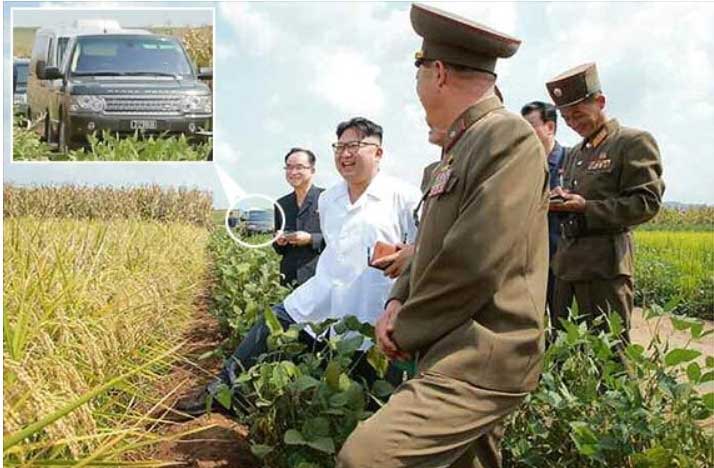 The love for Landys even stretches to reclusive and oppressed North Korea, where dictator Kim Jong-Un was seen using a late 2000s L322 Range Rover to access the site of a rural flood in 2016. It's reported part of his personal luxury car fleet. Although UN sanctions against North Korea prohibit the sale of luxury goods to the country, Kim has been known to flaunt this on multiple occasions to obtain his own luxury goods. 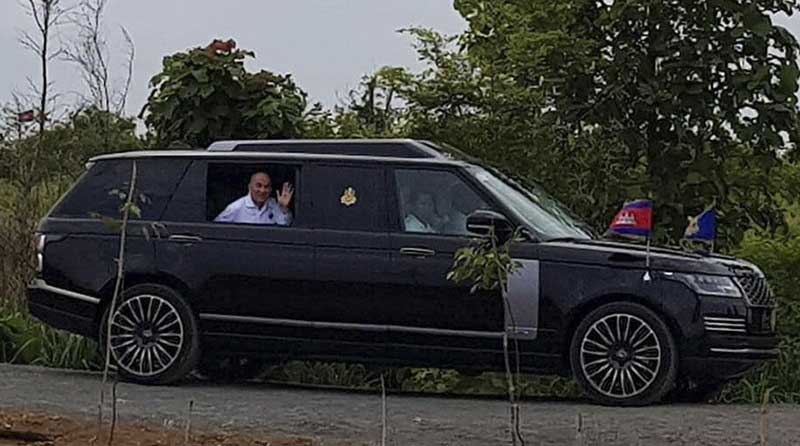 Perhaps one of the most over-the-top official Range Rovers belongs to the King of Cambodia, an armored stretch limo customized by German firm Klassen. It's stretched by 40 inches, has a sliding glass roof with handrails for ceremonial parades, and costs a cool 750,000 Euros. The lavish limo was delivered last year, with the royal coat of arms on the side.

Land Rovers are sold in part on reputation as the car of world leaders, but it's clear that that doesn't just apply to HM Queen Elizabeth II. With their utility, luxury, comfort, and stature, Land Rovers are beloved by leaders across the globe as the ultimate power symbol.