Crossroad: The Land Rover That Was a Honda

When is a Land Rover not a Land Rover? When it’s a Honda! From 1993-1998, Land Rover produced the Discovery I as the Honda Crossroad for the Japanese market, one of the more unusual examples of badge engineering in automotive history.

Rover (the then-parent company, not Land Rover) and Honda began a collaboration in 1979, which was primarily focused on improving the build quality of Rover passenger cars, and expanding Honda’s foothold in Britain. This partnership produced some huge successes over the years, with some true Honda-inspired Rover sales successes in the 1980s helping to turn the company’s fortunes around. It also led to such partnerships as the Sterling, a British-built version of the Acura Legend that was sold in the United States.

In 1993, Honda was looking to expand into the Japanese 4x4 market, to compete against a growing selection of offerings from rivals Toyota, Isuzu, Nissan, and Mitsubishi. With nothing on the drawing board, they turned to the easiest option: hit up their corporate partner Land Rover for a badge-engineered version of the Discovery. So was born the Honda Crossroad, a Japan-only version of the Discovery I.

The Crossroad looked...like a Disco I. It was very hard to tell where the Honda part was, in fact. The engine was the 3.9-liter Rover V8, which remains the only V8 engine ever used in a Honda product. The Land Rover badge on the front grille was replaced by a Honda "H," the Crossroad badge (styled Cro$$road) took the place of Discovery badging, and the Land Rover oval on the steering wheel was replaced by a badge with the same shape and the Honda logo printed on it. If you didn't know exactly what you were looking for, you'd think it was a Disco driving past.

Due to Japan's strong road safety laws that tend to take older vehicles off the road sooner than in other countries, there aren't many Crossroads left in Japan. Online chatter suggests many ended up exported to New Zealand, a nearby right-hand-drive market with less regulation, and once there, were "converted back" into a Discovery. Googling the Crossroad brings up relatively little in the way of contemporary images of the Land Rover-based vehicle, and a lot on a second-generation, all-Honda vehicle built in the 2000s.

But if you're ever going over car trivia, and someone says "Honda never made a V8," feel free to bring up the lumbering 3.9-liter Rover V8 that rested behind the H on the grille of the Crossroad, for five glorious years of badge-engineered madness. 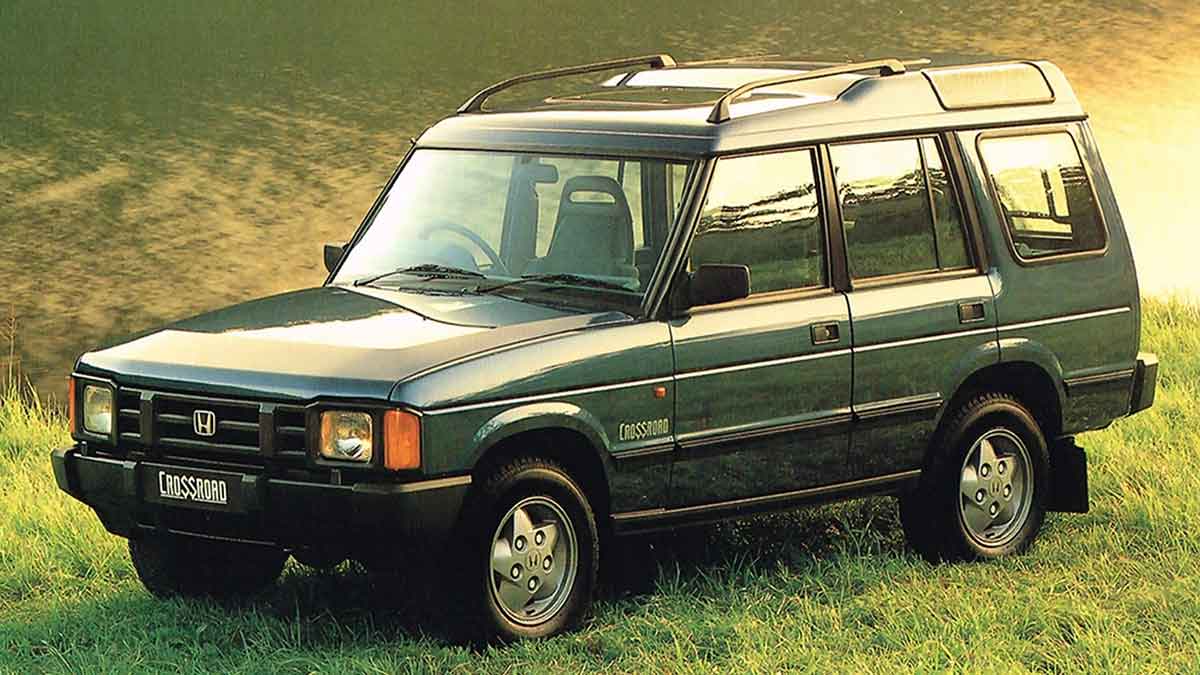