Ineos revealed the interior of their upcoming “spiritual successor” to the Defender, the Grenadier, after months of seeing prototypes driving around with heavily-tinted windows.

Unlike the exterior of the truck, the interior doesn’t especially look like a Defender. If anything, it looks like an early Mercedes-Benz G-Wagen dashboard, combined with the switch panels from a retired Boeing 747. A large center stack air conditioning vent has the lines of a 1980s BMW 6 Series…not inappropriate, as the Grenadier has a BMW transmission shifter to control its BMW powertrain, and a center screen that looks a lot like a BMW iDrive screen.

The switchgear is designed to separate “comfort” functions from “utility” functions and is all designed to be operated with thick gloves on. The controls are on panels bolted into the dash, so that they can be easily repaired and rewired if needed. The ceiling has big, easy-to-press buttons to control various off-road functions, with small bars separating them like an airplane cockpit. There are extra switches up there, too, for future add-ons you might install. Speed is displayed on the central display screen, with what seems like a small area to display warning lights the only thing in front of the driver. 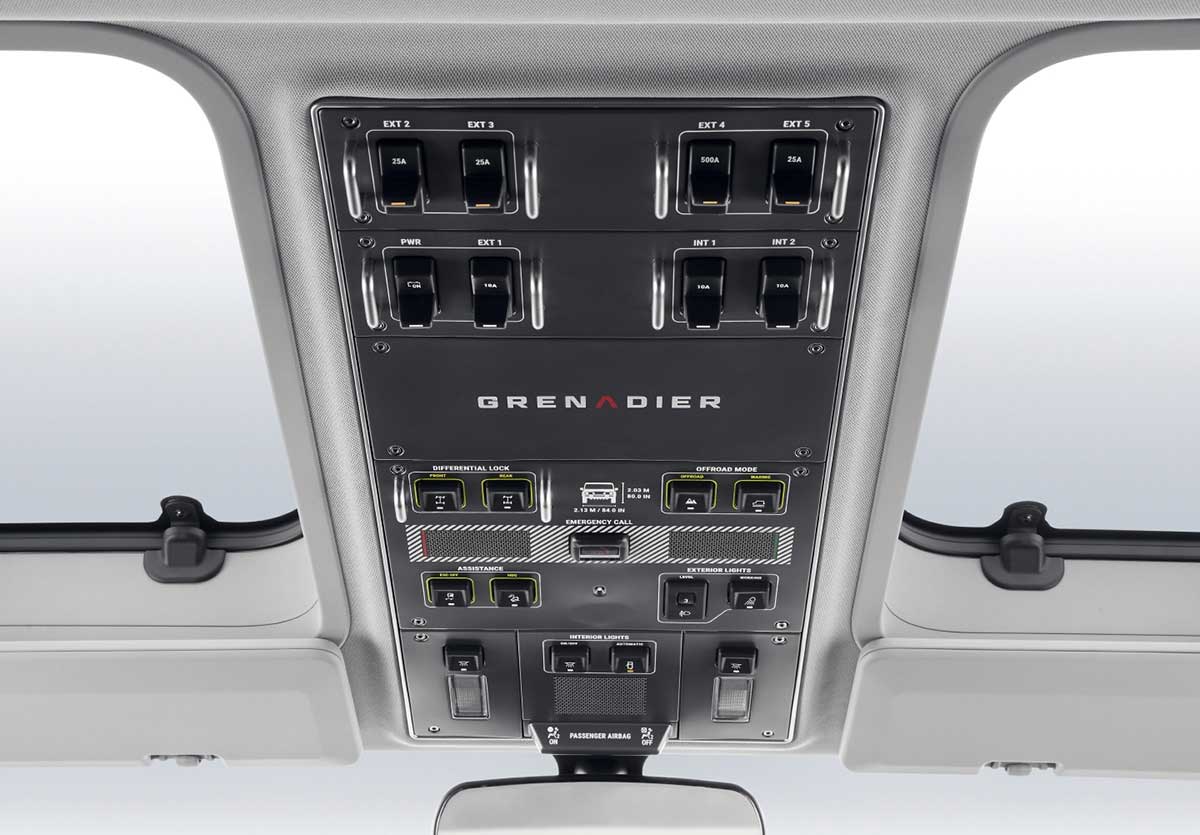 Optional are pop-out sunroof panels over driver and passenger, as well as carpeting – yes, a rubber floor is the standard option. There’s drain plugs in the floor, too, to easily hose the vehicle out. Carpets and leather are available for those who need some comforts. The main passenger version offers five seats, with no third row option; a two-seat commercial vehicle will also be available, which can accept a EuroPallet in the back. An inverter is an option, which is beneficial for both overland and commercial users.

There's one concession to whimsy in the interior: a small red button on the steering wheel, with a picture of a bicycle and the word "toot." It's designed to give a short, soft horn blast in friendly settings, like encountering cyclists and neighbors. It's a nice solution to avoid accidentally blaring a bike off the road or turning a cheerful greeting to Bob down the street into something more confrontational. 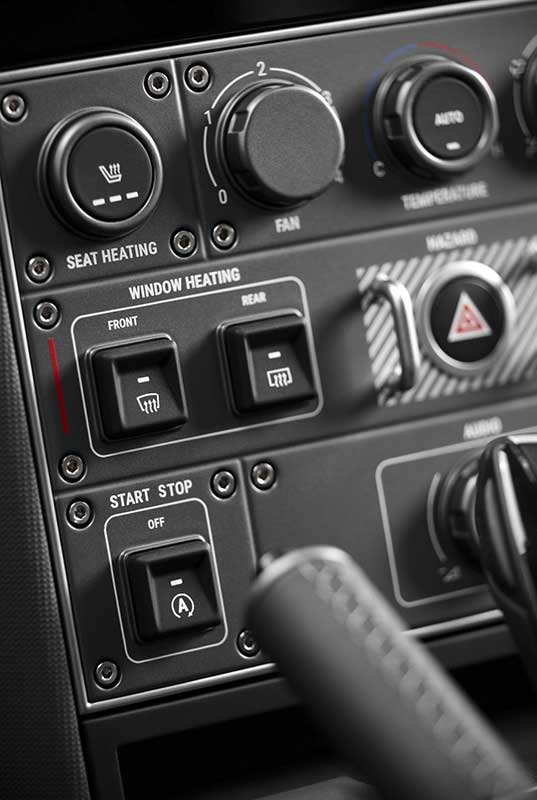 Ineos intends to start taking Grenadier pre-orders in October, and its fleet of 130 test vehicles is currently spanning the world. The Grenadier is also on display at the Goodwood Festival of Speed in England right now, with the interior on display for the first time.