Spring is here, and that means that the Land Rover events season is back in full swing. On the East Coast, you can always count on the Rover Owners Association of Virginia (ROAV) to do two things at an event: draw a great crowd and throw a good party. Their annual spring event, Rovers at Wintergreen (RAW), was a tour de force of both.

RAW is held at Wintergreen, a ski resort in the Shenandoah Mountains in central Virginia. While our western readers may scoff at the idea of a ski resort in Virginia, Wintergreen is a solid example of eastern skiing. Unlike a lot of ski resorts, all the infrastructure is built near the top of the mountain, and the lodge is at 2,500 feet. It’s grown from a general store and some slopes at its opening in 1975 to a modern resort with vacation houses, multiple lifts and slopes, and four seasons of fun.

One of those fun amenities is hiking trails, which straddle the ancient ridges and gullies that typify the Appalachians in this area. Visitors to the resort have dozens of miles of trails to enjoy, spread across the mountaintop. It’s a lot of trails – and a lot to maintain.

A few years ago, ROAV developed a relationship with Wintergreen that's the epitome of a win-win situation. ROAV gets the right to drive on the trails once a year (plus a few pre-event clearing weekends), and Wintergreen gets effectively free labor to keep their trails accessible and shoulder season revenue as a hundred Land Rovers descended on their resort between snow and sun season. RAW is now in its sixth year, a staple of the East Coast Land Rover social calendar, and rivals events like Winter Romp and ROAV’s own Mid-Atlantic Rally for attendance. 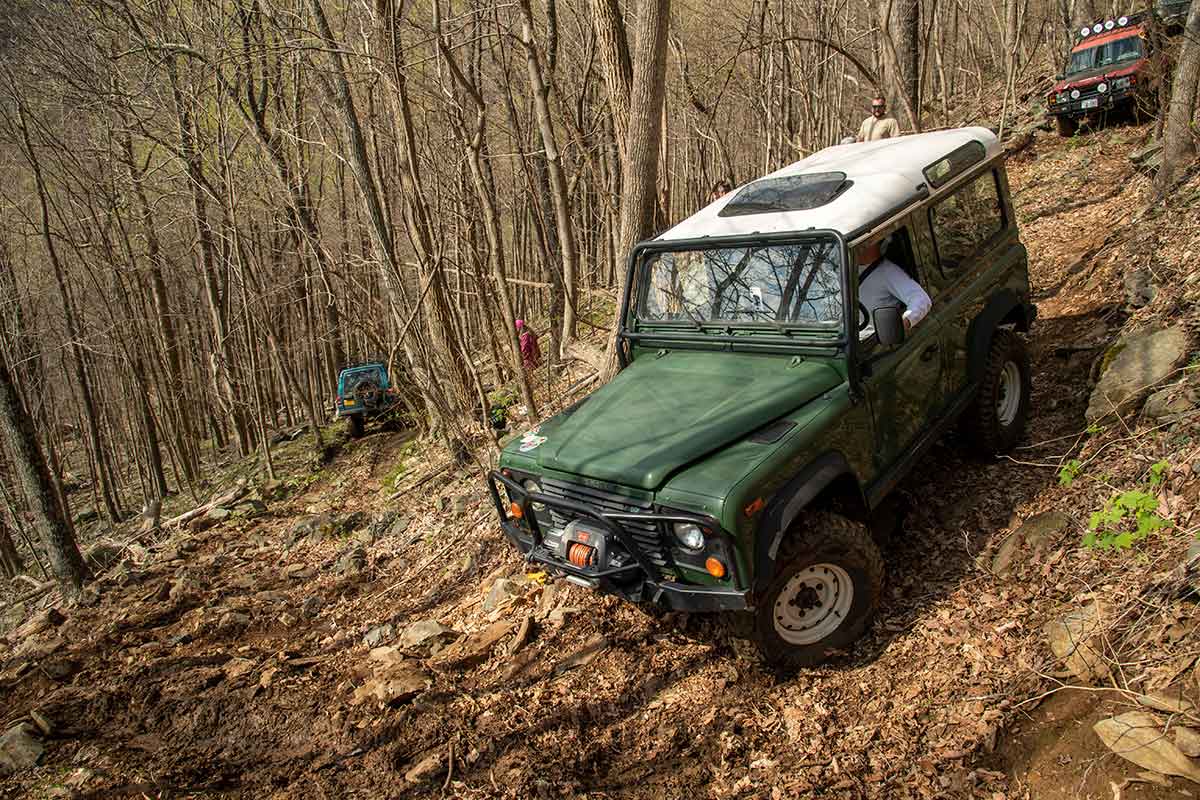 Wintergreen really does offer a little something for everyone, whether you’re taking your new six-figure Defender V8 on its first trip or you’re an experienced rock crawler. There are miles and miles of trails mapped out, from fire access roads to serious hill climbs that are hard to walk, never mind drive.

With 107 trucks pre-registered this year, there’s got to be logic to the system to get people dispatched on trail rides. ROAV has a strong cadre of trail guides, all long-standing members of the club. Since the resort is built on the top of a mountain, there are a series of terraced parking lots coming up to the main lodge. The event is set up that you just pull into the lot where your skillset’s trail ride is leaving, and people are divvied up. I rode along with two rides: with Charles Galpin of Virginia on an "extreme" ride in his built 1994 NAS Defender 90, and with Helene Reynaud of Maryland in her trail-prepped 2008 Range Rover Supercharged on an "intermediate" run. 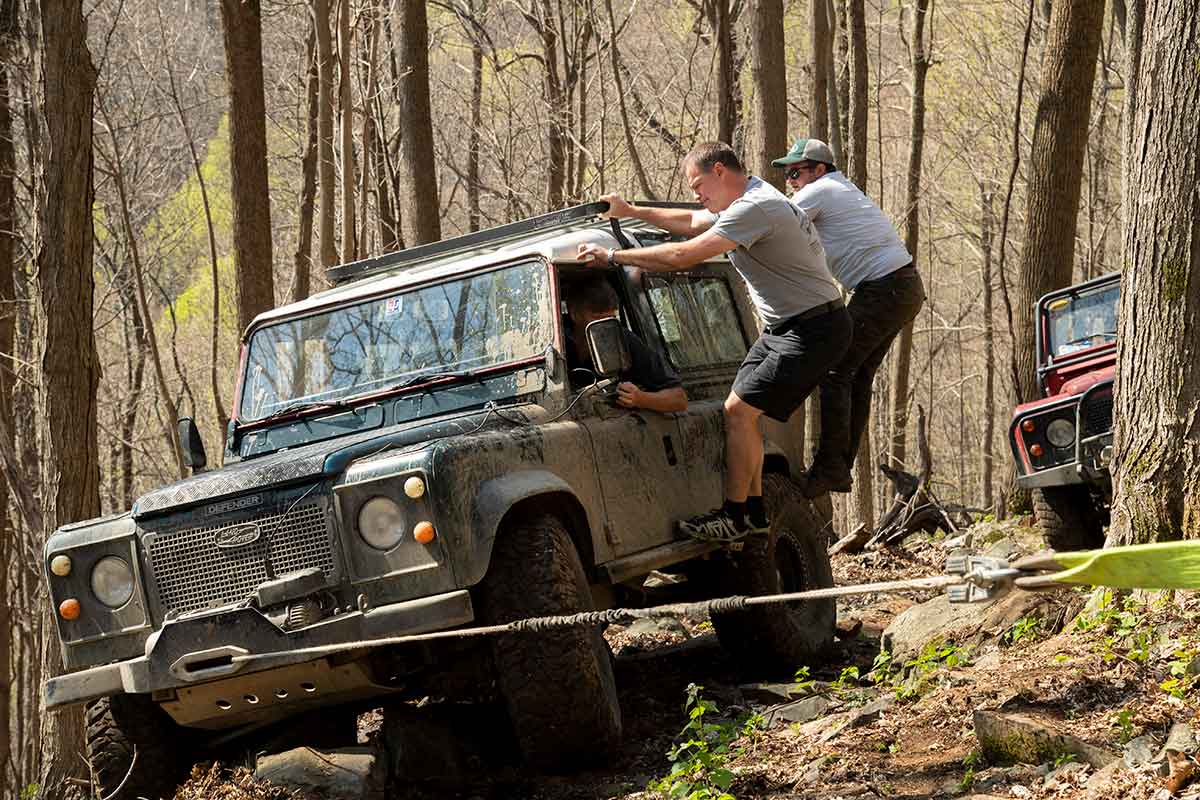 The two runs were both very different in scope but really showed how this can be a property for anyone to enjoy during this event – especially as at the same time as I was doing these more difficult runs, there were easy scenic runs for the low-key or uninitiated to enjoy.

The extreme run was a downhill descent with rocks and tight turns and mud, all in just enough proportion to keep things fun and challenging, using all the tools we had at hand without being an all-day winch fest. The trucks slid down the muddy slopes at times, and some of the corners were tight for the larger Discoveries in our convoy to take. But nothing was beyond the capabilities of a well-qualified driver with a well-equipped truck.

The intermediate run was a more relaxed adventure, but still had some obstacles that had Helene and me plotting lines and approaches, especially with the big L322 Rangie. We rode a lot in the streambeds, with a few water crossings featuring tight turns and rocky river bottoms. The route here used more fire roads, and took us to the far reaches of the expansive Wintergreen property. 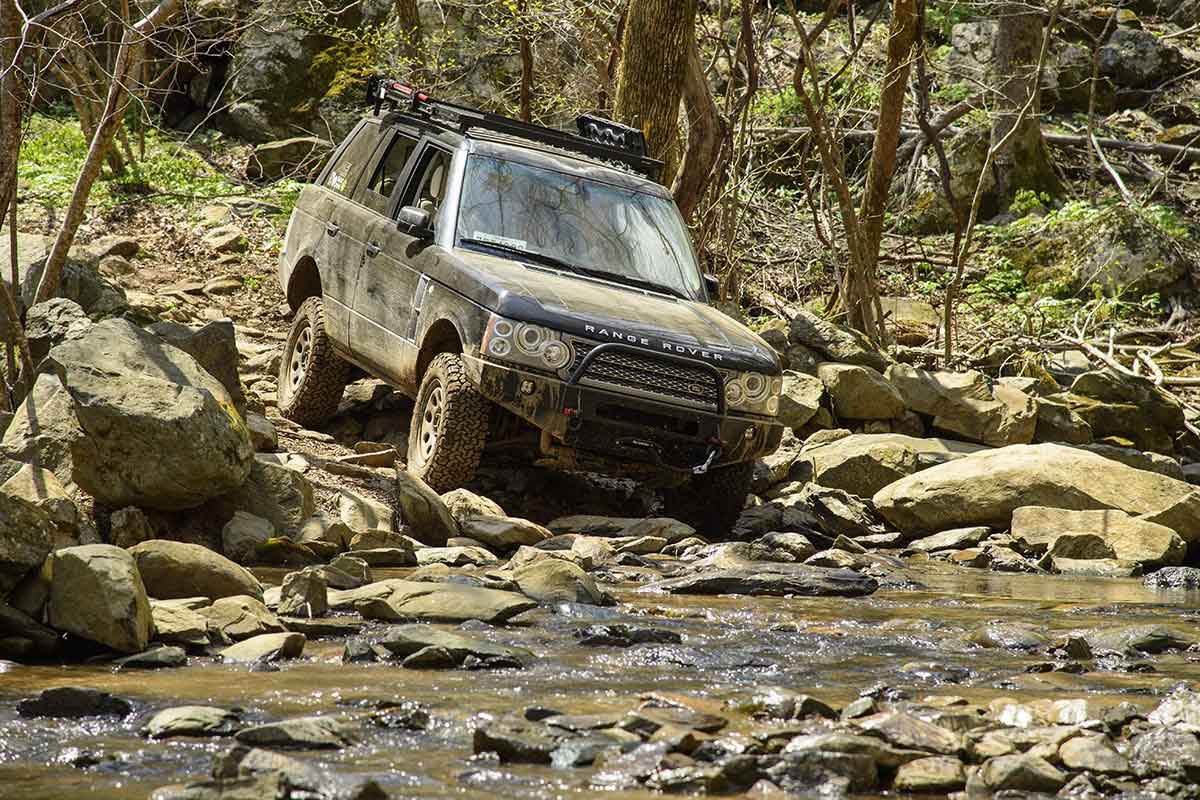 All around us was the beauty of the Shenandoahs in spring, green trees and flowing rivers and expansive views. The area is by no means lacking in things to do. While most people do stay at the resort, some friends and I camped at the Devil’s Backbone Brewery. Nelson County has become a hub for breweries, cideries, distilleries, and wineries, and every one of them has built tasting rooms, hotels, and campgrounds to bring people to this rural corner of the commonwealth. The Nelson 151 Byway ties them together with official recognition from the state. Even without a Land Rover event to go to, it’s an area well worth checking out for a weekend of fun. 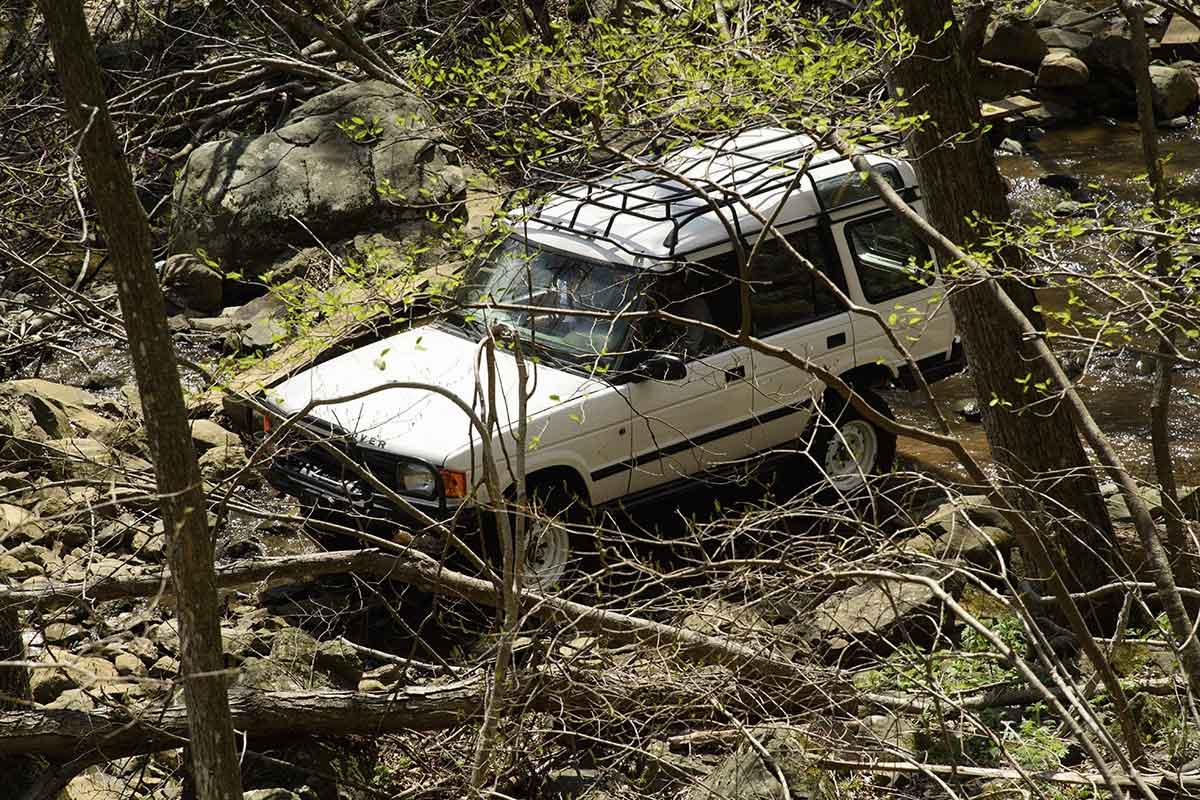 The weekend ended with a banquet in Wintergreen’s ballroom, with a generous raffle with prizes donated by several sponsors, including Atlantic British. One of the highlights of the banquet was seeing Bill and Patty Cooper of New Jersey’s 80” Series I and LR4 parked outside, which they’re taking on a cross-country trip in the footsteps of the famous explorer Barbara Toy’s first transit of the United States. (More on that in a future Roverlog!) Since Barbara Toy’s summary of her trip from Jacksonville to New York was all of two sentences in her book Columbus Was Right!, the Coopers decided there was plenty of room to explore the east coast on their own terms and chose Wintergreen as the unofficial kickoff event.

Having never made it to RAW before, I left putting it firmly on my annual to-do list. If you’re within driving distance, you should too – it’s a happy event in a gorgeous area, with something to offer everyone, from off-roading for every skillset to non-Rover activities for the entire family.