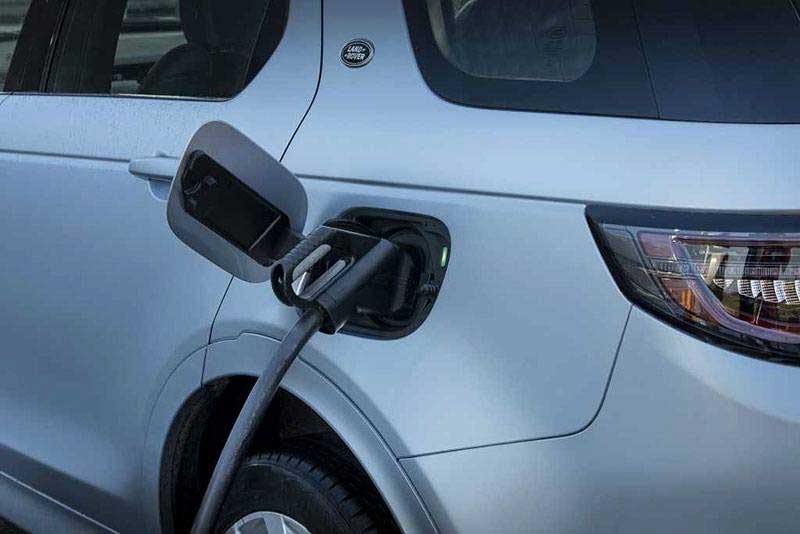 As part of their plan to offer an electric version of every vehicle available for sale in 2020, Land Rover is launching plug-in hybrid electric vehicle (PHEV) versions of the popular Discovery Sport and Range Rover Evoque. Though not yet for sale in North America, it seems inevitable they will make their way here soon.

Land Rover already offers PHEV versions of the Range Rover and Range Rover Sport, both of which are available in America. These models tie a 2-liter Ingenium 4-cylinder gas motor with a 141 HP electric motor. The smaller Evoque and Discovery Sport, which have a transverse motor instead of a longitudinal one, will use a 1.5-liter 3-cylinder Ingenium motor as the base of a more complex setup. A Belt-Integrated Starter-Generator lives under the hood next to the gas motor, to start the engine when needed and power the high-voltage electrical system. The electric power resides in a rear axle electric drive, providing 107 HP to the rear wheels.

This setup gives the vehicles a 41-mile all-electric range, enough for a number of people's daily use. Of course, a PHEV can switch to gasoline power when the battery runs out.

The three-cylinder motor brings the Ingenium family to three inline layouts -- a three-, four-, and six-cylinder version coming in some permutation in every Land Rover model now. The three-banger is 81 pounds lighter than the four. It has an exhaust manifold integrated into the cylinder head, helping the car to warm up faster and putting the exhaust closer to the turbocharger to increase performance and reduce turbo lag. A water-cooled air cooler helps keep the density of the air coming into the intake high to increase performance. The new vehicles also feature an eight-speed transmission, instead of the nine-speed in other models, which is slightly lighter and tuned to work with the hybrid system. 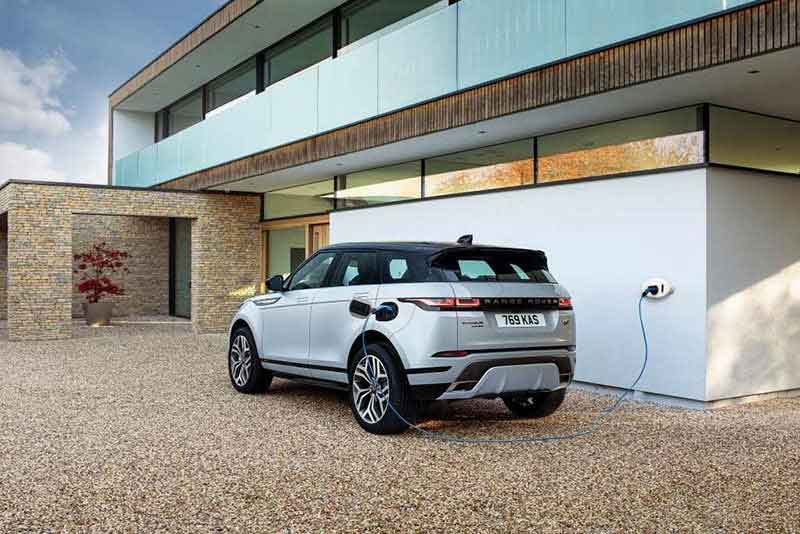 Electric brakes replace the normal vacuum servo, and regenerative braking helps boost the battery's level in normal driving. The cars can also be charged at home, via a Mode 2 Home Charging Cable. They can be charged in 6 hours and 42 minutes, from a regular wall socket. If you want to wire in a dedicated charger, a Mode 3 cable charges the car to 80% battery capacity in 1 hour and 24 minutes. A public quick charger goes even faster -- just a half hour to get to 80%.

While the big Range Rovers have their charging ports elegantly and seamlessly integrated behind a flap in their grilles, the Evoque and Discovery Sport have a second flap on the rear quarter panel, mirroring the gasoline door on the opposite side.

These new PHEV vehicles are not yet available in North America, but their arrival is almost certain to come at some point. With the changing attitudes towards fuel efficiency, they have huge potential in this market. The larger Range Rover PHEVs came to America a little later than Europe, so the Discovery Sport and Range Rover Evoque may be coming here in a year or two.