Land Rover brought the Defender lifestyle to New York's Hudson Valley on November 12-13. Destination Defender was a weekend-long celebration of all things Land Rover, tying together everyone from long-time club enthusiasts to first-time buyers.

Announced in early October, Destination Defender quickly drew a guest list from across the east coast, with people driving from as far as Virginia and Florida to attend. The event offered a bit of everything, from primitive camping to food trucks, with an off-roading trail guided by Camel Trophy veterans and a display of classic Land Rovers.

The main star of the event was the new Defender, of course, but all Land Rovers of all generations were accepted and celebrated. The property was decorated with all sorts of special edition Defenders from the past three years, from the Trek 2020 Defender 110 to the latest Defender 130. Every hill and dale had a Defender of some sort clinging to it, and Land Rover staff used the latest Defender Trophy vehicles as runabouts. There was even a TReK Village, where owners of TReK Defenders could camp together and enjoy the rooftop tent lifestyle together. Perhaps the location on the Oz Farm was appropriate because any Land Rover-loving attendee felt like they clicked their heels three times and headed down a yellow mud road to the Green Oval City once they came through the gates. 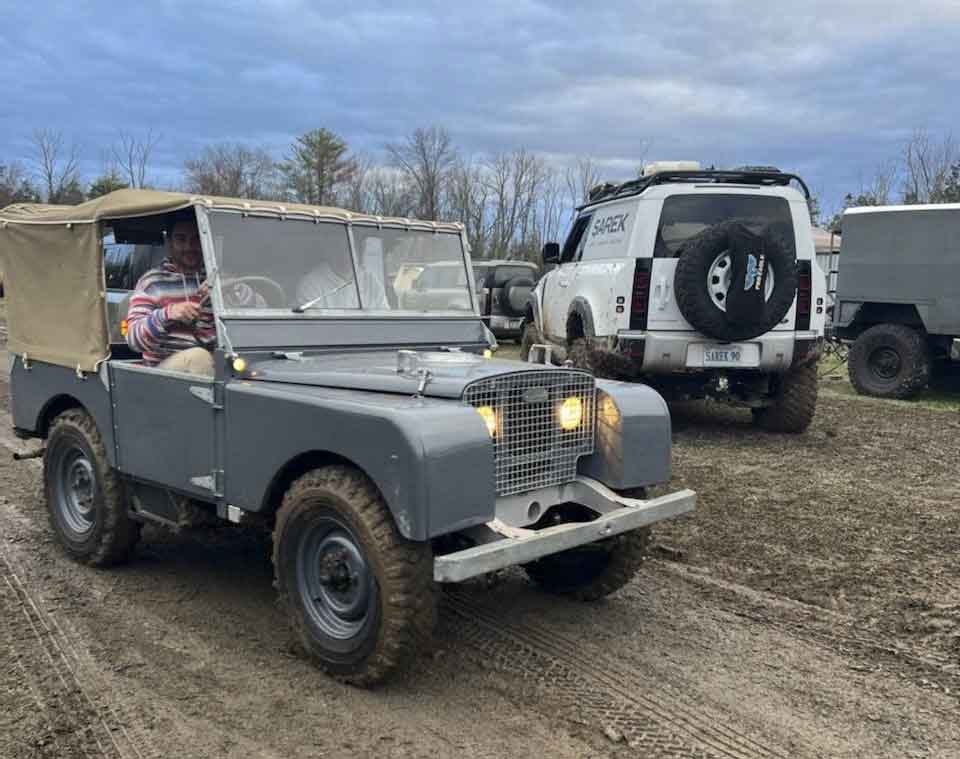 Unfortunately, just before the event, the remnants of Hurricane Nicole passed over the Hudson Valley, dropping enough rain on the event site to turn the entire place into eight inches of mud. Woe to those (like yours truly) who forgot to complete their Land Rover uniform with a pair of Wellington boots! Of course, a Land Rover can handle that much mud, but you need the right tires and, more than anything, the right driver with the right skill set. A lot of Defenders did get bogged down in the morass (and a lot got out no problem), but Camel Trophy 1995 veteran Jim Swett was on-site with a skid steer and a recovery strap to haul them out and drive them away if need be. After getting my friend Paul's new Defender 90 on stock tires bogged down in the campground, Jim came to the rescue and drove it out in a stunning display of kicked-up mud and skill, making me realize I'm 25 years and a lot of skills from ever participating in the Camel Trophy. 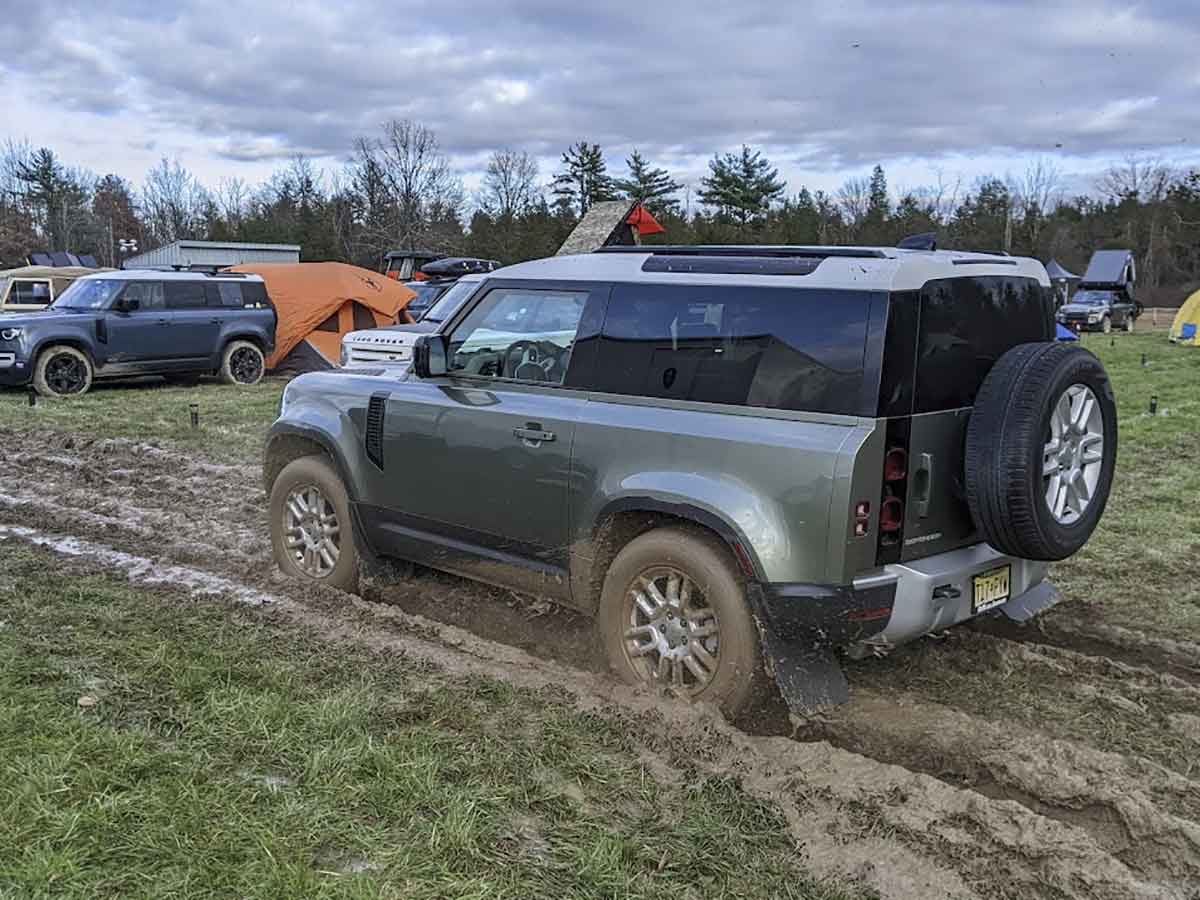 The hub of the event was the Defender Lounge, a tent set up in the center of the grounds with couches, a stage, and a store selling event merchandise. (It's the first Land Rover event I've ever been to with Vineyard Vines t-shirts.) There were bands here, and several appearances by the Underpowered Hour podcast, who recorded a live episode with hosts Ike Goss and Steve Beres. Their wives, Jenna Fribley and Liza Beres, also did a presentation on their experiences doing the Rebelle Rally in a 1994 NAS Defender 90, which was shipped east for the event and on display outside the tent. Their frank discussion on the event was enlightening for any woman in the audience contemplating taking the plunge into Rebelle, and their re-enactment of the chaos of an enduro segment was worth it alone. 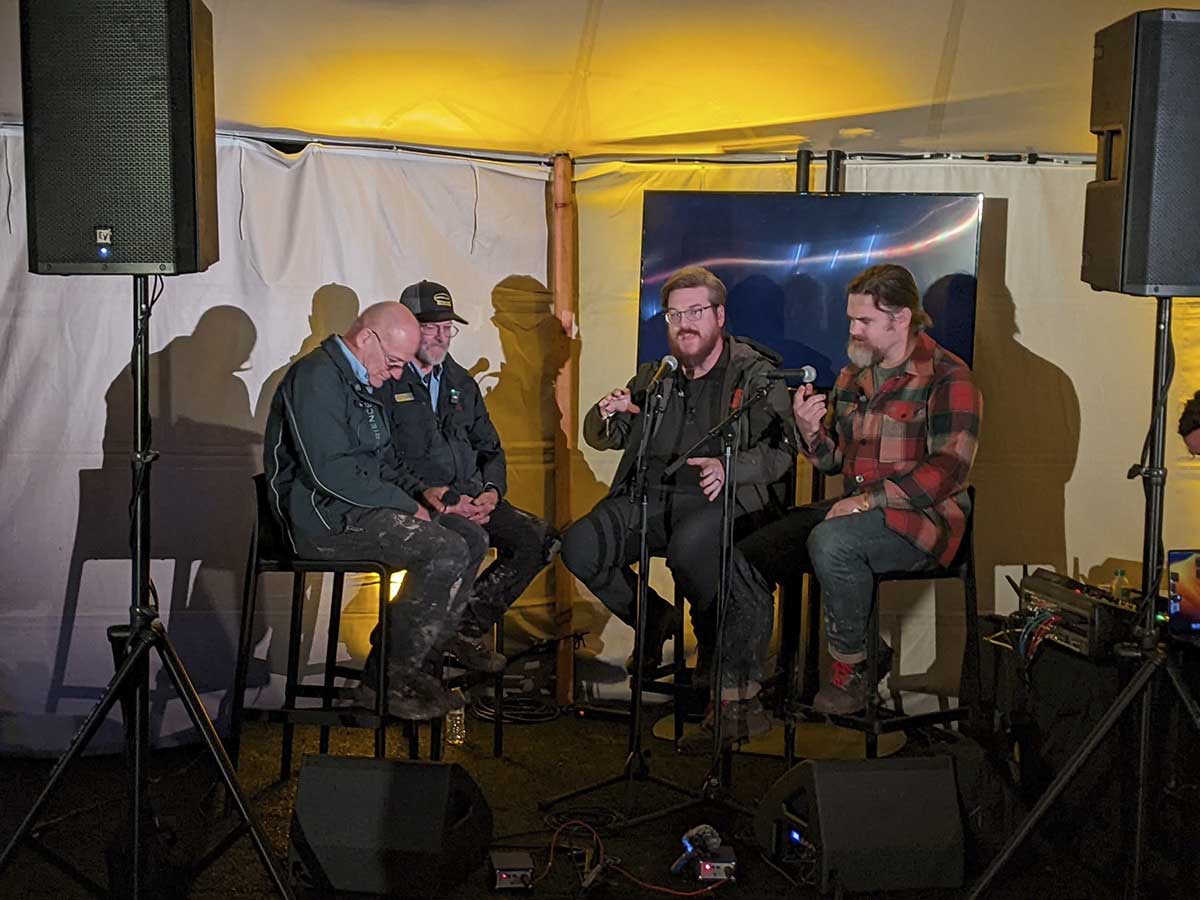 Under another tent, on display, were the classic Land Rovers owned by collector Jim Macri, which includes a replica of 1947's Centre Steer prototype, the original of which is assumed to be long lost. Though the stars of the show were the new L663 Defenders, the display of heritage vehicles made it very clear where everything comes from, and the dozens of 20th-century Defenders and Series vehicles running around the grounds were a constant reminder of the longevity of the Land Rover marque. 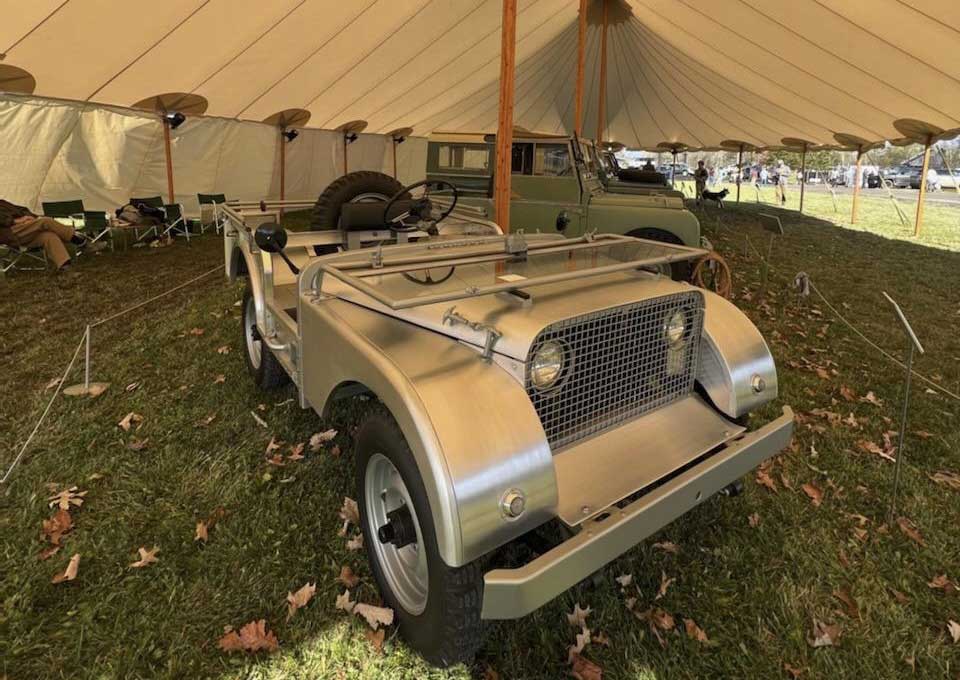 The highlight of the event was the VIP celebration of the Defender Service Awards winners, with a musical performance by Collective Soul to round things out. There was no better way to cap off a celebration of all things Defender than giving away five Defender 130 vehicles to worthy non-profit organizations.

The new Defender was sent into the world in the deepest depths of the Covid-19 pandemic, and although Land Rover has done things like TReK, Defender Trophy, and the Defender Service Awards to build momentum the last two years, there hadn't been an in-person chance to wholesale celebrate the Defender since it came on the market. Destination Defender was just that - a long-overdue weekend to really realize how special this new vehicle, and its illustrious predecessors, are.