On the tail of the Land Rover Trophy event at Eastnor Castle in July, Land Rover Classic has announced another run of Works V8 Trophy trucks. The Trophy II trucks resemble this year’s Camel Trophy-esque yellow trucks, with a wintery camo pattern.

The trucks are built on the same platform as the Works Trophy trucks from 2021 and the Works V8 trucks from 2018. The base is a "used" Defender 110, built from 2012-2016, which is heavily rebuilt and modified with a new powertrain. It uses a 405-horsepower naturally-aspirated 5.0-liter version of the AJ-V8, connected to a ZF 8-speed transmission and the classic LT230 transfer case. The whole package puts more pep in the step of the Defender, turning it into a sort of modern-day version of the NAS Defender.

There are going to be 25 of these Trophy II trucks, and just like with the original Trophy trucks, the buyers will be invited to the second Land Rover Trophy event. While it is by no means confirmed, the white paint and the number plate “LR04 SNO” suggest this might be a winter-themed event. Could it maybe be held at Land Rover’s Ice Academy in Sweden? Who knows!

The camo pattern reflects Land Rover’s history and the various places that have been important throughout it. The pattern is not just your normal camo blobs; it’s maps of 23 places Land Rovers have conquered over the years. While it would take getting up close with it to appreciate all the easter eggs, in the photos, you can see maps of places like Australia and Namibia that have hosted Camel Trophies, G4 Challenges, Global Press Launches, and iconic expeditions. There are also little Defenders and Series trucks scattered throughout this avante-garde pattern.

It's not just an engine and a paint job, though – these trucks also come with A-bars with a winch, a lightbar, rock sliders, a NAS-style external roll cage, and rear recovery points. Inside there are Recaro seats in Land Rover’s high-end Windsor leather, the Land Rover Classic single-DIN infotainment system, and an Elliott Brown clock face custom to the Trophy II that coordinates with the watch each buyer gets with the vehicle. (The watch is also available in a different edition to the public in a limited edition of 1,000 timepieces.) 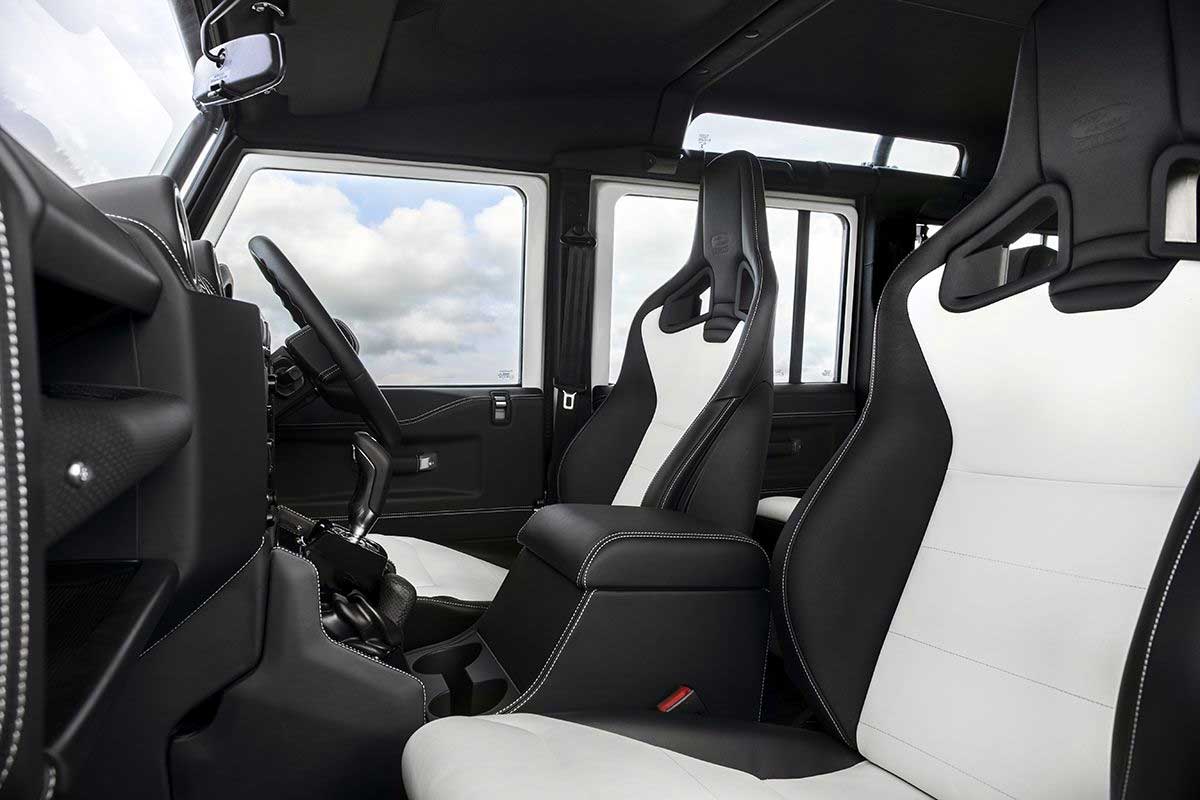 The buyer can pick their wheelbase and body type like the original Works Trophy trucks. The Defender 90 and Defender 110 Station Wagons are back, and this time you can also get a Defender 110 Hi-Capacity Pickup if you’re one of the first five to sign up for a limited sub-run. All the trucks will be built at Land Rover Classic’s in-house facility to the same high specification as the other vehicles.

The event will be the same concept as the first Land Rover Trophy held this year at Eastnor Castle in England. Over three days of points-based challenges and competitions, guided by Land Rover’s best instructors, the new owners will put their white Defenders to the ultimate break-in test. One will go home with a grand prize, and the others take home their trucks, a story, and an epic swag bag. The biggest difference is that this year's event was held during a heat wave in July, and the second event will be rather cold. 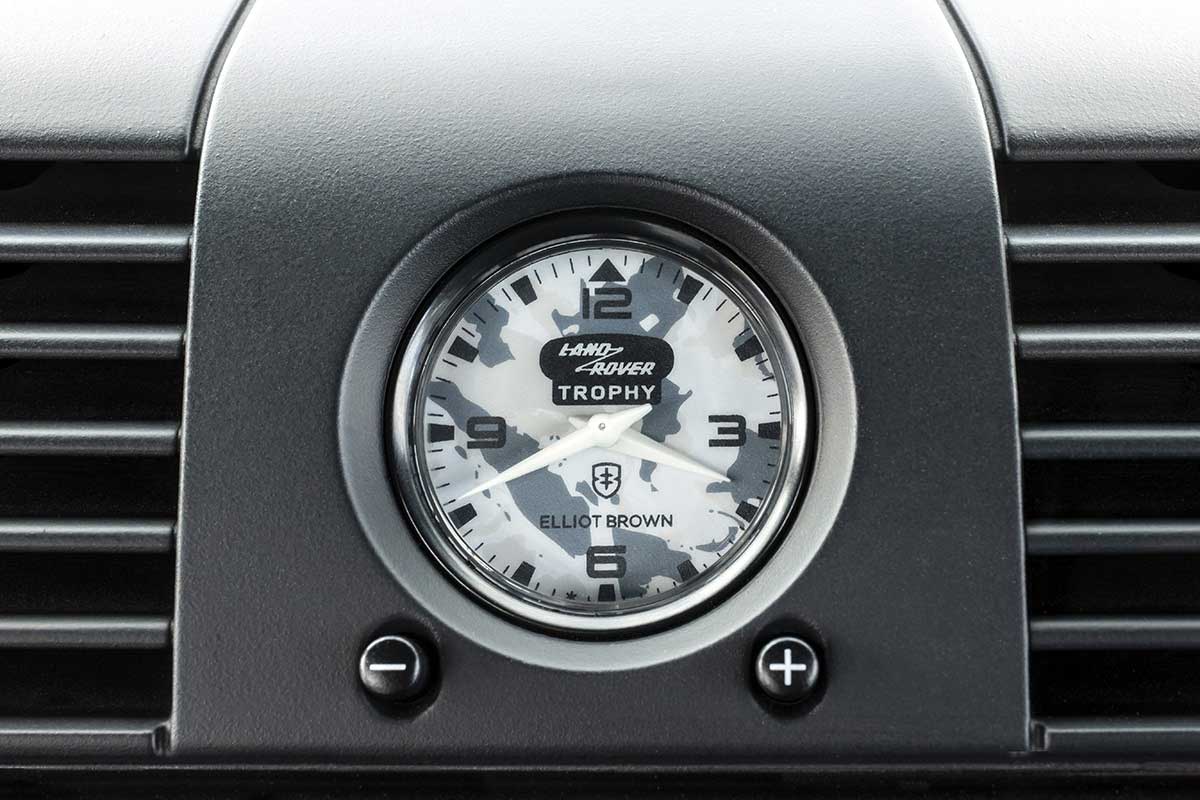 The Works II trucks will be rebuilt off the bones of Defenders built between 2012 and 2016. This means that, unless you have somewhere overseas to deliver it to and keep it for the next 15 years or so, this Defender is just as off-limits to Americans as anything built since 1997.

If you can’t get your hands on a Trophy II Defender, there will be a new range of genuine accessories inspired by the builds, so keep an eye out and see what Land Rover drops later this year.