Since the late Queen Elizabeth II’s first tour of the Commonwealth in 1953-54, she used Land Rover vehicles in many official parades and ceremonies. From Series trucks to the current fourth-generation Range Rover, there is a long history of Royal Review Land Rovers -- a tradition that King Charles III is likely to continue.

The earlier Royal Review vehicles were Series Land Rovers, with a shift towards Range Rovers after that vehicle's launch in 1970. The first Land Rover that was closely tied to the monarchy was a set of eight Royal Review Series I vehicles built for The Queen's first tour of the Commonwealth, a seven-month cruise around the world on the now-retired Royal Yacht Britannia. All were based on the 86” model. One was delivered in the UK, one to New Zealand, and six were brought along for the voyage in 1953-54. All painted in a rich purple called "Royal Claret," with an open back, they are omnipresent in the photos of the young Queen’s first journey to the outermost reaches of her empire. 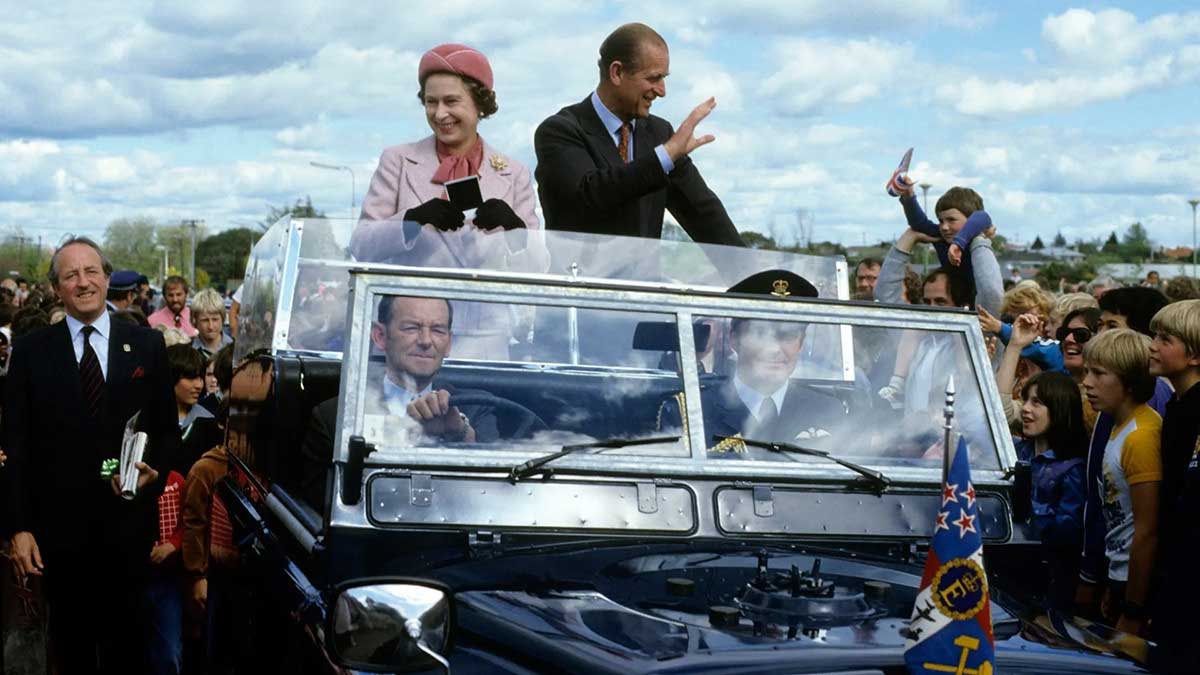 A further set of six Royal Review Series I vehicles was built in Australia in 1958 for future royal visits there, including the Queen Mother's visit that year. These vehicles were similarly equipped, but sent as Complete Knock-Down (CKD) kits to Australia and assembled locally at a facility in Sydney. They were also built on the 88" chassis, the final short-wheelbase Series I. They were used during Royal visits through the 1970s. 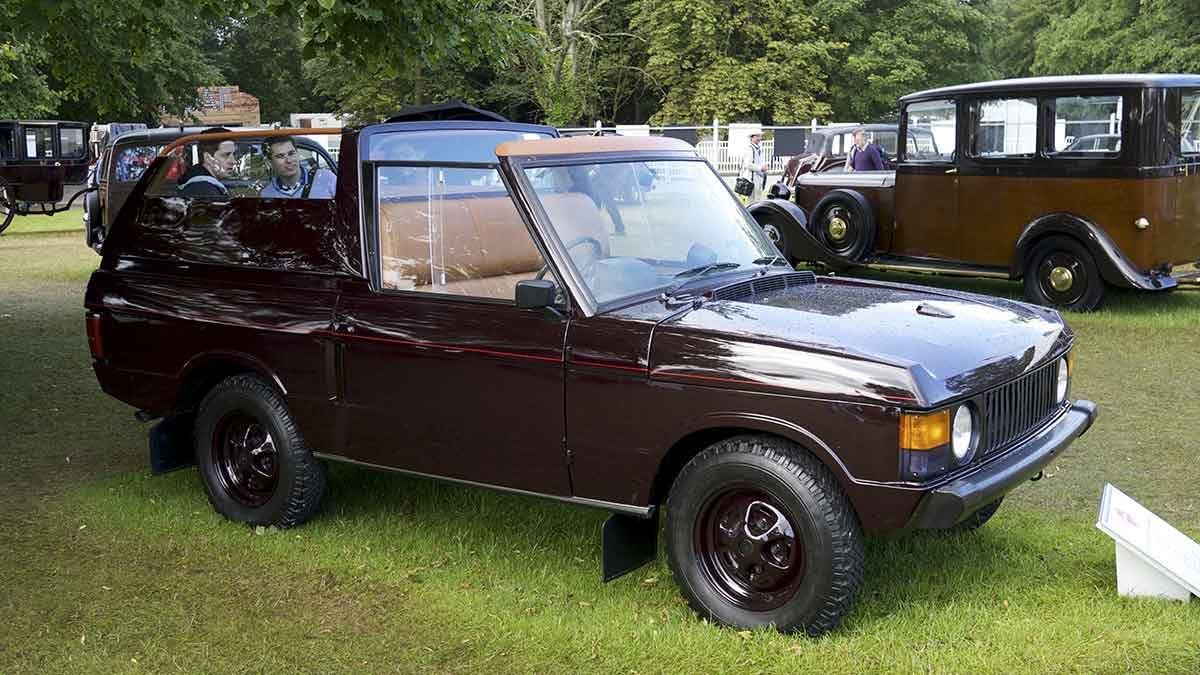 In 1974, a new Royal Review vehicle was introduced, a Range Rover Classic. Similar in layout to the Series I, it was painted in the same Royal Claret, right down to the iconic early 1970s Rostyle wheels. The entire roof was removed, with a padded rail added along the top of the windshield and the top of the rear standing area. The Queen would use this Range Rover during her Silver Jubilee in 1977. This vehicle, and examples of both versions of the Series I, are all on display at the British Motor Museum in Gaydon, England. 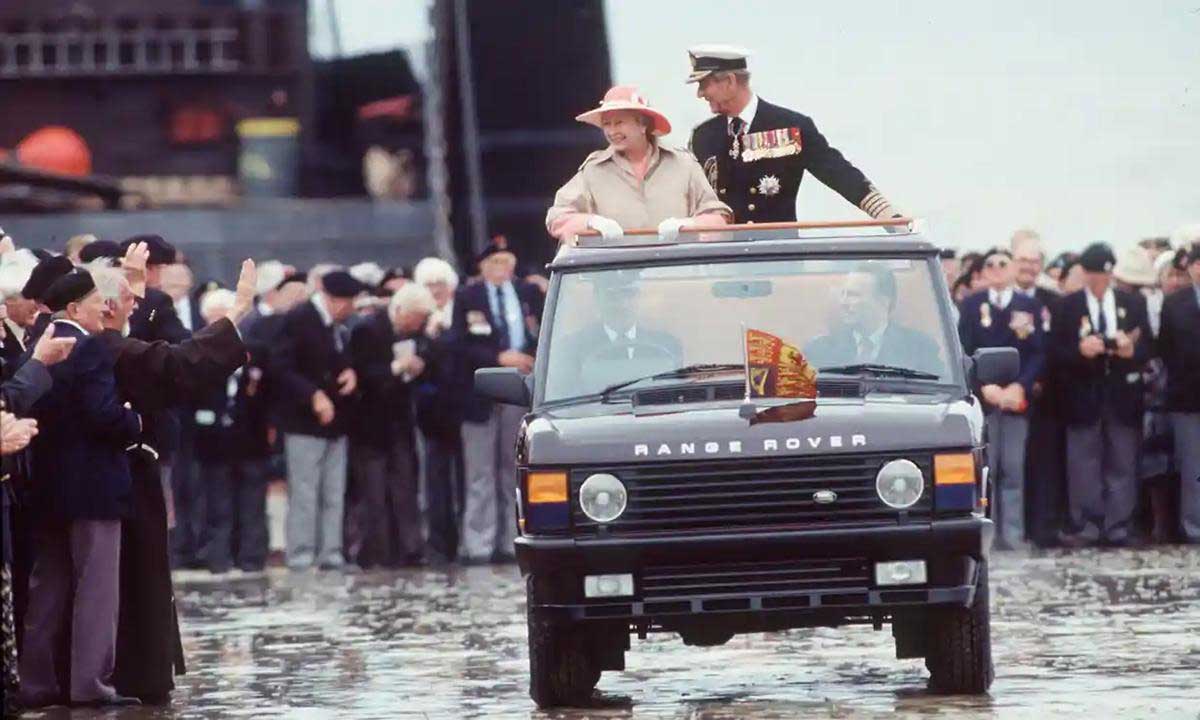 There would be another Range Rover Classic to replace that one in the early 1990s, with all the design cues of the later models. The Queen most notably rode in this vehicle during the D-Day 50th anniversary in 1994. 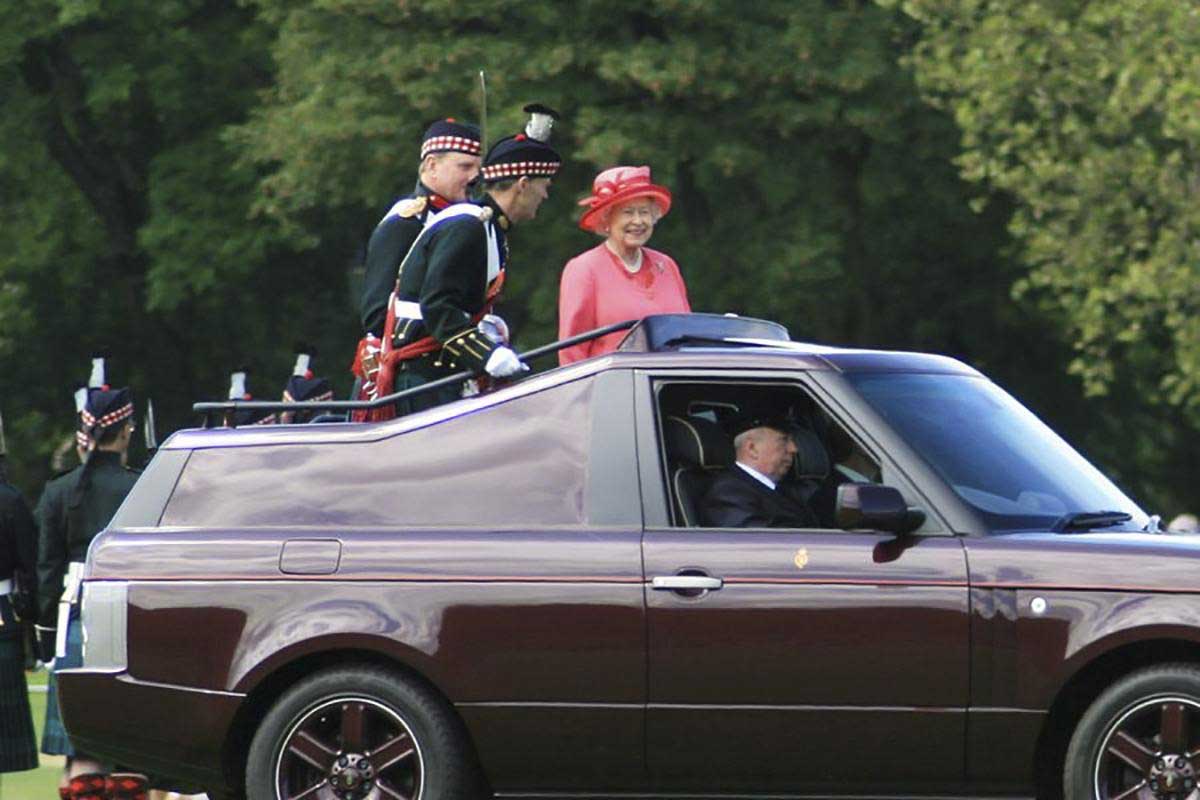 Upon the launch of the third-generation Range Rover in 2002, it was time to update the Royal Review vehicle, and so a custom-built model based on the 2002-2005 design was made, with an angled solid-walled rear standing compartment. This vehicle remains in service as the "backup" Royal Review vehicle, for times when more Royals need to be reviewed than can fit in one vehicle. 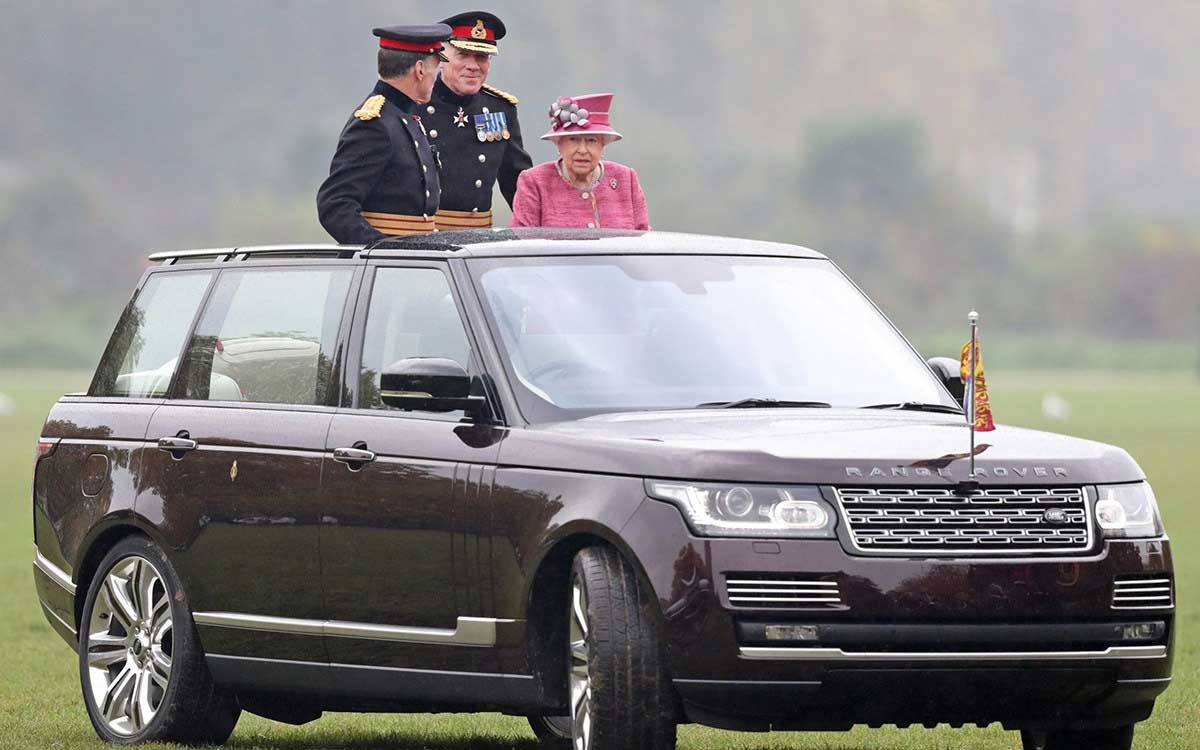 The current Royal Review vehicle is a 2015 fourth-generation Range Rover, built by Land Rover's Special Vehicles division. The cab was cut off behind the driver's compartment, with a chrome rail replacing the roofline. The vehicle has a bench in the back, in case The Queen -- who was 89 when it was delivered -- got tired during a parade and needed a rest. It was also an early implementation of Land Rover's diesel hybrid setup, which allowed the vehicle to run on electric power only in parades. It is painted in the same royal purple that all the other Royal Review Land Rovers have been. It's likely that this vehicle will play some role in the earliest years of King Charles III's reign, and may appear in his Coronation ceremonies.

There are many other parade Land Rovers, laid out in a similar fashion and often used for military reviews, but the Royal Claret fleet is the one that comes out when there are large civilian celebrations. For the entirety of Elizabeth II's reign, the Land Rover and Range Rover stood out front in this role.