I was massively anxious sitting in line to cross the border for two hours in Nogales, Arizona. I’d heard what people said about going to Mexico, even though I’d also talked to a bunch of friends that had gone recently. I decided I was either going to die a few miles across the border, or I was going to have an epic experience. Fortunately, it was the latter.

I didn’t expect that I’d spend New Year’s in San Carlos, Mexico. I certainly didn’t think I would be there with my own LR3. Every time I walked up to it, spotted the yellow New Jersey plate bolted to it, and thought, “I drove this here, from there,” it put a giddy lunatic smile on my face. I was on the edge of my comfort zone and loving it.

I’m in the middle of a three-week cross-country road trip right now. I was supposed to be in Britain, doing landscape photography in the ancestral home of Land Rover in Anglesey, visiting friends in the South West of England, and touring thousand-year-old cathedrals. But logistics got harder with the latest round of Covid regulations, and three weeks before I left, I cancelled my flight and decided to plot a backup plan. I’ve always wanted to explore the Southwest more, and I’ve been enjoying my LR3 the past year and the trusty adventure companion it’s been. So I threw together the loosest of plans, and the day after Christmas, I headed westbound and down from New Jersey.

I’ve spent the past week and a half meandering. I took the LR3 to White Sands and Saguaro National Parks, camped in the back of it on top of windy ridgelines overlooking Bisbee and Tucson, and driven thousands of miles over wide open roads.

And in Deming, New Mexico, I sat at the bar at the Adobe Deli, decided to buy some Mexican insurance for the LR3 at an agency in town, and drove down a few hundred miles into Sonora for the new year. It was a bit scary, and it was certainly a venture into the unfamiliar. I had to push against some mental barriers to go forth with the plan. But I had zero regrets when I did it.

When I got across the border, into the Mexican side of Nogales, there was no band of robbers waiting for me. There were no paramilitary roadblocks across the highway. I drove 300 miles through gorgeous scenery, on a 70-mile-an-hour highway, to a stunning beach town on the Sea of Cortez full of Canadian expats. I ate incredible fish tacos at a restaurant at the end of a rough dirt road, drove my LR3 through a forest of saguaros, and read my book on the beach. 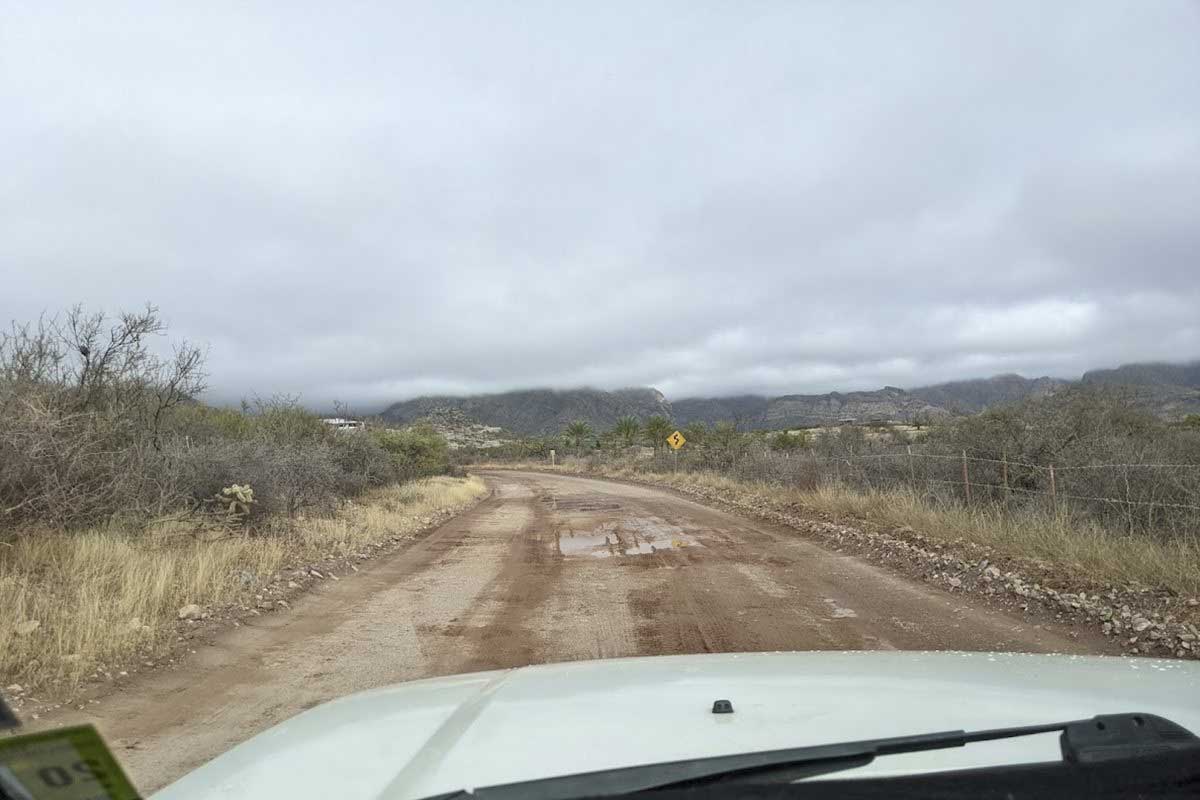 While it’s not a thing I went into without remaining constantly cautious and observant, those few days in Mexico on a whim were some of the best, most eye-opening travel experiences I’ve ever had. If I’d chickened out at some point, flicked the LR3’s left turn signal on and gotten out of the long customs line, I’d still be here holding onto my old preconceived notions.

It’s a new year, one that seems genuinely more hopeful than the last two. And with that, it’s time to bust out of your comfort zone. If you’re reading this, you probably own an example of the greatest exploring vehicle ever made. This year, it’s time to take your Land Rover and use it to do Land Rover things.

You don’t have to drive deep into Mexico (though if you live near the border and haven’t done it, I recommend it). But there’s plenty you can do closer to home. Conquer some local dirt road you’ve never gone down. Join the local Land Rover club and take in a club off-roading event. Take a roadtrip to a new place you’ve always wanted to go but never got around to. If you’re more experienced off road, plan to tick an iconic trail off your list. Do the Moab trip. Do the Colorado trip. Do the Maine trip. Heck, if your truck is almost ready for it, do the Rubicon.

Just do something you've never done.