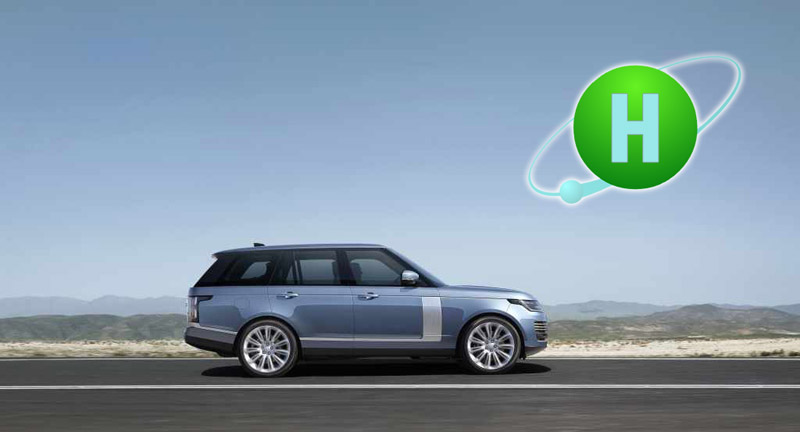 Almost every automaker is putting some major effort into a battery-powered future, Jaguar Land Rover included. However, JLR is taking a second bet on hydrogen fuel cell power, a less popular but still extremely viable clean energy solution. They’re planning on having fuel cell-powered vehicles on the market in a decade, by 2030, with a project called Project Zeus.

Project Zeus is funded by £73.5 million in British government subsidies, as part of a larger national plan to investigate alternative fuels. At this point, the investment is new and the project is in the early stages, so the ultimate goal and product of this research is unknown.

The biggest reason that JLR is looking to other green energy horizons: the size of their vehicles. Although they do make one of the only battery-only vehicles, the Jaguar I-Pace, that vehicle is a lot smaller and lighter than the typical Range Rover. To make a full-sized Range Rover fully electric-powered is a massive ask, even with new battery technology. Hydrogen fuel cells offer more clean energy in a more compact package, with more energy-packed in to propel such a large, off-road vehicle.

The downside is that they’re massively more expensive to manufacture than a battery vehicle – while the auto industry has more or less figured out how to make battery-powered cars reasonably priced, the same can’t be said for hydrogen. It has been very much considered a secondary research target, behind battery-powered vehicles.

There are also some drawbacks to hydrogen as an everyday clean technology. The typical process used to manufacture the fuel emits CO2, defeating the purpose of it as a carbon-neutral fuel. Fuel is also hard to find in the real world right now, and cannot be dispensed at home – there are no jerry cans of hydrogen if you get stuck on the trail. There are only a handful of vehicles on the market at this point, with the major offerings sedans and small crossovers from Toyota, Honda, and Hyundai. BMW, which has formed a powertrain alliance with JLR, has worked with Toyota to use their fuel cell technology, which might be the starting point for a hydrogen-powered JLR product.

While it's probably a long time until we see a hydrogen-powered Land Rover in dealerships, it's an interesting addition to what is becoming a long list of powertrain options in the Land Rover fleet, during this long period of transition from petroleum-powered cars to new, greener tech.