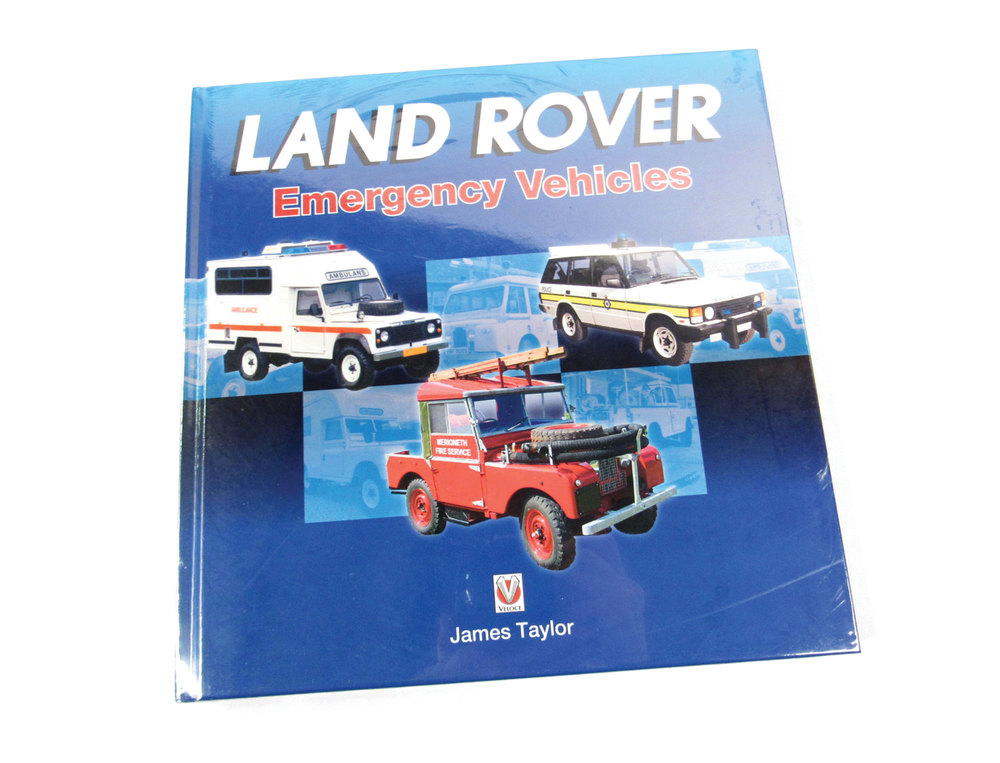 This book provides a historic and nostalgic look at the role played by Land Rover vehicles in emergency services over the last 70 years. Land Rover products have been used by emergency services almost from the moment the first Land Rover left the factory in 1948. Their agility and size made them an immediate hit with fire departments, where they initially became popular as factory firetrucks. Their cross-country ability and versatility then attracted police forces, especially those outside Britain, and when long-wheelbase models provided extra space, they also became favorites for ambulance conversions.

Some emergency-service conversions required very little adaptation and were carried out in the workshops by the end-users. Others, such as the six-wheel Range Rover firetrucks, required major alterations from the factory-standard vehicle. Meanwhile, specialist companies developed dedicated ambulance and firefighter bodywork, creating a fascinating variety of different types.

Some of these conversions, such as police patrol vehicles, went on to become part of the background to everyday life. Others are much less well known and have their own special interest. All of them help to illustrate the versatility and adaptability of Land Rovers and their more modern SUV siblings. Land Rover Emergency Vehicles will interest Land Rover enthusiasts and emergency-vehicle enthusiasts alike, and many of the types illustrated will evoke nostalgic memories of these vehicles in their heyday.

About The Author:  James Taylor has been writing about road transport since the late 1970s, and his interests embrace a wide range of older cars of all makes and nationalities, as well as classic buses, lorries, and military vehicles.  His primary interest is in models that have carried Rover or Land Rover badges.  James has written around 130 books and spent ten years as the editor of Land Rover Enthusiast magazine. He has written very widely for both magazines and books on motoring subjects but has specialized in the history of Rover cars and Land Rovers. He has owned four Range Rovers as well as a variety of other cars and continues to write for the motoring press both at home and abroad. His previous books include Rover V8 - The Story of the Engine, Factory-Original Ford Capri Mk1,  Factory-Original Mercedes SL, Factory-Original Aston Martin DB4/5/6, and Factory-Original Mini Mk1 & Mk2. James lives in rural Oxfordshire, surrounded by books about cars, and usually with something old and interesting in his garage.

Parts came quickly and as needed.

Landrover parts can be found easily and at reasonable prices.

Fantastic customer service and the best selection of parts for my D2 in the US.

The quality parts that I need at a fair price.

Service was excellent. You turned the order around very quickly and shipment (s) arrived earlier than I expected.

Great products and service! I have already recommended you to many of my friends

I've been shopping with y'all for 10+ years now and have never been let down. Customer service is top notch and parts are reasonably priced and usually arrive on time.