4.4 out of 5 stars View all reviews (5 customer reviews) | Review this item

Our front Land Rover Discovery 2 oxygen sensor (Part # MHK100920) has been made specifically for use in your Land Rover Discovery Series 1999 – 2004. You can be assured this high quality replacement O2 sensor will fit your Rover when you purchase from Atlantic British.

Each Land Rover Discovery 2 requires four (4) oxygen sensors. Two of these sensors are mounted in front of the Land Rover’s catalytic converter and two behind it. The front O2 sensor or pre-cat sensor measures the oxygen levels of gases leaving the combustion chamber. The amount of fuel entering your engine is then adjusted based on the oxygen levels of your exhaust gas. As an oxygen sensor ages, it becomes contaminated, reducing its ability to read and react to your vehicle’s O2/gas mixture. A sudden drop in fuel economy and a “check engine light” are common symptoms of a failed O2 sensor.

Atlantic British is your one stop shop for Emission System replacement parts. Land Rover Discovery 2 Oxygen sensor replacements and catalytic converters can be found at Atlantic British for all vehicles at low prices. Not sure of the difference between a “front” and “rear” oxygen sensor? Need a second opinion on whether its time to switch out your sensors? Want more information on how a new set of oxygen sensors can increase your vehicle’s performance and fuel efficiency? Give one of our Rover experts a call, they are standing by and ready to assist you in any way they can. 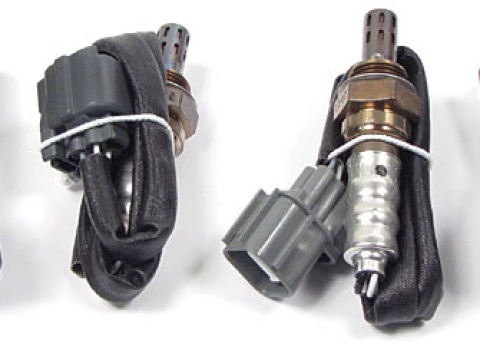 Atlantic British Ltd. Repair & Maintenance Academy How-To Video: Watch Doug, our Land Rover Master Technician, explain the process involved in performing the oxygen sensor service for a 1999-2004 Discovery Series 2. Using money-saving kit # MHK100920SKA, with 2 oxygen sensors each for front (upstream) and rear (downstream) installation, it is recommended that the O2 sensors be replaced every 90,000 miles. Questions about this video? Call us at 1-800-533-2210 or contact us via live chat.

Great replacement item! With the help of the Atlantic British tech video, I had my front O2 sensors replaced in no time flat! And these sensors do a good job without having to shell out $200 a pop for the OEM ones. Thanks Atlantic British!

There are many parts that I have ordered that did not meet my qualification, but this part meet them all.

Repair video was very helpful and the product will help gas mileage.

Perfect fit and instant performance upgrade over old worn sensors. Should have done this sooner.

I had previously purchased a cheaper aftermarket unit of the intraweb and it was not even recognised by the Disco - so a P0150 code right away. Purchased a pair from Atlantic, although only one code up (will do other at weekend) installed a breeze and it just worked. no messing, cleared codes, so far so good.