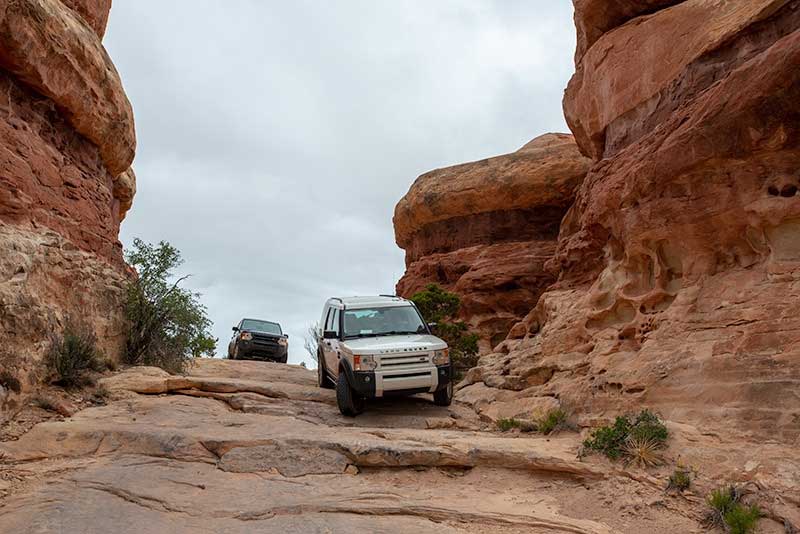 Canyonlands is one of the greatest National Parks in America, but to fully appreciate it, you have to go off-road. Trails like the White Rim Trail and Elephant Hill Road bring you much closer to the canyons and rock formations than any paved road to a visitor's center will. Last year, I took my Discovery 1 to the White Rim. This year, I jumped on the opportunity to explore the Needles District. 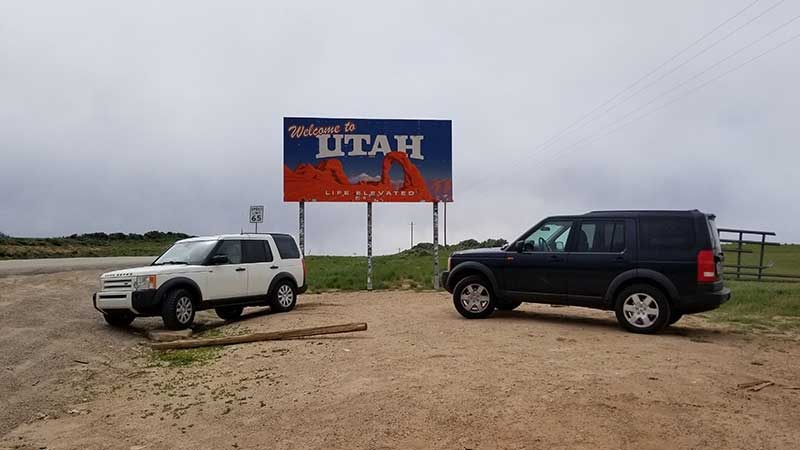 My friend Max Thomason in Atlanta invited me to join him and a few friends from SOLAROS, the Southern Land Rover Society, on a trip out west. I flew down to Georgia from New Jersey to join him in driving duties in his LR3. We were joined by Kevin Howard, Vasily Lantukh, and Ted Hayduk in Kevin's LR3. We began the trip with an 1800-mile haul from Atlanta over a day and a half, covering 1100 miles in a day to Amarillo, including traversing one of the tornado zones that had covered the Midwest this week. By Sunday afternoon, we had aired down and begun our trip on the Beef Basin Road south of Canyonlands.

Beef Basin connects to the southern end of Elephant Hill, which traverses the spine of the Needles District of Canyonlands. We camped along the road, setting up a pop-up shelter to keep away from the drizzly rain. The weather in Moab can be extremely variable, and while my first trip there last April had been warm and sunny, this year I was realizing that I should have brought an extra sweater instead of replicating last year's wardrobe. 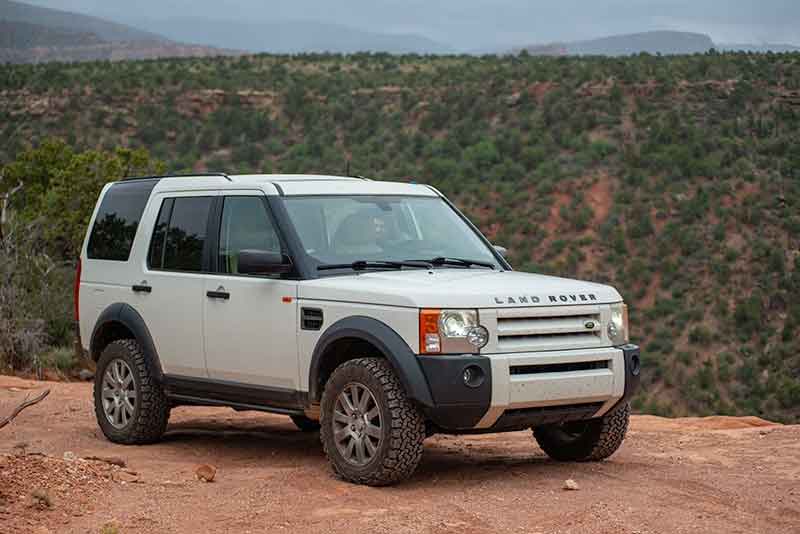 Monday we spent all day on the Elephant Hill trail, and the most common refrain on the radio was "wow." The trail runs through the rocky spires of the Needles, winding through taupe canyons and up and down slickrock. Some of the most famous obstacles are Bobby's Hole, a steep and winding descent, and the Silver Stairs, which descend down a dramatic slickrock face. The topography was very different from the White Rim Trail scenery just a few miles away, with more weather-worn rock spires. 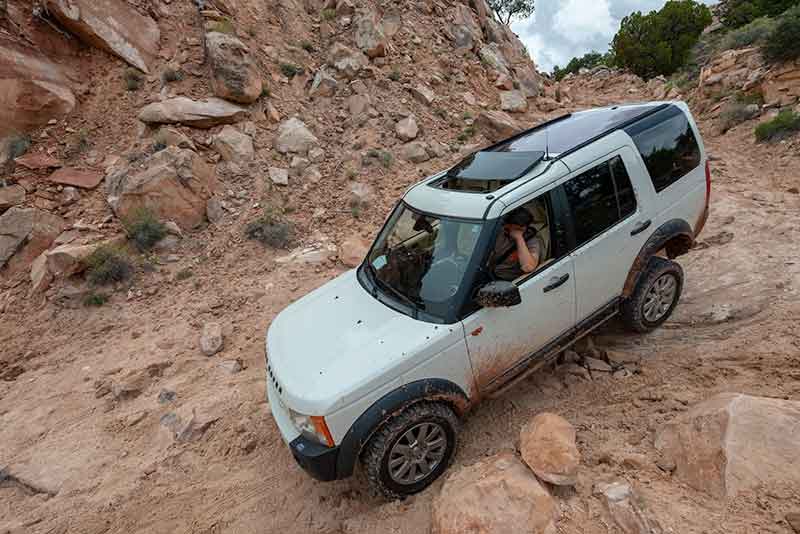 We drove out to the confluence of the Colorado and Green Rivers, where the two waterways mix with a dramatic color shift. The scale of the canyon was difficult to comprehend, even right in front of it. The way it was carved into the earth, you didn't see it until you were almost at the edge, when suddenly the hundreds and hundreds of feet of drop to the river became very, very real. We got a few Facebook profile photo-worthy shots sitting on the rocks around the edge of the canyon and took in the majesty of nature. 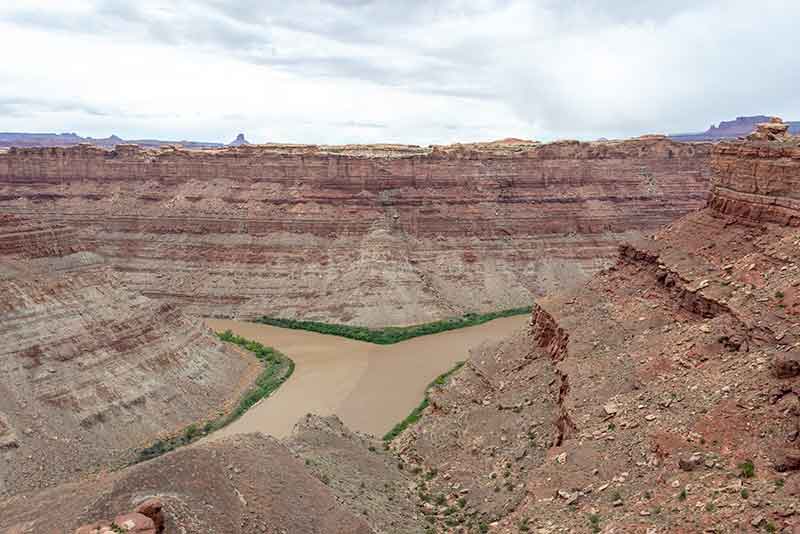 The Elephant Hill trail ends with a steep, winding hill climb, with a few K-turns to navigate the narrow cliff faces. We got both LR3s up them with no issues, plotting lines and turns as the lowering sun glowed on the red rocks. 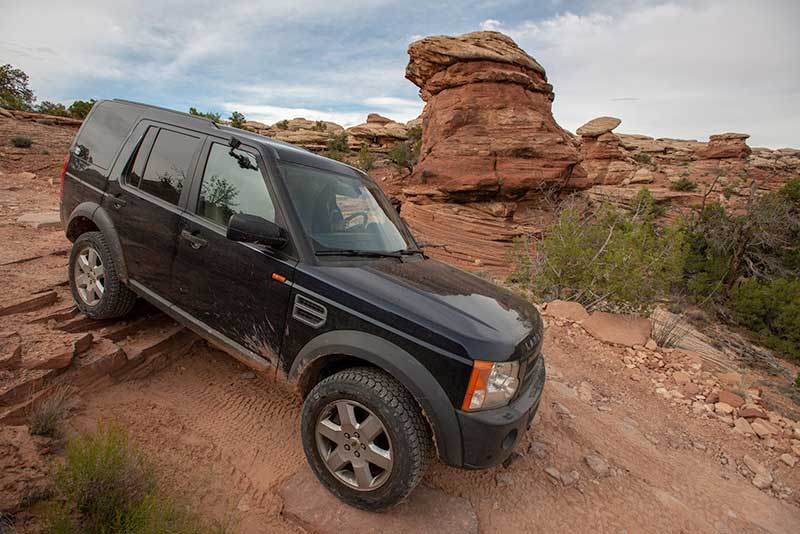 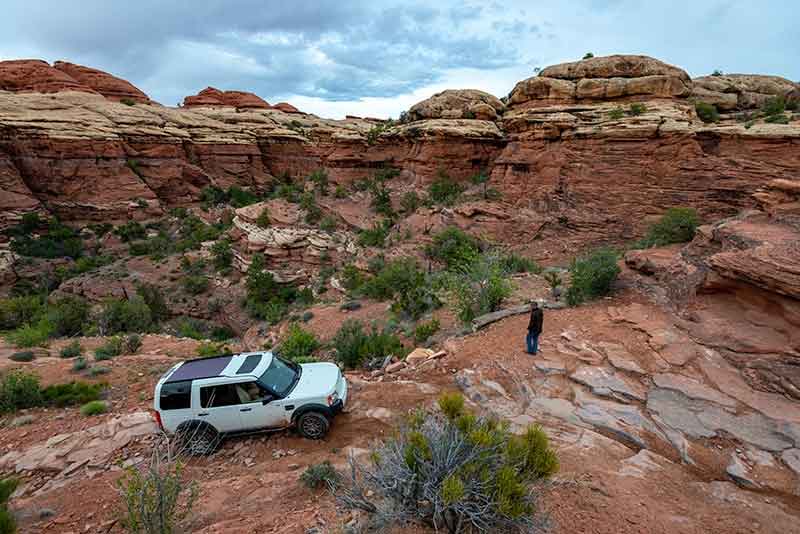 We ended the day camped in a nearby canyon, an incredible sunset illuminating our setup. 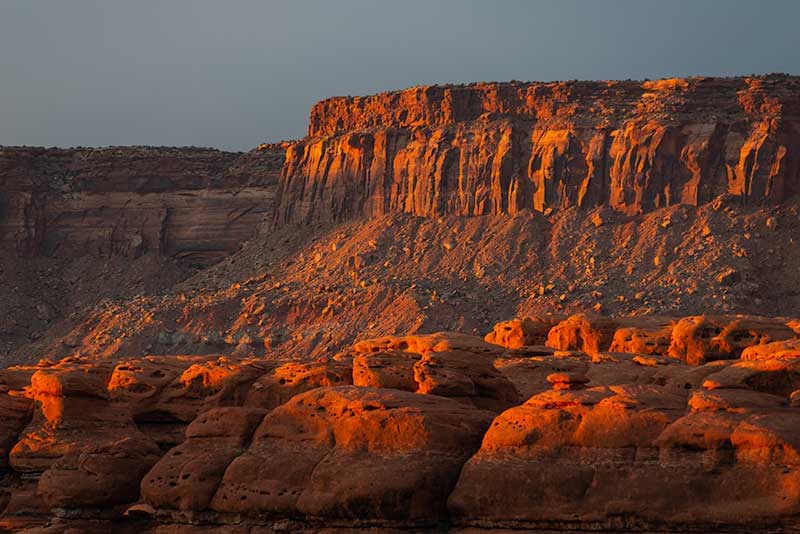 My final trail of the trip was a quick run out to the Colorado River from the Needles Visitor Center. Then it was into the town of Moab to get a burger at my favorite place in town, Milt's Stop and Eat. It's the oldest restaurant in town, a burger stand with outdoor seating underneath trees. It's become my traditional last stop in Moab. 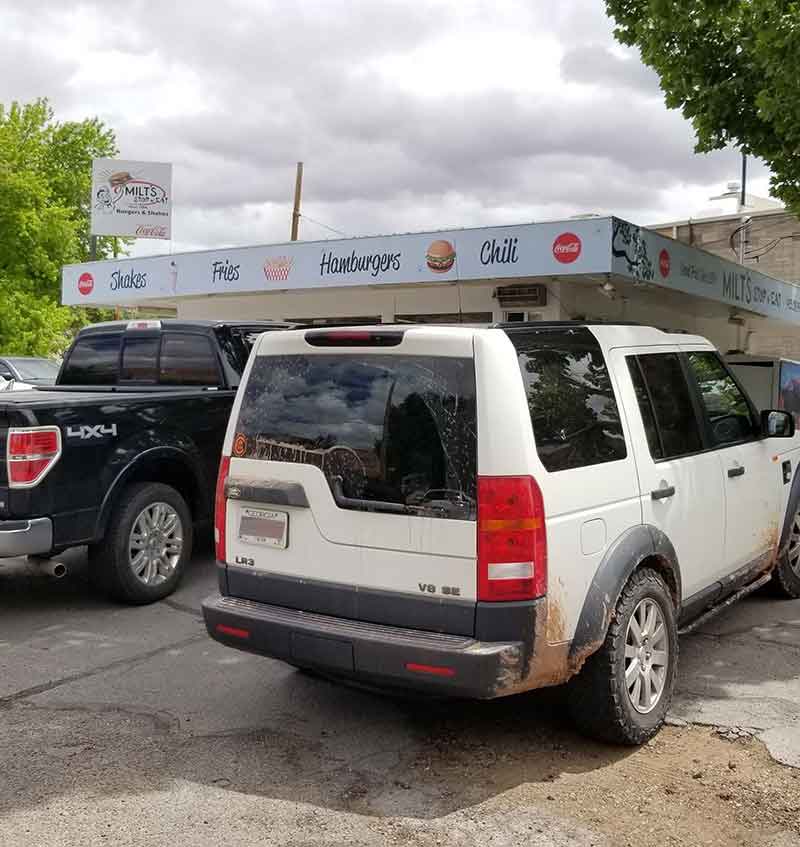 I also got to quickly catch up with my Land Rover friends Bogdan and Ewa from back home in New Jersey, who were on a similar roadtrip that didn't quite match up itineraries with ours. 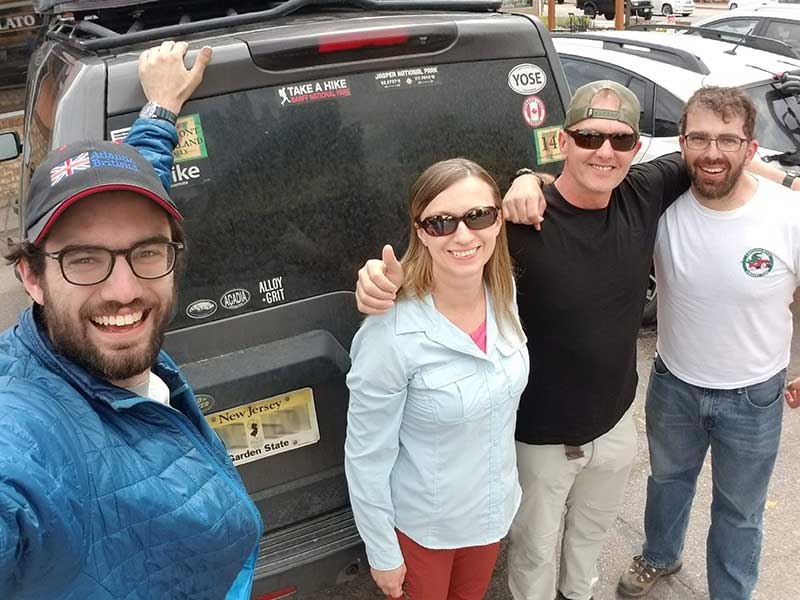 Everyone else stuck around to do more trails, but I had done this trip pretty last minute and had to get back to work to save vacation time for more spur-of-the-moment adventures this year. I rented a "normal car" to drive one-way to Salt Lake City for the redeye flight to Newark.

I'd never spent much time behind the wheel of an LR3 before. I respected them, but I've also always been more a Discovery 1 and Range Rover Classic guy. I was immensely impressed, even 15 years after its release, by how the LR3 took the "all-rounder" concept that makes the Discovery 1 and Discovery 2 such a great vehicle and refines it even further. We did 80 mph all the way across America, then took some tough trails, all with the same almost-stock vehicle. I comfortably slept in the back without even adjusting the front seats forward, and I'm well over six feet tall. The six-speed automatic transmission and 4.4-liter V8 lays down some impressive power in tricky situations, and has way more power than my D1. They are also aging very well, and we had no real concerns driving a 14-year-old truck on this trip. The postmodern design has become iconic, and I've come to appreciate the thought put into the details of both the exterior and interior more and more recently.

Fifteen years ago, the LR3 was criticized as an ugly electrical time bomb with a useless independent air suspension and an over-reliance on Terrain Response and traction control. It would never hold up the torch of the Discovery 1 and 2, people said. Well, if you're a time traveler from 2004 reading this, I can tell you only one thing: you were very, very wrong...and so was I back then.