The What3Words location system is coming to PiviPro-equipped Land Rovers, introducing the global location pinpointing service to hundreds of thousands of globetrotting vehicles.

What3Words was launched in 2013, as a way to give some form of an address to parts of the world that don’t have a traditional street-and-number system. The inspiration for the concept was when co-inventor Chris Sheldrick was managing a band in the UK and was travelling to a remote venue with no address. He put the GPS coordinates in, transposed the numbers, and ended up in entirely the wrong place.

What3Words is meant to prevent that from happening, by making “coordinates” out of three random words, with dots in between them. Each coordinate covers a three-meter-by-three-meter square of the world, in a massive grid.

For example, if you wanted to navigate to the front door of Atlantic British’s New York headquarters, you’d navigate to ///outer.touchy.ongoing. The front gate of Land Rover’s Solihull factory is at ///shine.washed.fluid. And so on and so on, all around the world – you can find out your address here. https://what3words.com 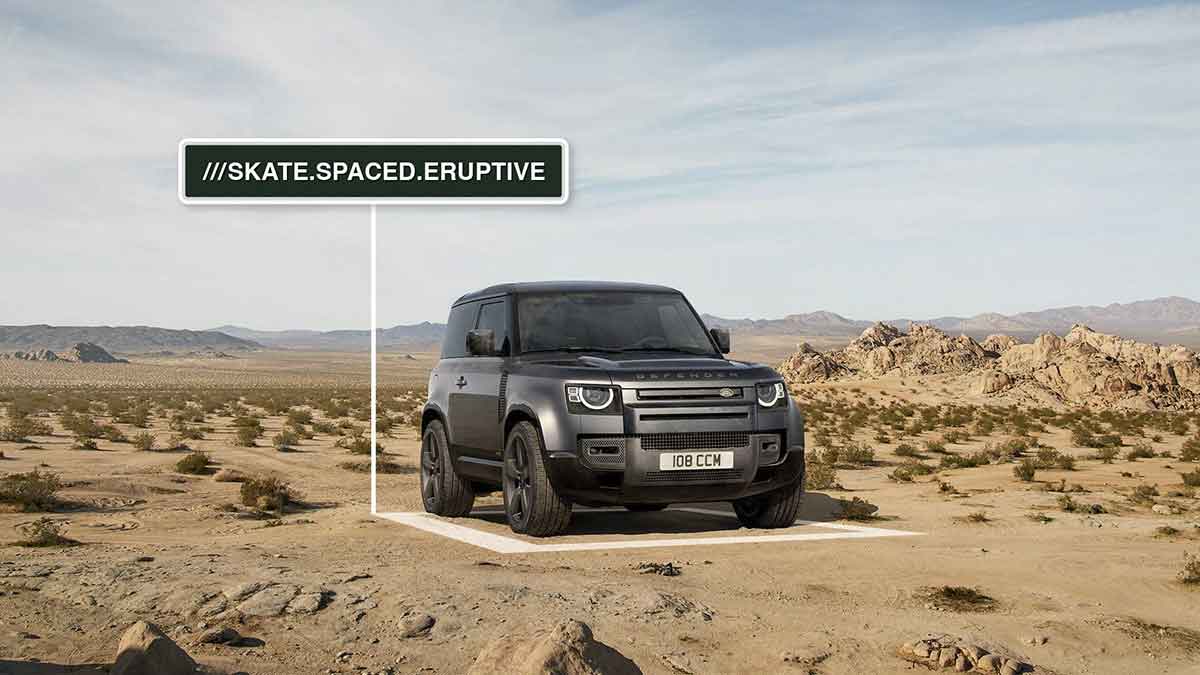 The idea is that by creating these coordinates for these small patches of the globe, you can create an easy-to-interpret system that’s global. Have to deliver things to remotest Mongolia? You can actually navigate to an exact spot with the What3Words address, without using a long set of GPS coordinates.

Land Rover will now integrate this tech into the Pivi Pro in-care entertainment system, and if you already have a Land Rover with Pivi, don’t worry – this came with the same over-the-air update that gave you Amazon Alexa access in your vehicle.