Dakar 2022 is a wrap, having taken on 12 stages across Saudi Arabia over two weeks. Among the finishers were three Series II 88s from the Czech team Vintage Racing Team, and two Range Rover Classics of Spanish team Avall Competició.

Avall Competició ran two Classics, reflecting on Dakar’s earliest days when a Range Rover Classic won the first 1979 rally. Car 747 was piloted by Diego Ballester and Enric Conti, and car 776 was driven by Miquel Boet and Aleix Cabarroques. Both had a full suite of modern safety equipment. They also have a Mercedes Unimog truck that serves as their mobile base station, setting up a camp each day before the Range Rovers arrived.

The teams suffered some navigational challenges in certain sectors, but did well on the regularity segments. The biggest issue seemed to be a suspension issue with the support Unimog, which broke a damper. One of the Range Rovers had an issue with the fuel pump. Otherwise, they were generally reliable, at least for the age of the vehicles and the difficult stages they were put through. They did well in several stages, especially car 776, though they did not end up cracking the top 10 of the Classics rally.

Vintage Racing Team brought several Series II from the Czech Republic, all running original 2.25-liter 4-cylinder motors. The only modifications over stock were extended-range fuel tanks (the original 12-gallon tanks would be nowhere near sufficient) and cooling system upgrades, as well as the safety equipment required by Dakar.

The experience was not quite as trouble-free with the Series trucks as with the Range Rovers, but then this is more or less expected by any Series owner. In fact, it took until Stage 11 to have a trouble-free day. Nonetheless, as one would expect for anyone going into this endeavor with these trucks, they persevered and all three trucks made it across the finish line in Jeddah, all going home with a finisher’s medal.

They broke front axles and rear parabolic springs, and finally had to decide to take things slower and treat the Land Rovers like the lumbering tractors they are at heart.

A few other vintage Rovers completed the rally, including five other Range Rover Classics, and several Bowler vehicles competed in the modern Cars class. Overall, the representation was good for the automaker that dominated the earliest days of Dakar. 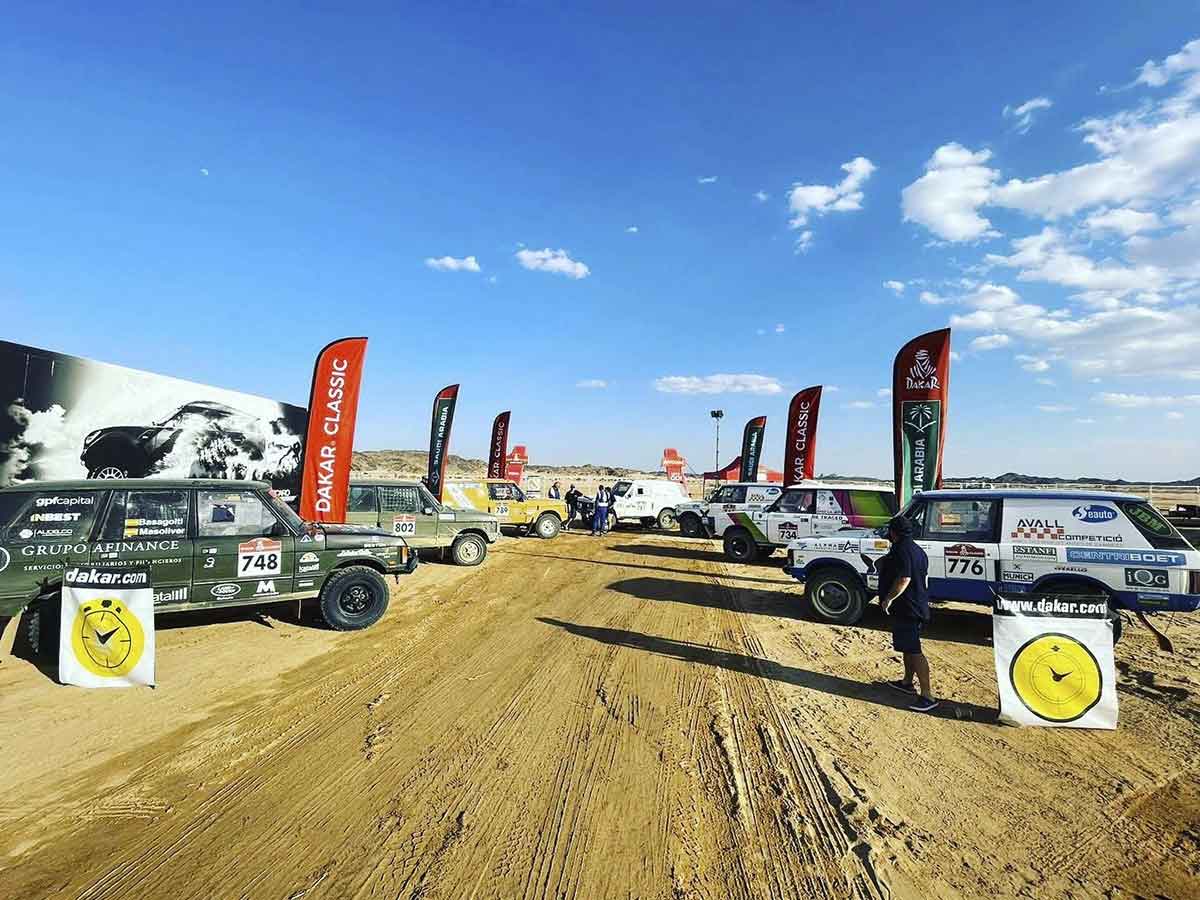