Driving a Land Rover always casts an aura of royalty over you, since the British Royal Family are huge fans of them. Now, if the idea of driving the same kind of car the Royals do wasn’t enough, you can actually own a Range Rover formerly owned by Prince William and Princess Catherine, the Duke and Duchess of Cambridge.

The Cambridges were given the vehicle in 2013 via Jaguar Land Rover’s VIP Department, which keeps these types of high-profile individuals supplied with fresh vehicles to help the image of the vehicles. It’s painted in a dark Baltic Blue, with Almond/Espresso interior. It has a 4.4-liter TDV8 diesel engine, is a high level SE Vogue trim level (British trim levels for Range Rovers don’t directly correlate to American ones, but this would be equal to a high-grade HSE model), and has most of the available options list installed.

The Rangie was in the royal fleet until 2020, and only has a bit over 38,000 miles. As befits a vehicle of its pedigree, it has a full and detailed service history. It also still has the same number plate the Cambridges used, which is unusual – usually, when vehicles leave the Royal fleet, the numbers are changed. There's several photos on the listing of it being used for Royal transport. Not visible: dimples in the backseat from carrying Prince George, Princess Charlotte, and Prince Louis in car seats. 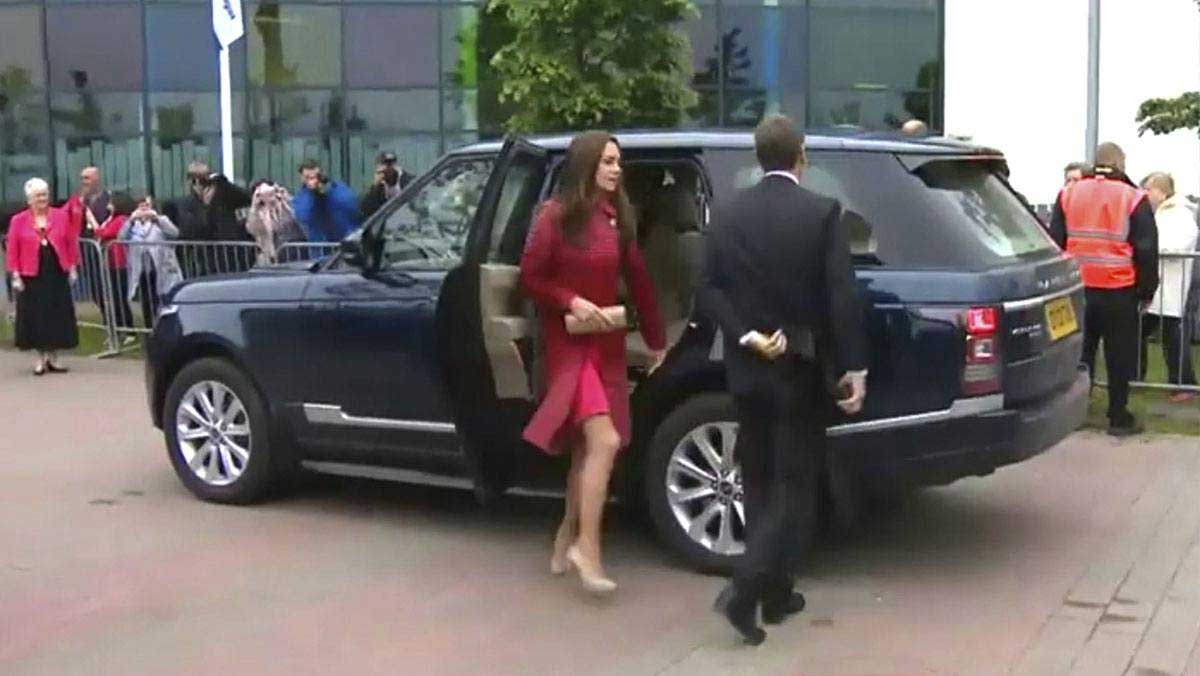 The truck’s Bonhams listing shows that the truck scores 100 out of 100 on their Seller’s Assessment, which makes sense for a new-ish vehicle with such pedigree. Indeed, it looks almost new, and if the Royal heritage wasn't enough for you, it's an excellent low-mile example of an early L405 Range Rover.

The auction will be held May 22nd at Bicester Heritage, a business campus in England focused on historic motoring pursuits, suppliers, and craftspeople. Notably, it's Bonhams' first in-person (albeit socially distanced), drive-the-car-across-the-podium auction since before the pandemic.

Oh, but you have to look from afar...thanks to that TDV8 diesel engine, this Royal Rangie can't be in your American stable until 2038.