Ron founded Ridgeback Guide Service in 2017, after several years of less formal off-road leadership in his home state of Vermont. He guides trips mostly in the Northeast, including in his life-long home of Vermont. In addition to taking people on some truly epic New England off-road trails, he prioritizes folding in historical context and local restaurants, shops, and breweries so that visiting off-roaders get a better sense of all the bounties of the region.

Unlike the remote and endless trails of the west that wend and weave along federal land, off-roading in the Northeast – and especially in Vermont and New Hampshire – involves weaving in and out of rights of way that sometimes cross private land. This also means putting a lot of work in to maintain access – and Ron’s support of the Tread Lightly! program and principles play a major part in keeping these roads open to all.

Ron also has put a ton of work into reopening trails across New England, and the testimonials in Tread Lightly's announcement are a monument to his tenacity, attention to detail, and thoroughness when bettering the off-road scene. From replacing kiosks and signage to rebuilding bridges, he's put his all into trail maintenance, making the backcountry a better place for everyone.

Many Land Rover owners in the Northeast have gotten to know Ron over the years, and "Bee," his yellow Discovery Series II Kalahari Edition, is an icon of the New England Rover circuit. Along with his wife Bethany and his Rhodesian Ridgeback Tiberius, he's known as one of the friendliest and most encouraging Land Rover enthusiasts in the area.

To recognize his achievement, Ron will receive a custom desk chair from Corbeau Seats (presenting sponsor of the Ambassador of the Year program), a $500 grant from Tread Lightly! for the program of his choice, and a custom commemorative plaque.

Also to celebrate were two other off-roaders honored by Tread Lightly! Cat Fanaro of the Colorado 4x4 Girls was the runner-up for the Ambassadorship, for the work she's spearheaded with her group to clean up trails in Colorado. Nena Barlow, a guide in the Moab and Sedona areas, a staple in the western 4x4 industry, and a major part of the Rebelle Rally, was honored with the Tread Lightly! Legacy Award.

As a friend of Atlantic British, we all congratulate Ron on his recognition! 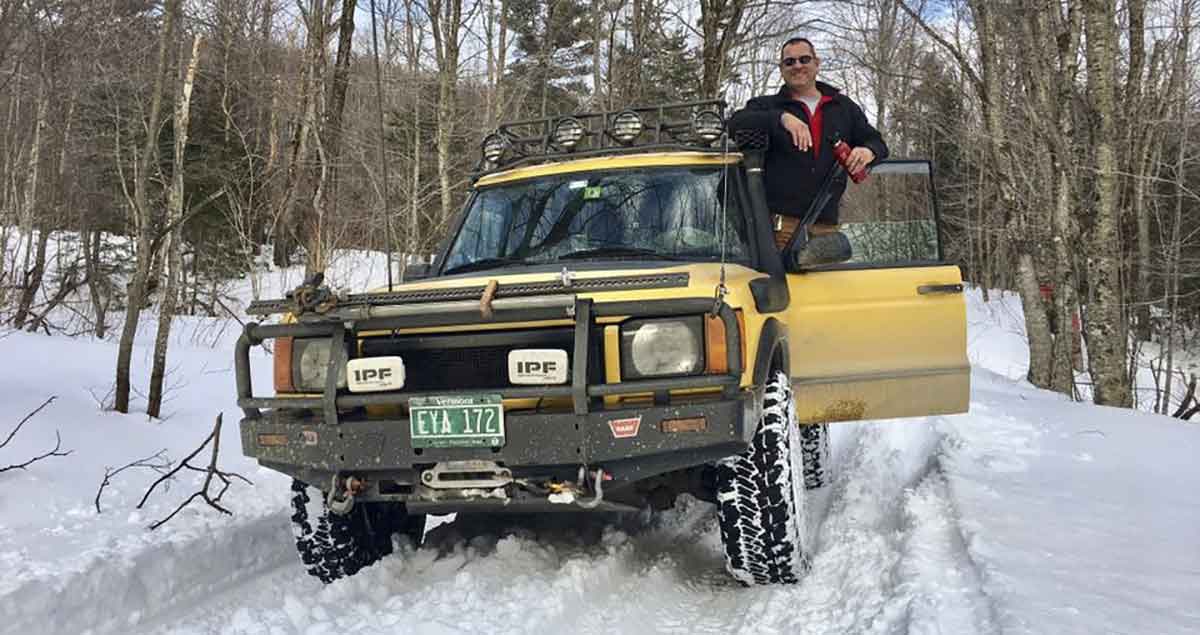