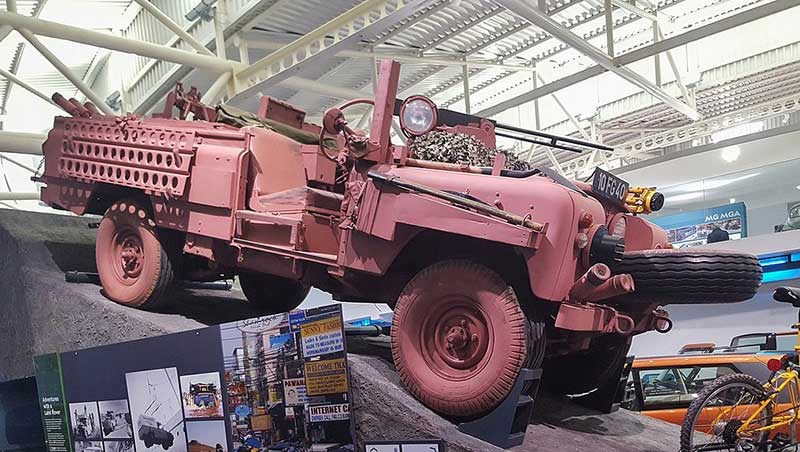 Fifty-one years ago, one of the most famous and stealthy military Land Rovers came into existence – the Pink Panther. Thirty-five years after its retirement, it’s still an icon and one of the most collectible military Land Rovers.
In 1968, the Ministry of Defense bought 72 109” Series IIA Land Rovers for the SAS, their elite commando unit. These were to be adapted for use in the desert, where Her Majesty’s Armed Forces were heavily involved in the Persian Gulf. They had been using 88” Series Land Rovers, but they were proving too small for the SAS’s needs. 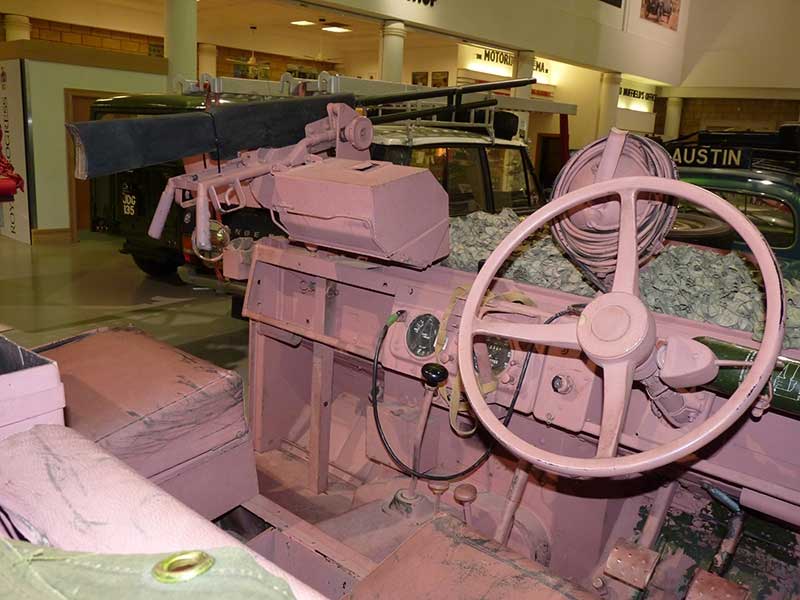 The 109s were delivered in standard Bronze Green, and immediately sent to Marshall’s of Cambridge, a major Land Rover rebuilder at the time. They were uprated in every way to survive heavy dune bashing and heavy artillery needs. Fuel capacity was extended to 100 gallons, with four tanks to allow for a long range in the sands. Chassis and suspension components were uprated, sand tires were installed, and a special spare tire mount was built on the front. A bead breaker for changing tires was strapped to the wing, and there was spare water and oil. There was even a sun compass, something that had become standard desert kit after the experiences of the Long Range Desert Group in North Africa in World War II.
For artillery, they were equipped with a machine gun on the left side of the hood, various smoke canisters and grenades, anti-tank weapons, and rifles. When all was said and done, the fully-laden vehicle weighed a massive 3 tons. 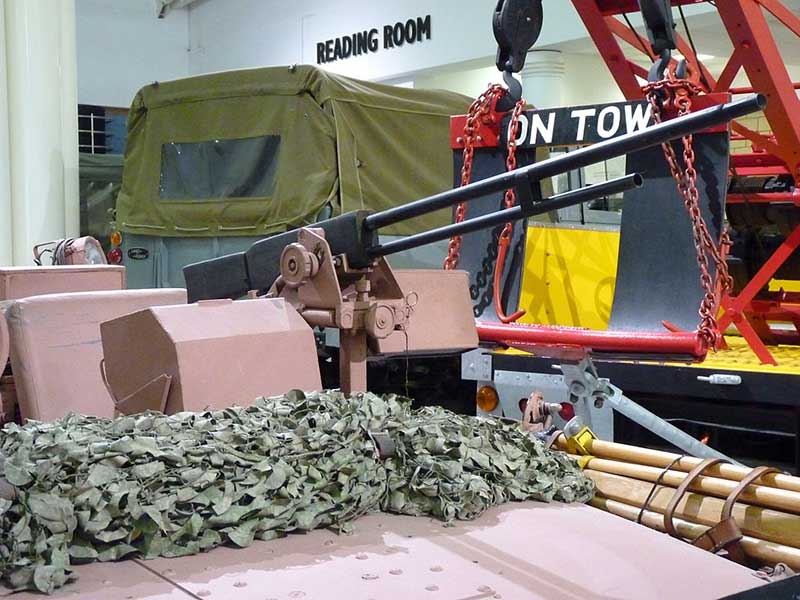 To protect the vehicle and its exposed occupants, the truck was painted in what was considered the best desert camouflage at the time, a dusky mauve-like pink. The pink color came from the experiences of the Long Range Desert Group in the Sahara. They found that it was an incredibly easy color to disguise in the sands, especially at dawn and dusk. This earned them the nickname “Pink Panther,” or “Pinkie” for short.
The Pink Panthers would serve the SAS from 1968 to 1984, when they were replaced with a Defender 110 variant. While they were in service, they proved generally reliable, though like most Series Land Rovers under heavy use, they often broke halfshafts. Many would be lost over the years, however – the number of survivors is not known exactly, but is estimated to be about 20 of the 78.
Today, the remaining Pink Panthers are some of the most collectible Land Rovers for the true fans of the marque. They are mostly in private collections, as well as one in the famous Dunsfold Collection. They are very difficult to export from Britain now due to their attached war material, but there are a few in private collections in North America that show up at various British car shows. 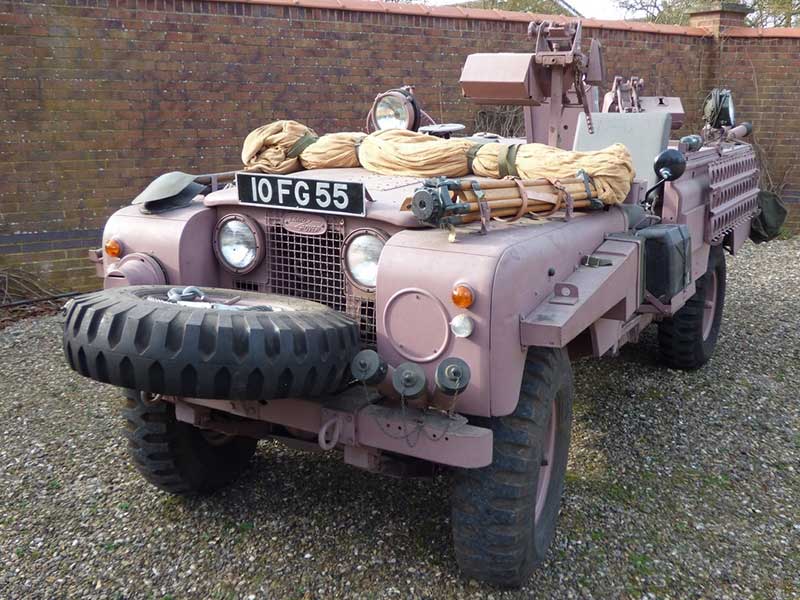 If you want a Pink Panther of your own, and want to try and export it from the UK, there’s one for sale in England for £65,000. At that price, and with its significance and rarity, it’s probably not something to take on rough trails, but it’d be awesome to take to your next Land Rover club event.