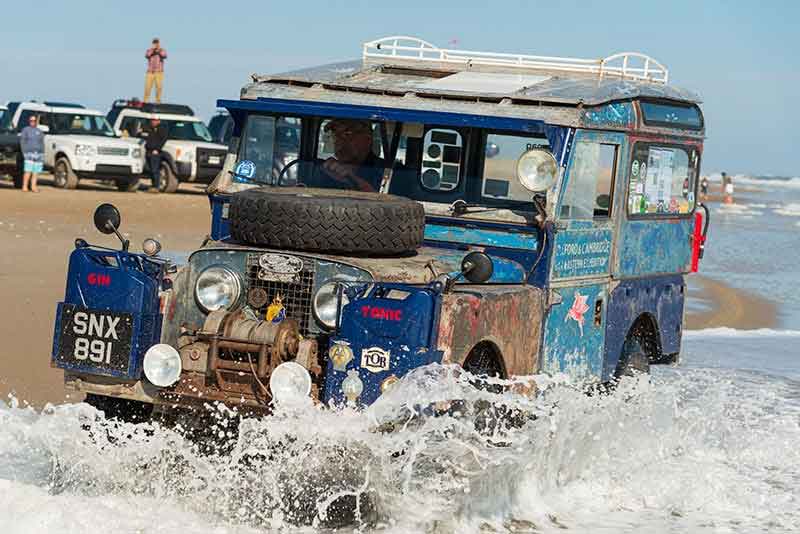 In a small weekend celebration arranged by the Rover Owners Association of Virginia (ROAV), Oxford's caretakers over the past year, Oxford completed the "Sea to Shining Sea" expedition component of its visit that began in September in Oregon.

Oxford first came to America in January, a time that sometimes seems as long ago as the truck's original expedition across Asia in 1955-56. After some events in Virginia, it went to the Maine Winter Romp, in what was planned to be the first of many rallies it would participate in during 2020. But once 2020 became a quarantined morass in March, Oxford was stuck with nowhere to go. Major engine issues required large-scale mechanical repairs in New Jersey over several months, which were conveniently timed during the deepest depths of spring's isolation. Finally, by summer Oxford was back on the road with a modified schedule. Most of the originally-planned rallies ended up cancelled, but Oxford still managed to show up at a number of events through the year, both planned and impromptu.

In July, Oxford began a westward journey, hopping between club events mostly via trailer. It visited Gettysburg; attended the oldest Land Rover event in North America, the Minnesota Land Rovers annual summer picnic; visited Yellowstone National Park with Montana Rovers; and bounced around several meet and greets in the Pacific Northwest. After some refresh work at Pangolin 4x4 in Springfield, Oregon, it was time for the big event: a drive back east to Virginia during the month of September, completely under its own power. 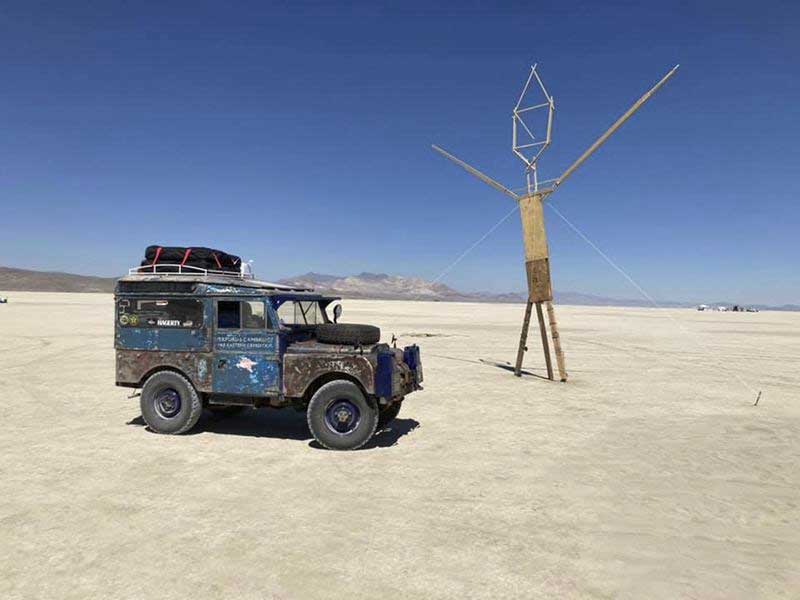 The drive was undertaken by veteran ROAV members David Short and Mike McCaig, who dipped Oxford's tires in the Pacific on September 1st and headed east. The overall goal of the trip was to take the Trans-America Trail, a backcountry route that spans the country, originally designed for adventure motorcycles. They headed through the Black Rock and Mojave Deserts, drove part of historic Route 66, and swung by Moab to take Oxford through some of the iconic red rock trails there. 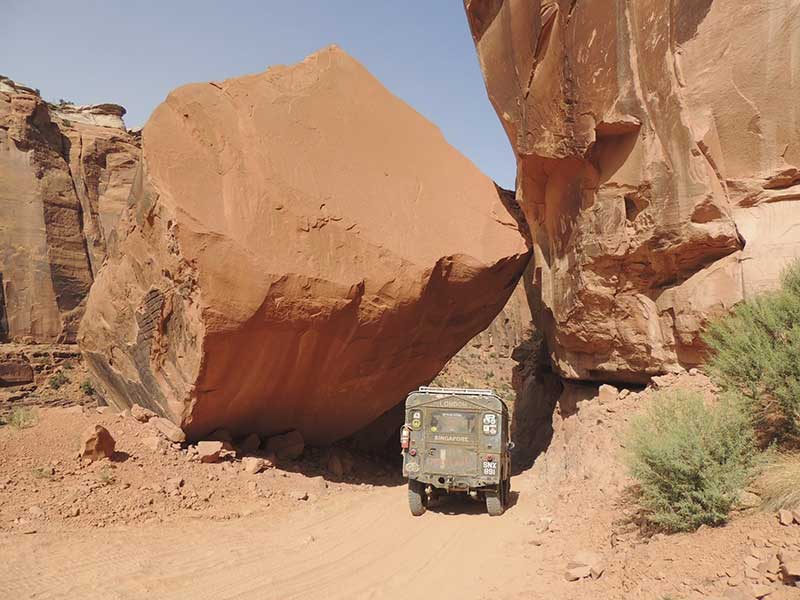 Oxford headed from Moab to Colorado with a contingent of ROAV members who had made the trek across the country, driving some of the trails around Ouray. There, Oxford hit almost 13,000 feet in elevation...while not the highest the truck has ever been (that was somewhere in the Himalayas), pretty close! 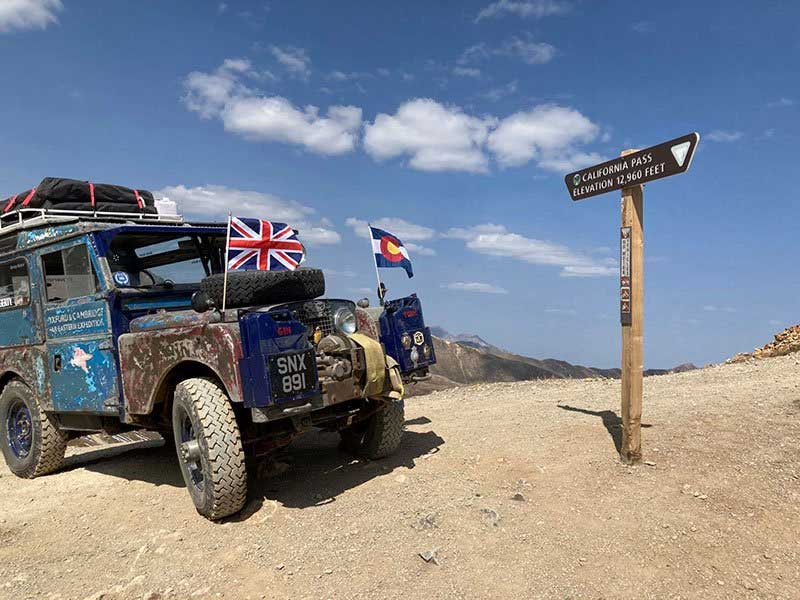 In Oklahoma, Oxford was joined by another Series I, a stunning and rare 107" station wagon named Mickey, piloted by Steve Hoare and Mark Van Lenten. They were part of the "Finding Oxford Expedition," which planned to guide Oxford the rest of the way east. They began taking some of the most desolate parts of the Trans-America Trail, a collection of extremely remote dirt roads across Oklahoma and Arkansas. 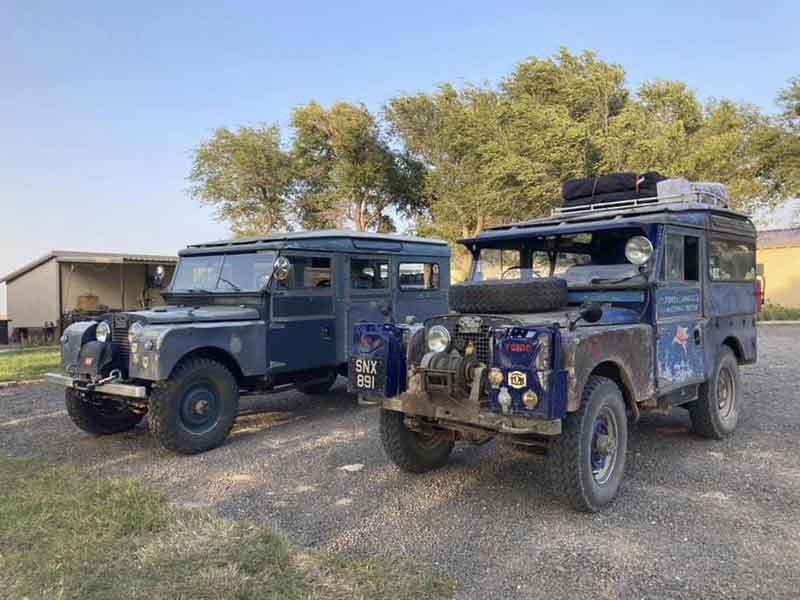 In Tennessee, they stopped at Graceland and Shiloh Battlefield, met up with the T.R.E.C. club, visited the Land Rover Experience facility at The Biltmore in Asheville, NC, and finally ended up at ROAV's Mid-Atlantic Rally at the beginning of October. 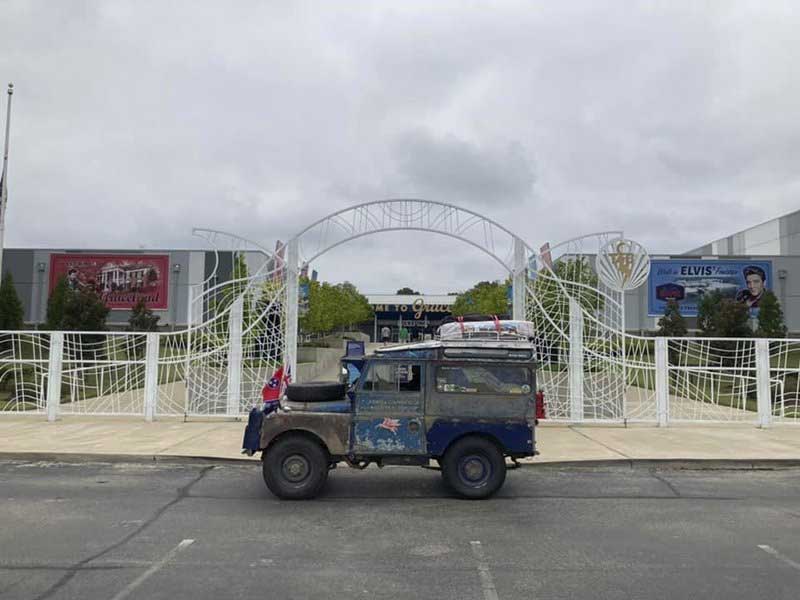 As epic as that trip was, though, it wasn't quite Sea to Shining Sea. After all...it had begun in the Pacific in Oregon, and the MAR is held a few hundred miles from the Atlantic. Knowing this going in, the organizers planned to accomplish the last mile a month later, on the 4x4 beach at Cape Hatteras. 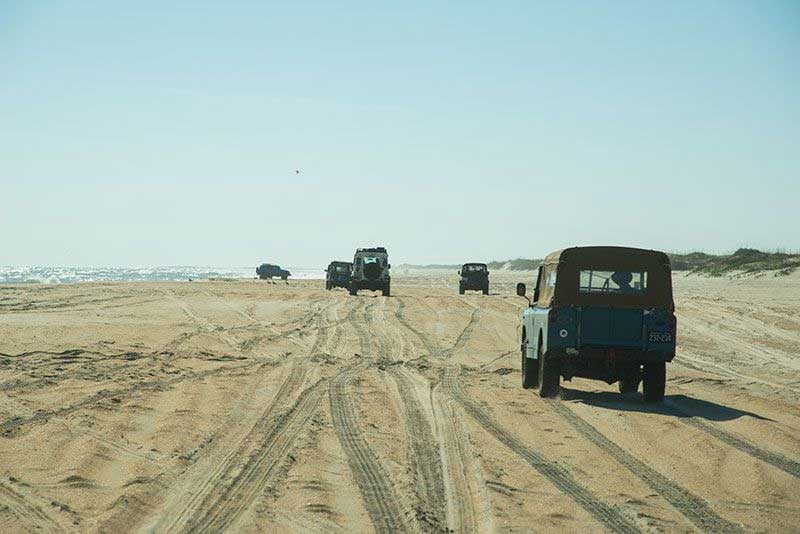 On Saturday morning, about twenty Land Rovers gathered at the Oregon Inlet Marina in Nags Head, staging for the final Oxford convoy. We headed south down the new Basnight Bridge to Hatteras Island, aired down, and began heading down the shore, the Atlantic lapping at our left side. It was a picture-perfect November's day, t-shirt warm and sunny, with perfect light for photos.

You can't drive all the way down Hatteras Island on the beach -- sometimes it's too narrow, or there are nesting birds or turtles blocking the way. But we did well over half of the drive on sand, before getting off for a brief lunch stop at the Cape Hatteras Lighthouse, the tallest lighthouse in America. Then it was off to Cape Point, the very eastern bit of the Outer Banks, for Oxford to dip its toes in the other shining sea. (Don't worry, it was getting a deep clean for export days later!) 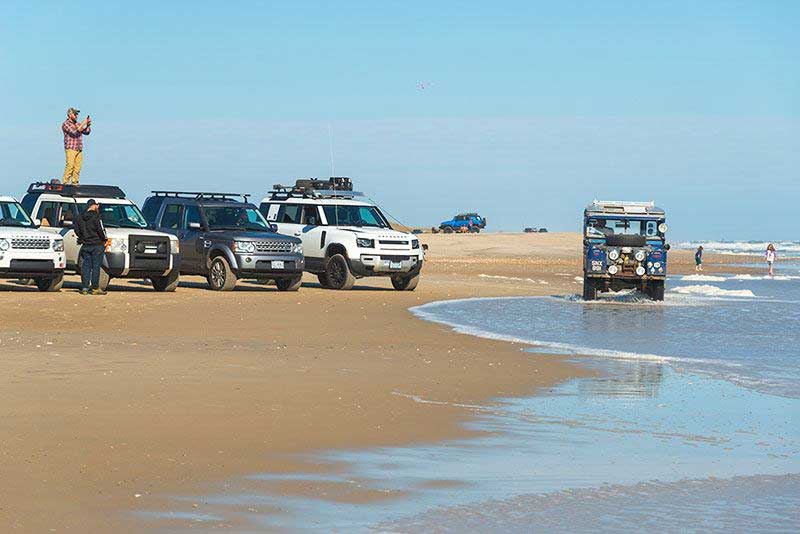 The rest of the day was a relaxing day on the beach, taking in one of the last nice days of the year. We popped some sparkling wine for a toast and raised a glass to a truck that inspired thousands, an epic American adventure waged against the ashes of a hellish year, and the drivers who had piloted Oxford on it against much mechanical adversity. The sun set over the ocean (really, it's one of the few places it sets over the Atlantic), just as it set over Oxford in America.

Oxford is now one of the few Land Rovers to transit so many longitudes of the world by road, having driven from London to Singapore twice, and Oregon to North Carolina once. Its next adventure takes it to the Eastern Hemisphere once again. In a few days, Oxford is getting loaded in a container and shipped off to New Zealand, where new adventures await and there are new friends to make. From there, it's unknown as to what's next at this point. But wherever it goes, the truck will inspire people, no longer just by its achievements in the 1950s, but now also by those in the 21st century.