The Defender is adding another engine to the mix for the 2022 model year: the legendary 5.0-liter supercharged V8 from the Range Rover lineup. The 518-horsepower monster will be the new range-topper powerplant in the Defender.

It’s the fastest Defender ever made – and if it wasn’t already obvious, that includes the original. The Defender 90 V8 is capable of making it from 0-60 in 4.9 seconds, with a top speed of 149 miles per hour. That’s about as quick as an early 2000s BMW M5 or AMG Mercedes-Benz…in a 4x4. The Defender Works V8, which stuffs the naturally-aspirated version of this motor in an original Defender, can pull the 0-60 in 5.6 seconds.

The Defender V8 brings along a few improvements, some of which will be available across the Defender line for 2022. (Interestingly, the 2022 model year goes on sale in the summer of 2021, suggesting that the 2021 model year might be the second unusual-length model year in the new Defender’s two-year history.) 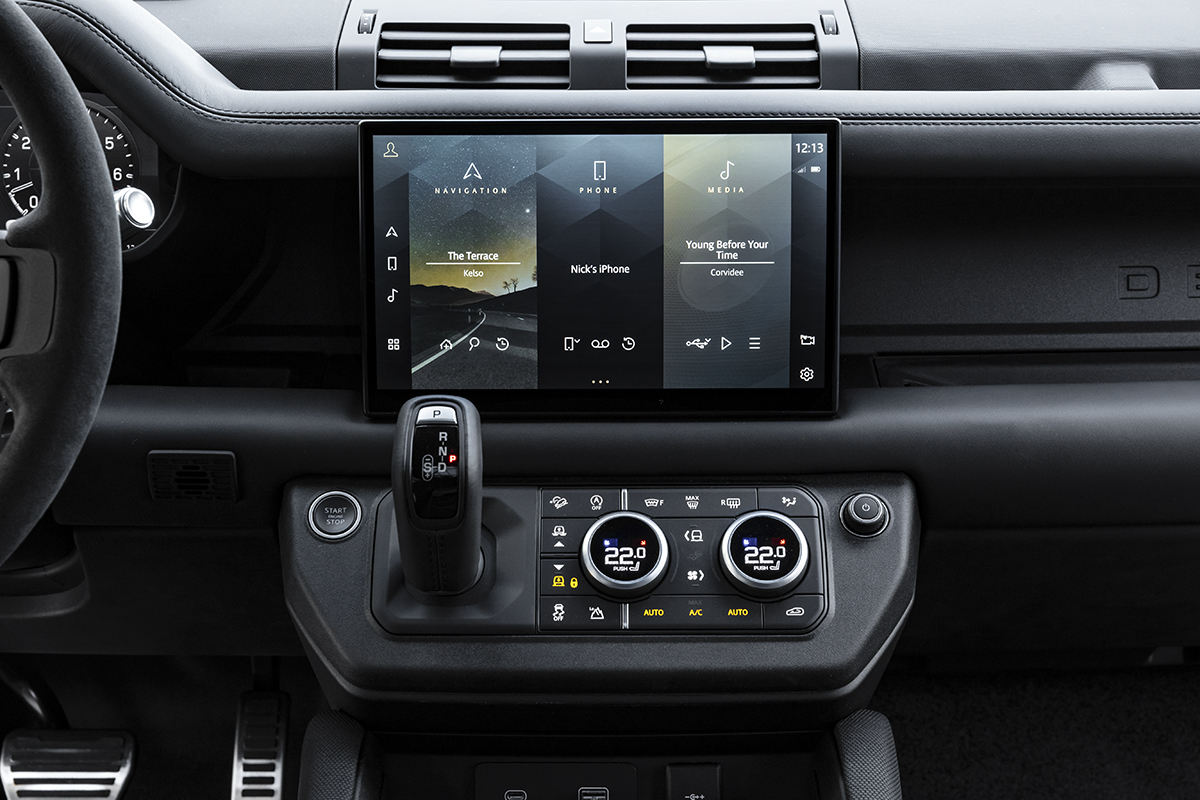 The biggest change is the new 11.4-inch Pivi Pro touchscreen, standard on the V8 and optional on lower trims. This screen is slightly curved, and bridges the front of the Series-inspired dashboard, as opposed to the original smaller screen which nestles within it (and hearkens back nicely to a central instrument panel in a Series I or Series II). The new panel is similar to the one in the updated Discovery 5.

The launch featured some extra special guests for die-hard Land Rover fans. A large number of the press photos were taken with the new Defender V8 alongside prior examples of V8 Defenders and their brethren. 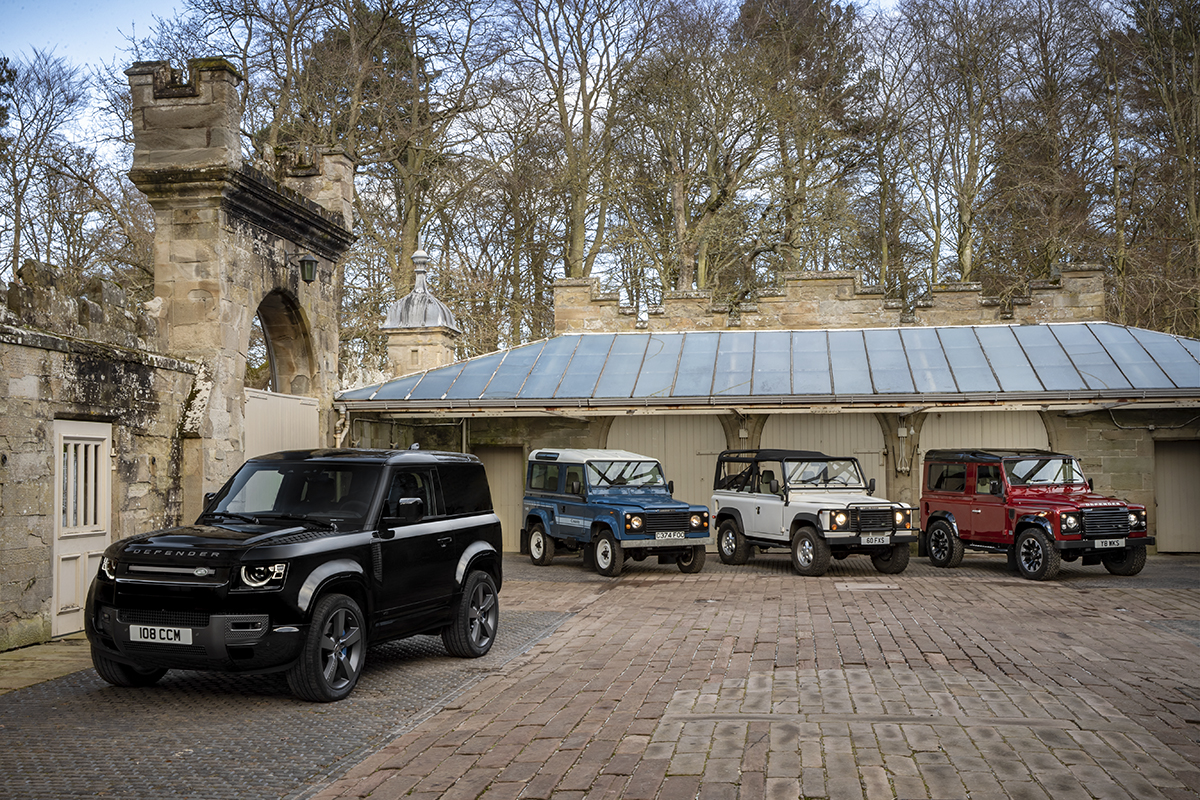 First was a 1977 Stage 1 V8, the first factory civilian use of the 3.5-liter Rover V8 in a Land Rover product other than a Range Rover. These vehicles were a transition between the Series III and Defender, and featured a Series III interior and bodywork with a flush metal mesh grille to accommodate the larger motor. A 1983 One Ten V8 in period brown-and-cream with stripey decal package and 1986 Ninety County represented the use of the 3.5 in early coil-sprung traditional Land Rovers. A 1997 North American Specification Defender 90 soft top (one of a small number brought back to the UK, badge number 1608) represented perhaps the most famous of the original V8 Land Rovers. Finally, a 2018 Defender 90 Works, the resto modded 70th anniversary example with the 5.0-liter AJ-V8, brought the line to its transition point. 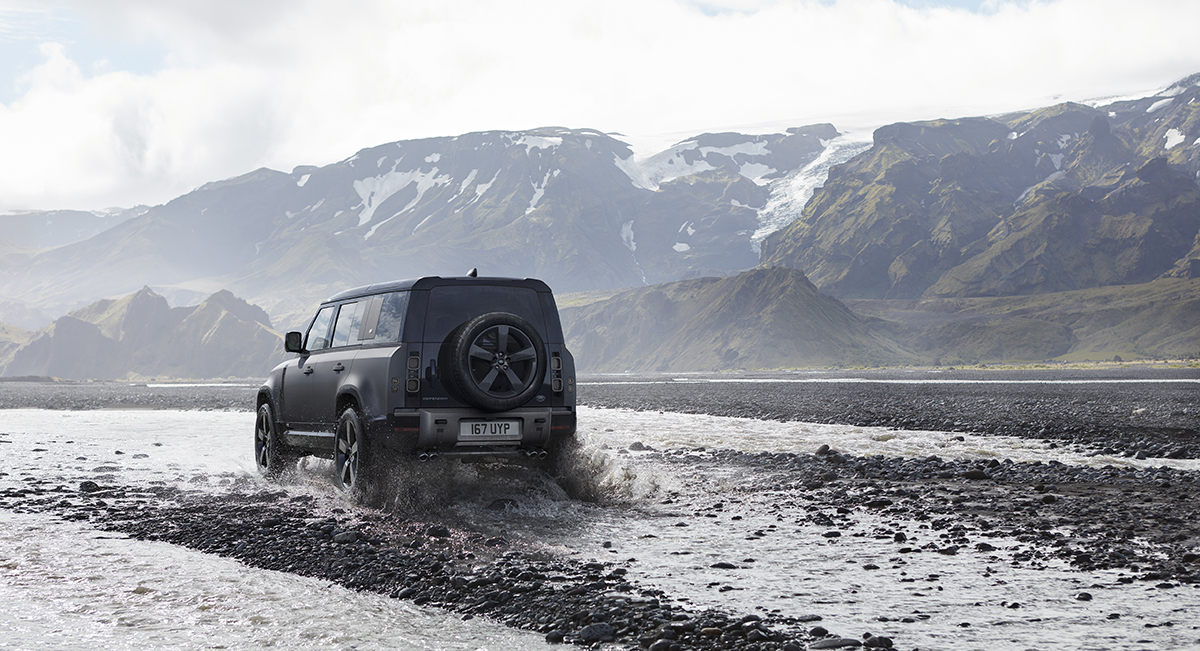 The Defender V8 will come in a special edition, which brings the already-steep price tag even higher. The Carpathian Edition is the true range-topper, with only one color option: Carpathian Grey. With Narvik Black roof, hood, and tailgate, the Carpathian has a true two-tone palette. A new XS Edition also replaces the First Edition that was available in the 2020 and 2021 model years, slotting under the Defender 110 X in the Ingenium inline-6 model range. (Yes, the XS comes under the X, and the range is topped by the “V8 Carpathian Edition.” Land Rover has never been known for a logical or short-winded model naming scheme, so why start now?)

Orders are open now for Defender V8s, with deliveries in the summer. It’s not cheap, but the merger of an iconic Land Rover powertrain and modern iconic model is something worth spending on.

Defender Above and Beyond Awards Give Trucks to Non-Profits