Land Rover announced the winners of the American leg of the Land Rover Trophy, an event held exclusively for buyers of the limited 2022 Defender 110 Trophy Edition. The winners, Jonathan Steppe and Max Thomason of Charlotte, North Carolina, will go to Eastnor Castle in 2022 to participate in a global competition.

Roverlog was able to catch up with Max, whose Land Rover adventures have featured here before, to get a firsthand report from the Trophy competition.

Jon and Max competed as “Team Cody,” in honor of Jon’s son Cody who is currently undergoing treatment for Hodgkin’s Lymphoma. Jon purchased a Defender 110 Trophy Edition several months ago and asked Max, his neighbor and a die-hard Land Rover enthusiast, to join him as his teammate.

Over 80 teams were divided into six waves of competitors, who participated in a one-day event on consecutive days at the Land Rover Experience at The Biltmore in North Carolina in mid-October. The teams were scored by a points system that evaluated the time and success by which they performed various tasks. Team Cody went home with the first-place trophy for their wave and then found out a few days later they had won the entire event after all the waves were ranked.

At The Biltmore, Defender Trophy Edition owners left their personal vehicles in the parking lot and stepped into identical trucks, all equipped with fully remote-controlled Warn winches.

The competition was a series of fourteen challenges set up across the Biltmore property. The more challenges you attempted, the more points you got. The significant off-roading connected the stages. The challenges utilized the Defenders in different ways. Some were driving challenges, like a RTV (road-taxed vehicle) course. Some involved the truck as part of the challenge, like a Hi-Lift winching challenge or a tire changing challenge. Others were outdoorsmanship challenges, with elements of activities like orienteering.

You had to make an educated guess how to attempt every task and then instantly commit to your decision and be all-in on your execution. The goal was to finish quickly and move on to the next task. According to Max, “it was a mental, strategic, physical, and driving competition.”

Jon and Max will head to Eastnor Castle in early 2022 for the final event. Here, they will compete in an original Defender 110 Works V8 Trophy, a rebuilt end-of-run truck with a 5.0-liter supercharged V8 from the Range Rover line. Land Rover built 25 of these trucks for sale to global (i.e., not North American) markets that can legally import them, selling them for north of $250,000. The owners of those restomodded Defenders will see their new trucks for the first time at that event. Jon and Max will be in a 26th Defender, competing against the others in a special American qualifying berth. More information on this event will be announced in the coming weeks.

For now, Jon and Max are reveling in their glory and preparing for their trip to England next year to drive one of the most powerful Defenders ever built at Land Rover’s spiritual home and long-time testing and proving ground. 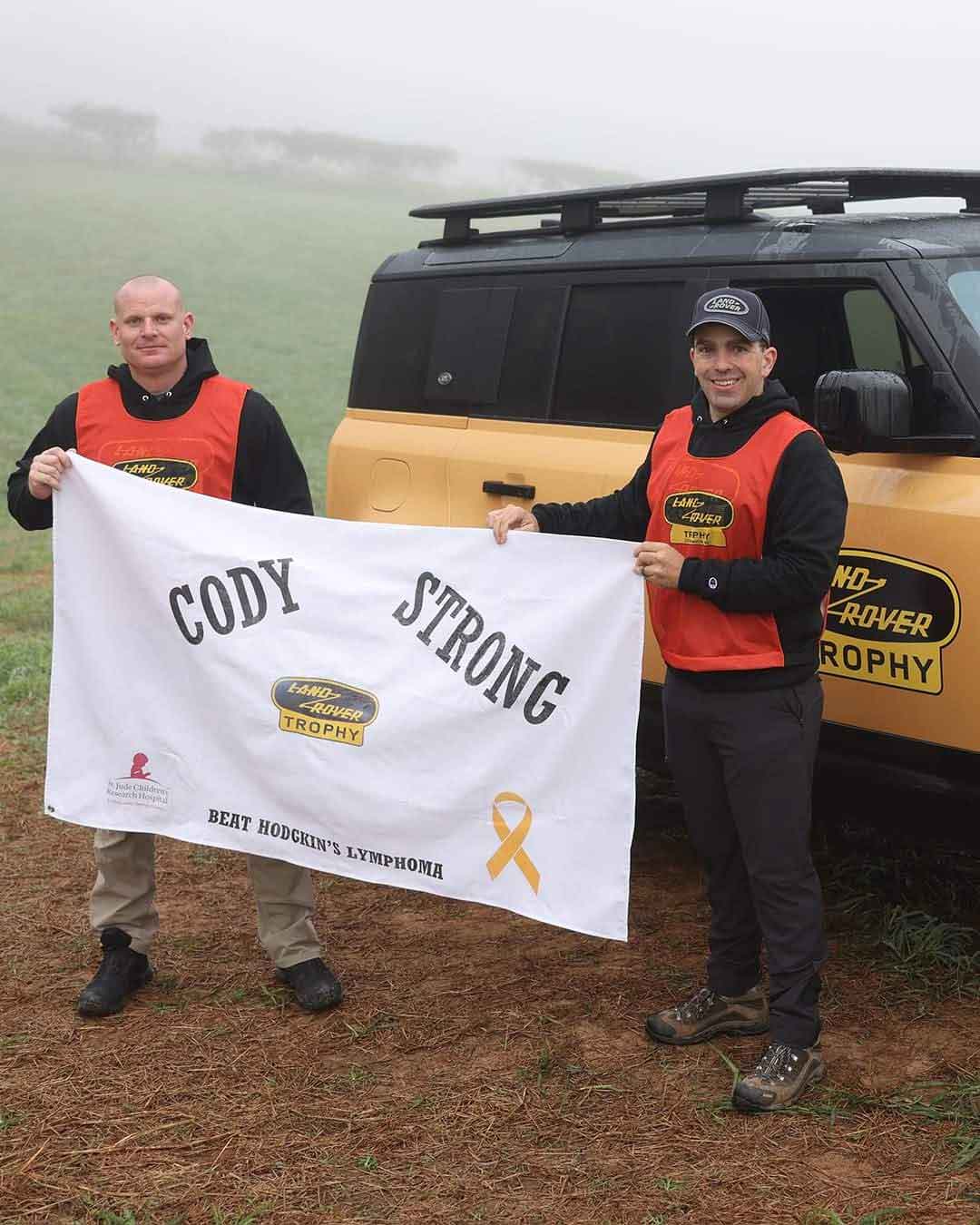 Wheeler Dealers Takes a Spin with a Series One