Many Land Rover enthusiasts have taken their truck to the beach, driving it on the sand in one of the many places where that’s allowed. The vast majority of them take them home at the end of the day. In January 1990, Ronnie Hanney was not one of them, as his 1968 Series IIA was swallowed up by a swift-approaching Cornwall tide.

Hanney drove the 88” onto the beach in January 1990, with the truck still decorated for Christmas. He’d painted “Merry Christmas Cornwall” on the sides and “Merry Xmas” on the dash vents. He drove down to the seaside with his daughters, when the Landy got stuck in the soft sand. The family tried in vain to get the truck out, but the tide comes in quickly around there, and the IIA was soon swallowed up, flipped over by the sea, and churned under the beach by the tides. By the next day, only the chassis and wheels stuck out of the beach. 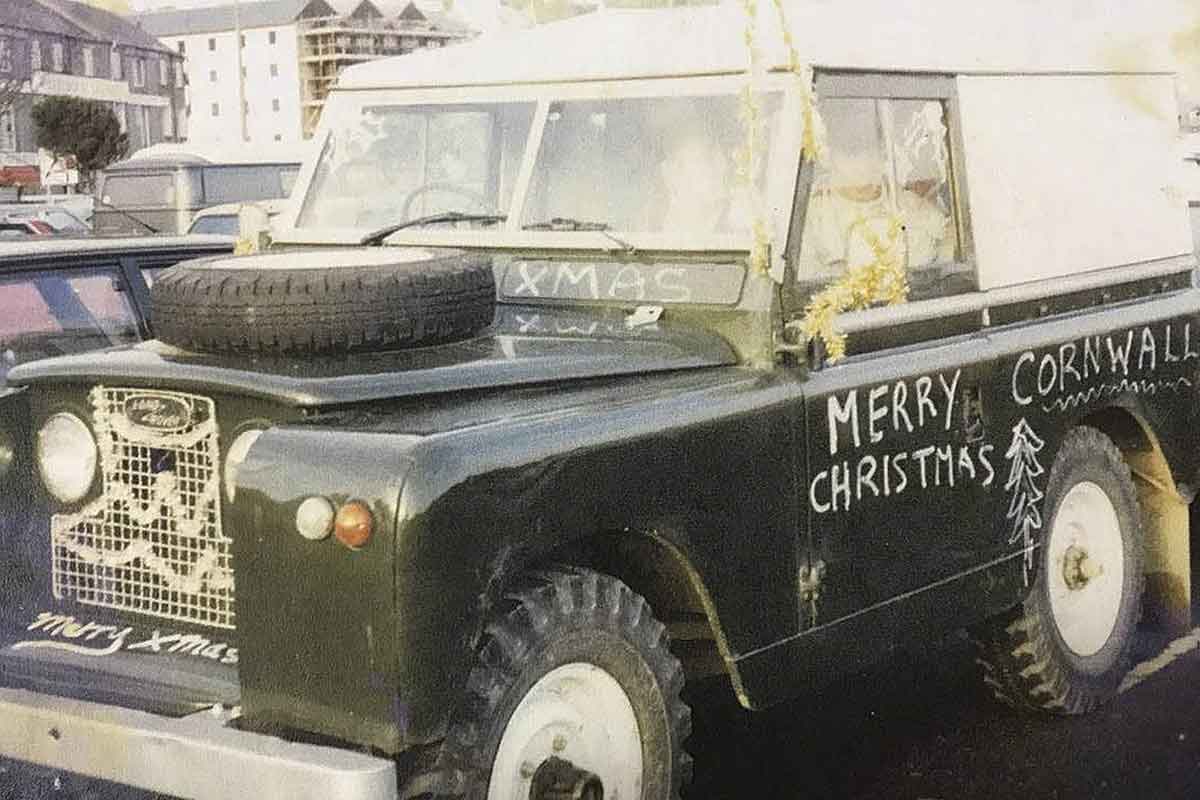 For the past 31 years, the Land Rover has lied in the sands of Hayle Town, a small village on St. Ives Bay. Ronnie Hanney would never get his truck back, and he died in 2015. But his truck continues to reappear from beneath the sands every now and then, when a low tide strikes the bay just right. 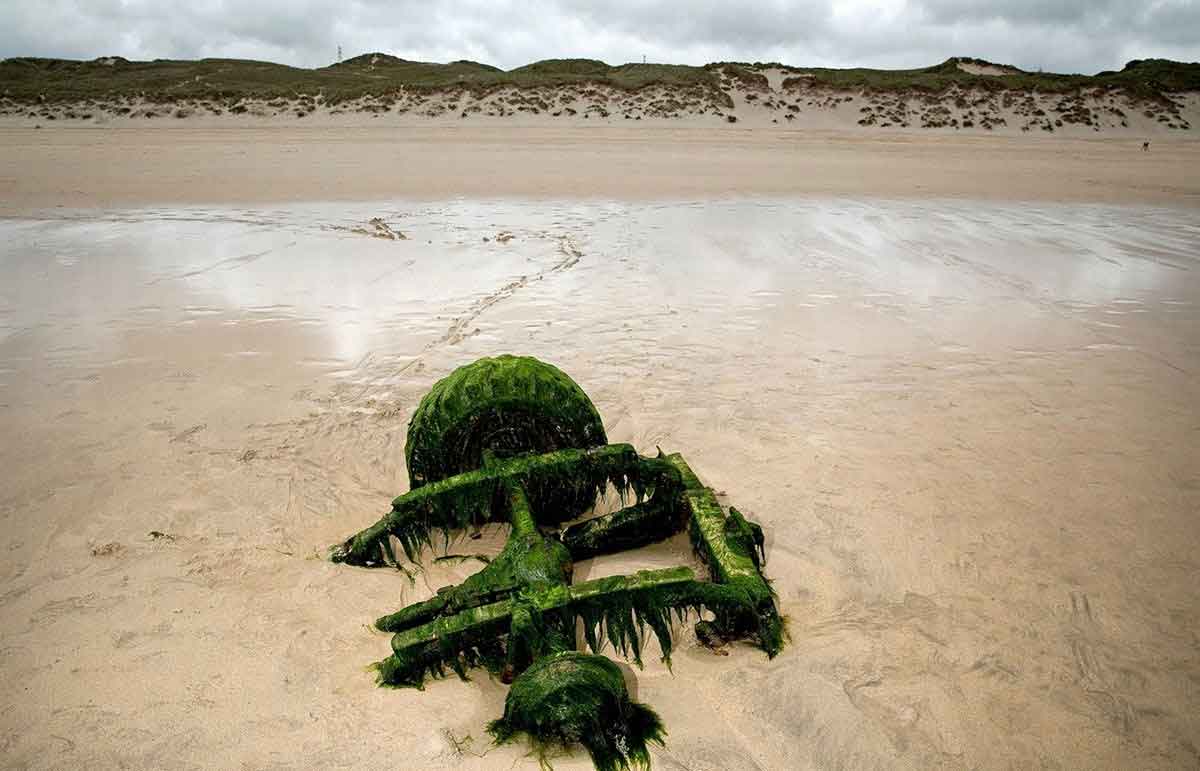 The Land Rover last emerged from the beach in 2017, now home to barnacles and mussels. Oddly, even after 31 years under heavy sand and damaging salt water, the frame is more or less intact, and one of the tires still holds air. The opposite wheel was ripped off the studs long ago, and the leaf springs are starting to separate and disintegrate.

Nobody knows what’s left of the IIA below the beach – nothing below the chassis has ever been revealed. But it’ll likely continue to reveal and conceal itself over the years to come, slowly becoming one again with the land it came from.