Virgin Galactic sent its first fully-crewed commercial space flight into the air on Sunday July 11th, with Virgin Group founder Richard Branson on board. Land Rovers were a big part of the day, with a Defender 110 hauling VSS Unity back from its landing.

The astronauts were driven to the spacecraft in the Range Rover Astronaut Edition, which is exclusively available to those who have signed up for Virgin Galactic’s space tourism program. The Rangies are equipped with all sorts of special cues to the space experience, including Zero Gravity Blue paint exclusive to the special edition, puddle lamps with an image of SpaceShipTwo, and images of the Virgin Galactic “DNA of Flight” imagery throughout the vehicle, which shows significant aircraft from Icarus to the Wright Flyer to the Boeing 747 that started Branson’s travel empire with the groundbreaking Virgin Atlantic in 1984. The discs inside the cupholders are made of the landing skid of the first successful flight in December 2018. But the four who flew on this flight will get a special modification to their vehicles: these discs will be replaced with those from their own space flight. 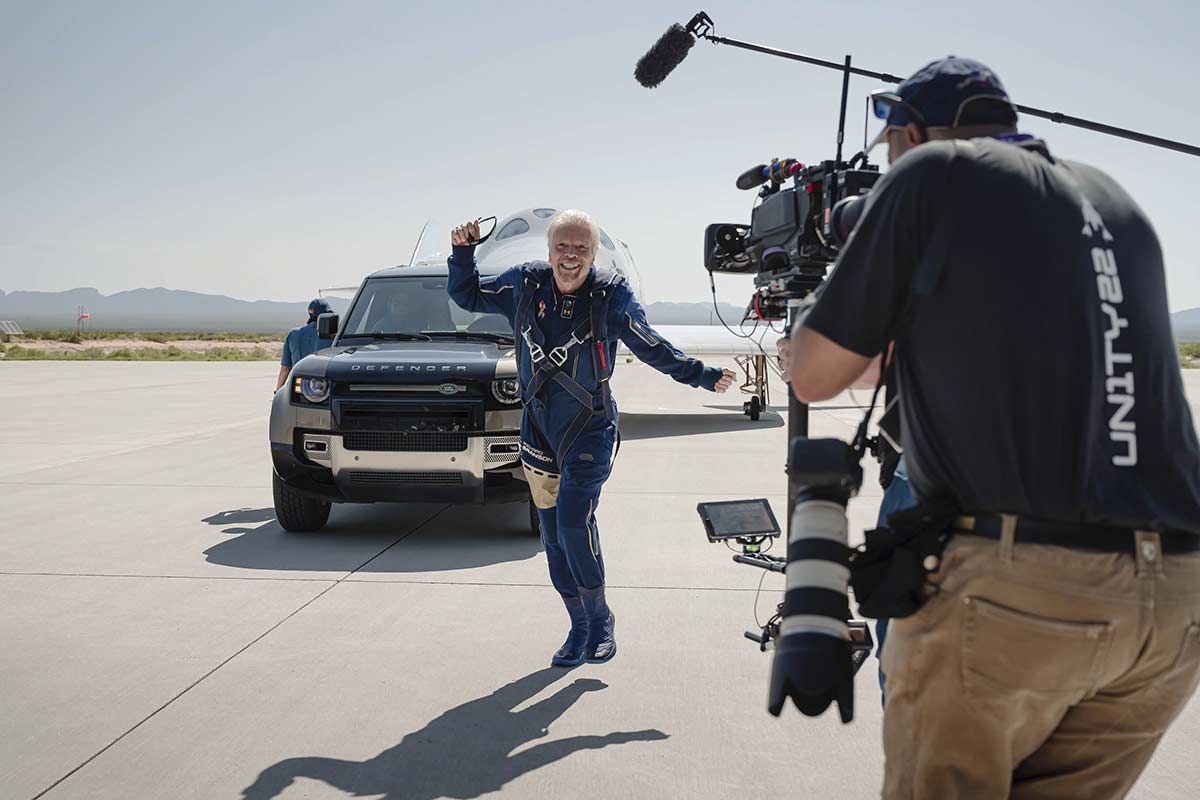 After VSS Unity’s successful flight, the plane was towed back to the hangar by a Defender 110 X, painted in Gondwana Stone – named after the prehistoric continent, and for the more lyrical Land Rover nerds among us, tying prehistory to the future of man in space. The Defender is prominently featured in the images of the Astronauts celebrating their return to earth. A Discovery 5 was on the wing with support crew who assisted with the spacecraft's preparation for deplaning, and five Range Rover Astronaut Editions shuttled the participants to their press conference.

Land Rovers will remain a major part of life at Virgin's Spaceport America in New Mexico and the Mojave Spaceport in California, as the beginning of Virgin's active commercial spaceflight program in 2022 should help this long-time collaboration of British brands grow from strength to strength.

Watch the Land Rovers service the just-landed VSS Unity in the livestream here.