The Above and Beyond Service Awards Defenders have been handed over to their new owners the past few days, and in Kentucky, the Wolfe County Search and Rescue team took possession of theirs from none other than the Governor of Kentucky, Andy Beshear.

Wolfe County SAR won the Search and Rescue category in the Awards, with their impassioned video showing the need for a truck like a Defender in the rugged, wild climbing haven of the Red River Gorge. After a training session at The Biltmore in North Carolina over the winter, the truck was shipped up to Land Rover Louisville for the handover ceremony.

The truck will now be patrolling the back trails of Kentucky, saving hikers and climbers who have gotten themselves injured. Like all seven winners, the truck will be a real game changer for Wolfe County SAR, allowing them to broaden the scope of their community service. 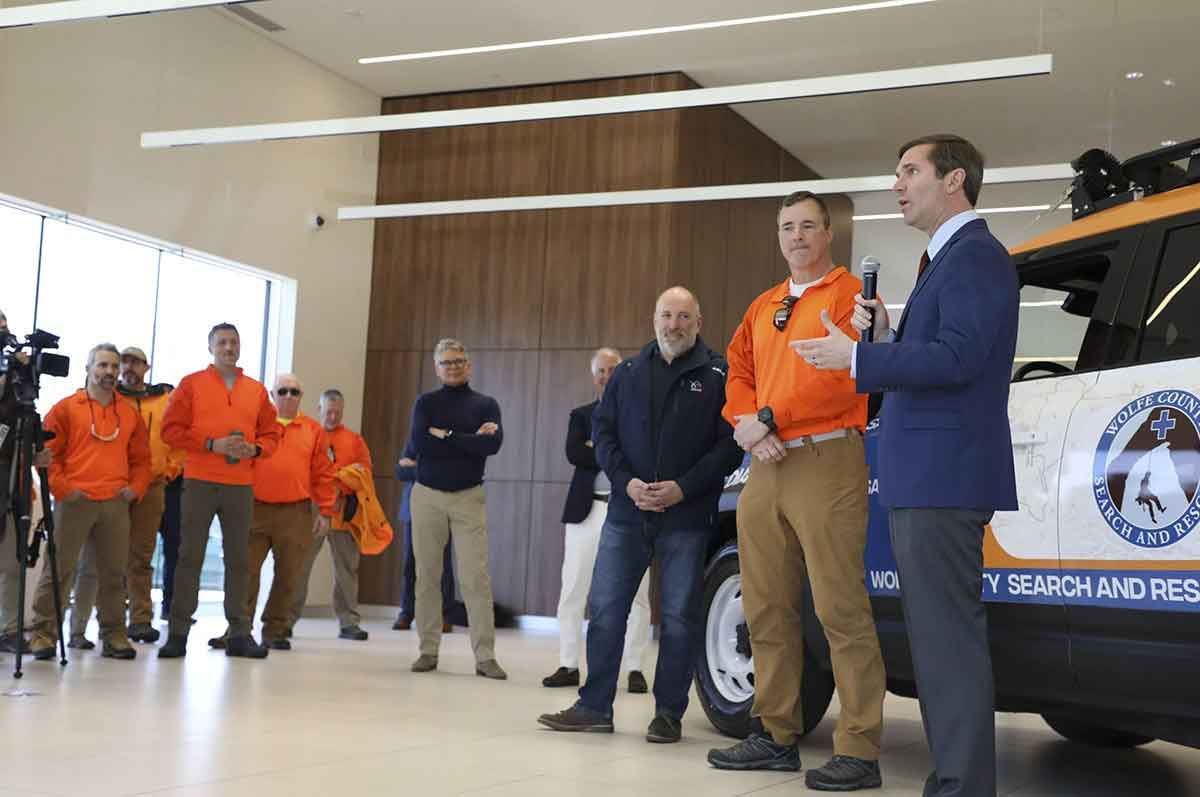 Governor Beshear joined several other locals, Wolfe County SAR members, and dealership employees during the handover. Before the truck went on to its duties, everyone took a turn signing the hard spare tire cover.

All of the Defenders have now been handed over to their new owners, ready to go into service helping people. The Above and Beyond contest did its job, getting Defenders into working roles across the country. 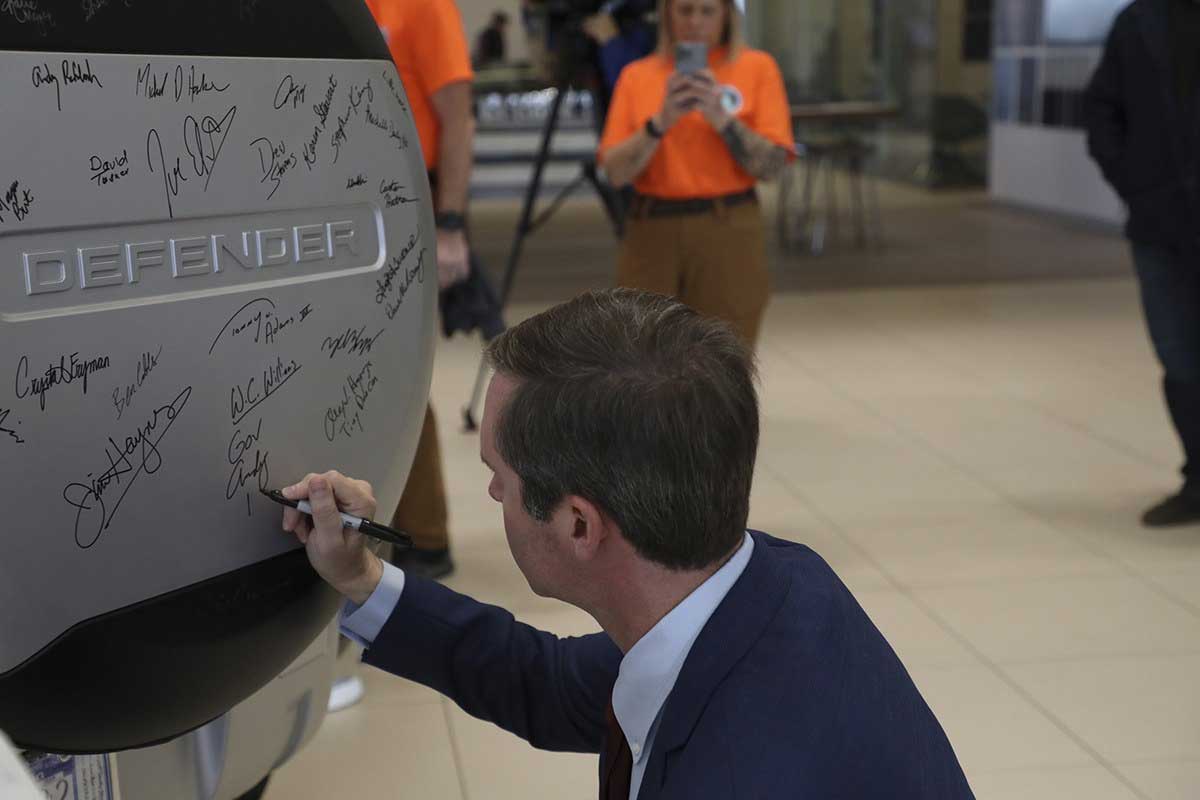 Check in next issue for Roverlog’s exclusive report on the handover of Montgomery EMS’ Above and Beyond Service Awards Defender at Land Rover Princeton in New Jersey!