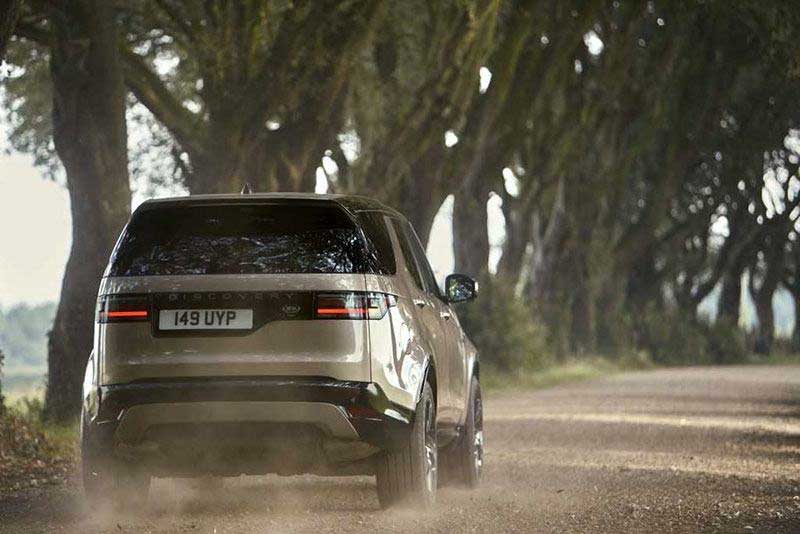 The Discovery 5 is getting a mid-cycle facelift, after four model years in the marketplace. With some styling tweaks, new technology, and new powertrains, the changes will take the D5 into the second half of its sales run with some of the same updates experienced by other Land Rover models.

This includes two really big things: the Ingenium powertrain options, including mild-hybrid options, and the Pivi Pro infotainment setup first seen in the Defender. There are also several styling changes.

The swap to the Ingenium motors parallels other Land Rover vehicles in 2021, with the supercharged AJ-V6 motor phased out completely at this point. There are now two engine options: the Ingenium 4-cylinder 2.0-liter, and the Ingenium 6-cylinder 3-liter mild hybrid. These are the same options as the Disco's platform-mate Defender, and both have gained good reviews for their power and speed in that truck.

There are styling tweaks to the exterior, though for anyone hoping that Land Rover would do away with the quirky offset license plate, it's here to stay, at least until the next brand-new Discovery 6 comes around. The plate is also incorporated into a new gloss-black panel, which connects the taillights and now contains the DISCOVERY lettering, moved down from the metalwork above. New LED taillights now incorporate a sweeping turn signal aesthetic, similar to an Audi, repeated on the front lights where the daytime running lights have been slightly redesigned for an updated "face." New front and rear bumpers round out the styling changes. 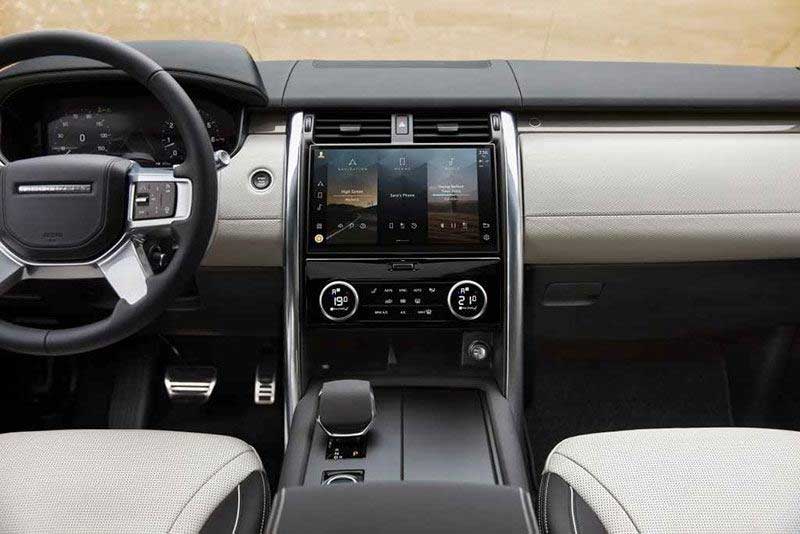 Inside, the dashboard sees some big changes. A large version of the Pivi Pro infotainment system first seen on the Defender takes up a larger chunk of the center stack. (Pivi Pro is incorporated on all 2021 Land Rovers, except the soon-to-be-replaced Range Rover and Range Rover Sport.) The massive 11.4-inch touchscreen is a big upgrade from the prior system. A new four-spoke steering wheel reminiscent of the Defender includes the touchpad controls from that truck. Also gone: the dial shifter, which has been on many Land Rovers for the last decade or so; instead, there's a somewhat-more-traditional stick-up gear selector that operates similarly to those in the Defender and Range Rover Sport, as well as many other luxury cars.

There are some tweaks to the drivetrain, including a special torque-vectoring system in the 3.0-liter mild-hybrid models to optimize torque split at all times between front and rear axles. You also get the ClearSight Ground View technology, which uses cameras to create a live, 3D image of the ground below the front and back of the truck.

Overall, the changes to the Discovery put it in a strong market position to finish out its model run -- past trends suggest it's still a few years until we see a Discovery 6 of any sort. As the Land Rover community warms up to the D5 and its unique styling, the changes only add to the appeal.