The new Defender has added another major award to its curio cabinet, taking the 2021 World Car Design Award.

The World Car Awards are selected by a jury of 82 automotive journalists from 24 countries. They need to be sold in at least five countries (the Defender is sold in far more than that, being one of the few truly global 4x4s), or two continents, prior to January 1 of the award year. The award is usually announced at the New York International Auto Show, but for obvious reasons, this year it was not.

Besides Design of the Year, awards are issued for green cars, performance cars, luxury cars, urban cars, and an overall World Car of the Year award. The more general awards don’t discriminate on price, and the World Car of the Year has been won by everything from the ultra-cheap Mazda 2 to the Mercedes C-Class and Jaguar I-Pace. While JLR tends to win a lot of the Design awards, Mazda, Fiat, Citroen, Aston Martin, and Audi also have taken prizes.

While the design of the new Defender is polarizing to die-hard Land Rover enthusiasts (though a number of former haters have warmed up to it since its launch, even if some won’t admit it too loudly), it was massively thought through by then-design director Gerry McGovern (now JLR’s Chief Creative Officer), along with a team including former creative head, now Land Rover design Massimo Frascella.

The award celebrates thought-through design, and the new Defender has that in spades, with its modern but touching tributes to its ancestors. The bulging waistline that’s been a feature of utility Land Rovers since 1958…the dashboard that’s a modern spitting image of a metal dash Series truck…exposed hardware throughout the interior…the short overhangs for off-roading…the flat rear with side hinged tailgate and spare tire…the ribbed roof with alpine windows…all of it leads to one of the most designed “utility” vehicles ever made. 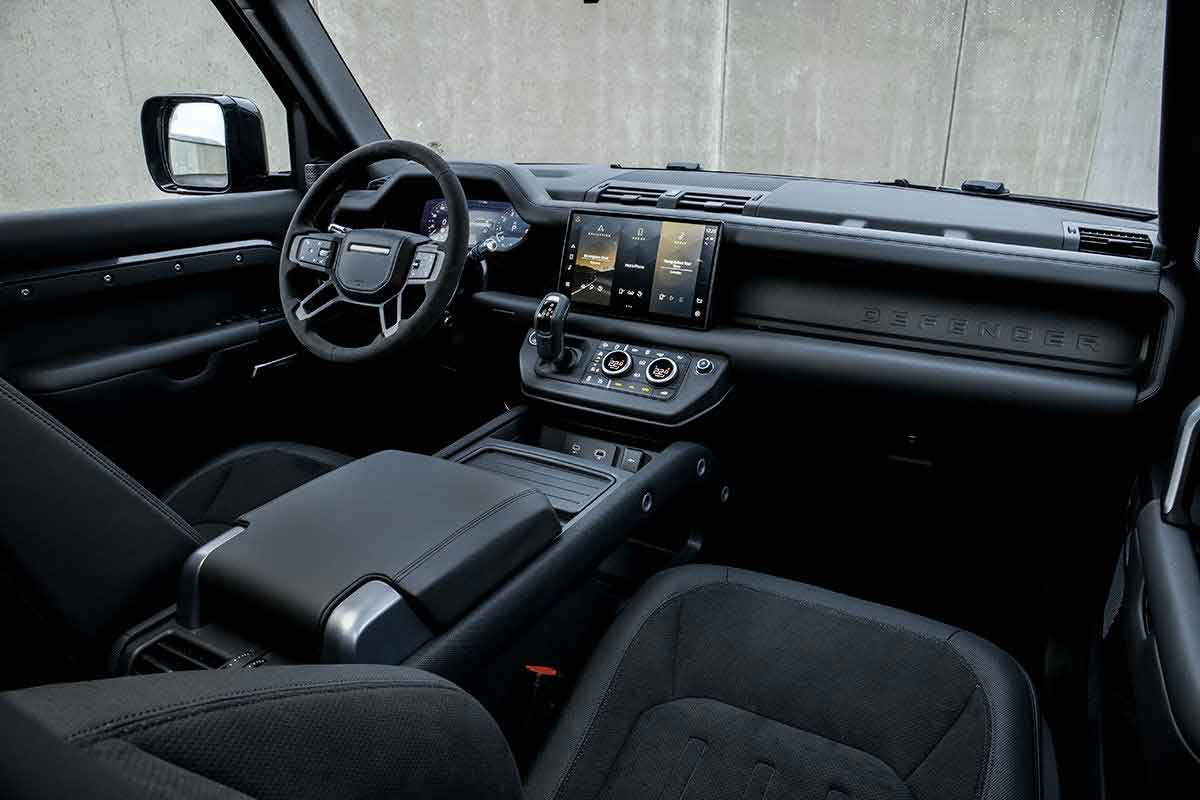 Defender has racked up over 50 global major accolades now, including Top Gear’s 2020 Car of the Year, MotorTrend’s 2021 SUV of the Year and Autocar’s Best SUV 2020. With strong sales amongst a year of challenges, it seems so far that the Defender is becoming a legend in its own right.