Yellow is back in fashion at Land Rover, as a run of 220 “Trophy Edition” Defender 110s is heading to the market. Buyers get a truck that bears a resemblance to a certain iconic 80s and 90s adventure competition, as well as an invite to the Land Rover Trophy competition at The Biltmore in North Carolina – and a chance for an international finals spot in England in February 2022.

The trucks are a new Defender interpretation of the Defender 110 Works V8, a recrafting of the original D110 announced a few months ago. Indeed, it seems that the two vehicles are part of the same competition series, with both competing in an event at Eastnor Castle in England, though this has not been confirmed yet.

The Trophy Edition trucks are wrapped in “Heritage Yellow,” which is a modern interpretation of the Camel Trophy’s iconic Sandglow yellow. They’re based on 2022 Defender 110 P400 X-Dynamic SE trucks, and include factory accessories, from roof racks to integrated air compressors. 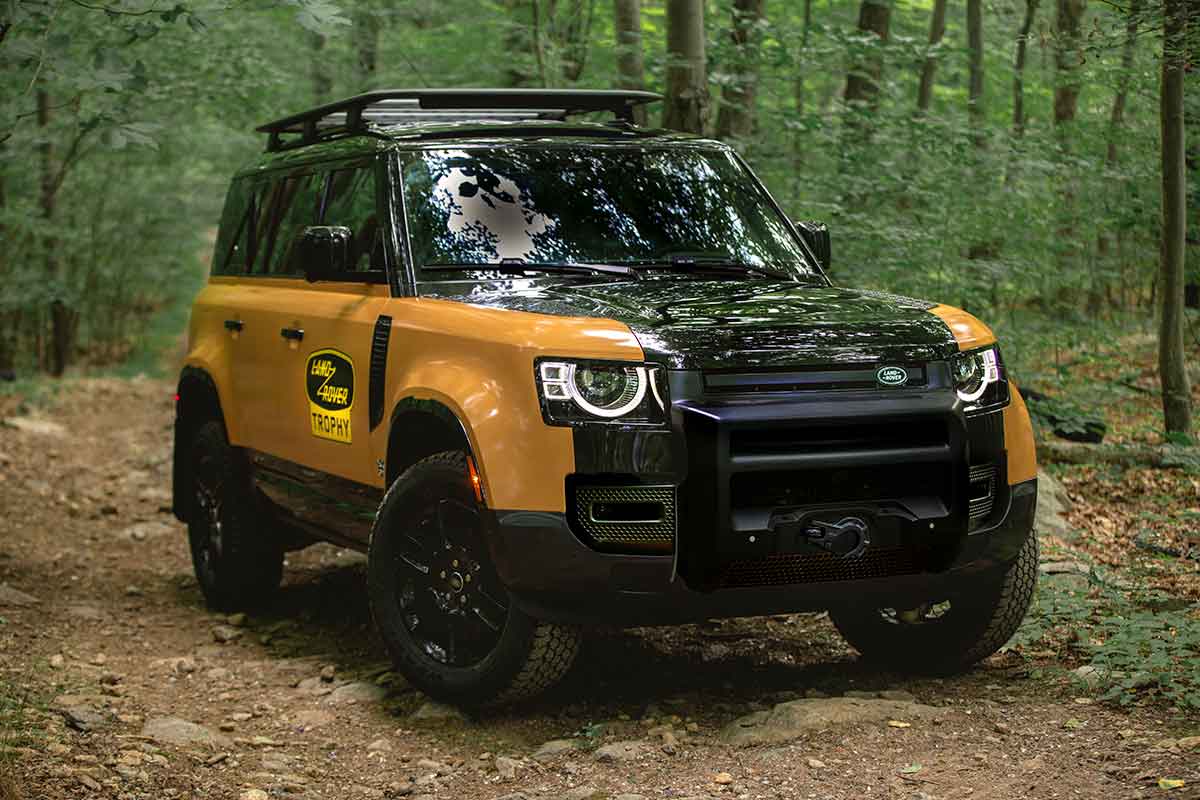 Of the 220 buyers, 90 will have the chance, on a first-come-first-served basis, to participate in a one-day Trophy Competition at The Biltmore, to compete for a finals spot in an English event. The event will challenge physical capability and team-building skills, with on- and off-road challenges.

The Defender Trophy Edition is already landing at select Land Rover dealers, and several of them are already known to have sold. If you want one in your garage, head down to the dealer with $90,000 in hand sooner than later.