The Defender is built by Bowler, the rally firm that Land Rover bought out of bankruptcy in 2019. They’ve integrated them into the Special Vehicles Division and already started to heavily Bowlerize new Defenders for race use.

The Bowler Defender Challenge is the first race series to use these vehicles. Built on the 4-cylinder 300PS gasoline model, the cars are tweaked and prodded into race cars, complete with stripped-out interiors, exhaust and cooling enhancements, modified suspension and subframes, and roll cages. 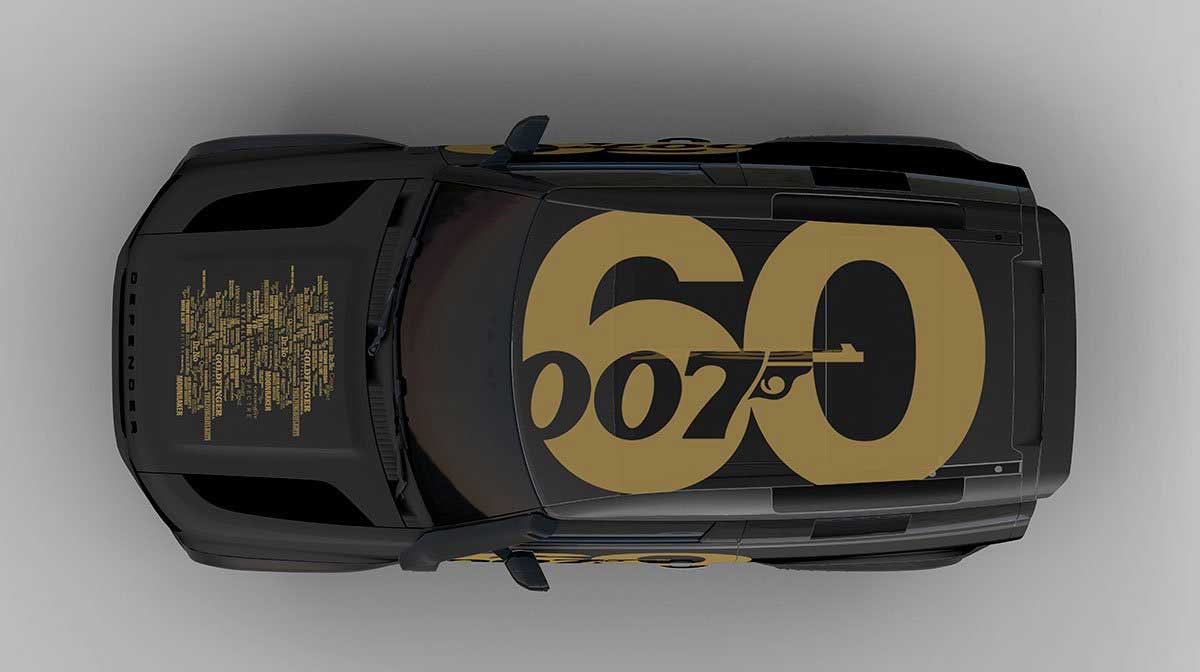 There are 12 competitors in the Challenge, ranging from veteran rally drivers like Higgins to total (but financially comfortable) newbies. There will be seven races across Britain this year in the first iteration of the trophy, the first of which was held at Dollegau, Wales – won by Higgins, alongside co-driver Claire Williams. The Challenge is designed as a feeder for major international rally events, including the iconic Dakar Rally (which is now held in Saudi Arabia).

The Bond edition Challenge Defender is a one-off to celebrate the franchise, and it’s decked in a special, simple satin black-and-gold livery, which reflects the iconic opening scenes and movie posters. There’s also the special Bond 60th logo on the roof and sides.

The hood is where the Bond geeks will really love it though – with the logo for each of the films in gold covering the entire surface. Ten of the twenty-five films produced by Eon Productions have featured a Land Rover, starting with the Range Rover Classic convertible in 1983’s Octopussy. Land Rover’s connection has only strengthened in recent years, with JLR and Aston Martin working together to take up the mantle of Britishness in grand style in the Daniel Craig era.

The Bond Defender will race throughout 2022 in the Bowler Defender Challenge, so keep an eye on the British rallying scene to see it tearing through the moors. If it seems like something out of a Bond movie, it’s probably because the guy driving it drove one on screen!