Prince William and Princess Catherine, the Duke and Duchess of Cambridge, are having a week of old and new Land Rovers, in Britain and the Caribbean. With a new fifth-generation Range Rover in the Royal fleet in Britain and a visit to Jamaica next week that will involve a Series II 109” that The Queen once rode in, they’re taking in every side of Land Rover history.

The Cambridges attended the 1st Battalion Irish Guards' St. Patrick's Day Parade in Aldershot, England on Thursday, a Royal tradition since 1901. They attended in order to present sprigs of shamrock to the members of the Battalion’s members, something first done 121 years ago by Princess Alexandra. The shamrock represents those who have lost their lives in war – at first, remembering the soldiers who died in the Boer War in South Africa at the turn of the last century, and now all war dead.

The Duke of Cambridge is Colonel of the Irish Guards, one of the ceremonial military positions the second-in-line to the throne holds. While William was in full military dress, Kate rocked an on-point emerald green dress and hat and shamrock brooch.

The Cambridges arrived in Aldershot in a brand-new Range Rover, in what may be the latest generation flagship’s first Royal engagement, and one of the earliest public appearances of the new truck overall. Deliveries haven’t started at full capacity yet in the UK, and the press launch hasn’t even happened yet – that’ll be in early April.

Royals are a key piece of Land Rover’s marketing regime, though, so it’s a shrewd marketing move. Land Rover is the one of a small handful of companies to hold all three active Royal Warrants, for products used in service to The Queen, The Prince of Wales, and the late Duke of Edinburgh. The Royal fleet is usually kept stocked with the latest high-end models, which are often sold at auction for charity afterwards. So the Cambridges arriving at the parade in the new Rangie – its distinctive taillights and boat-tail rear end on display as the large rear doors were swung open for them to exit – is just the image Land Rover wants to launch the new flagship. 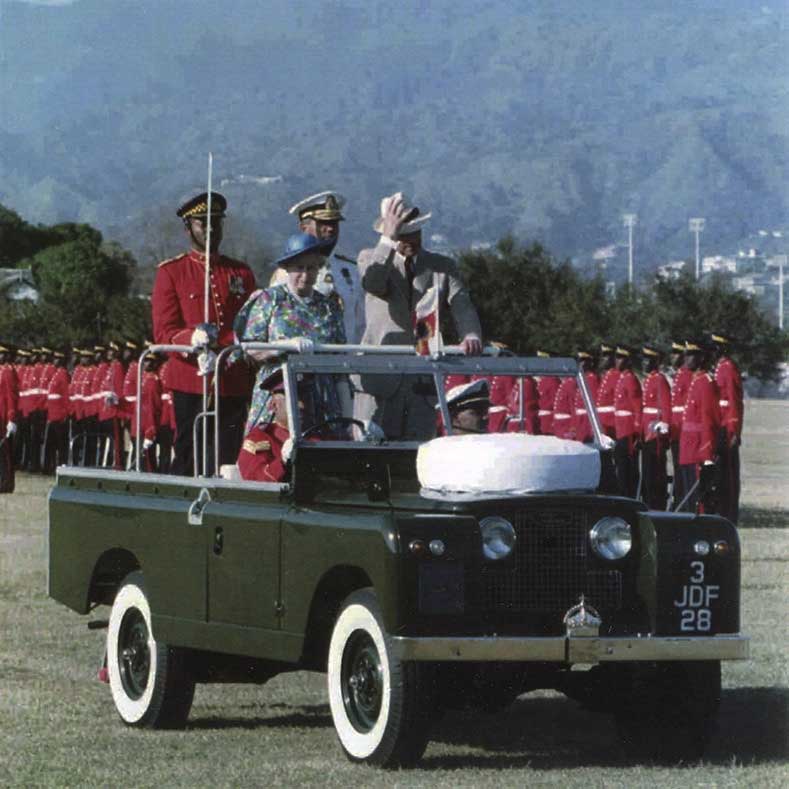 Will and Kate will go from the latest and greatest to the old reliable next week, though, as they head to the Caribbean for a Royal tour to celebrate The Queen’s Platinum Jubilee – 70 years on the throne. They’re visiting three Commonwealth countries where she is still the Head of State: The Bahamas, Belize, and Jamaica.

The trip is full of symbolism, and it’s a major push to help reinforce the popularity of the Royal Family in the region in the wake of Barbados becoming an independent republic last year. The visit will be steeped in tradition and ties to The Queen’s many visits to the Caribbean over the years. In Jamaica, Will and Kate will ride in a review Land Rover that The Queen used in visits during the 1960s. 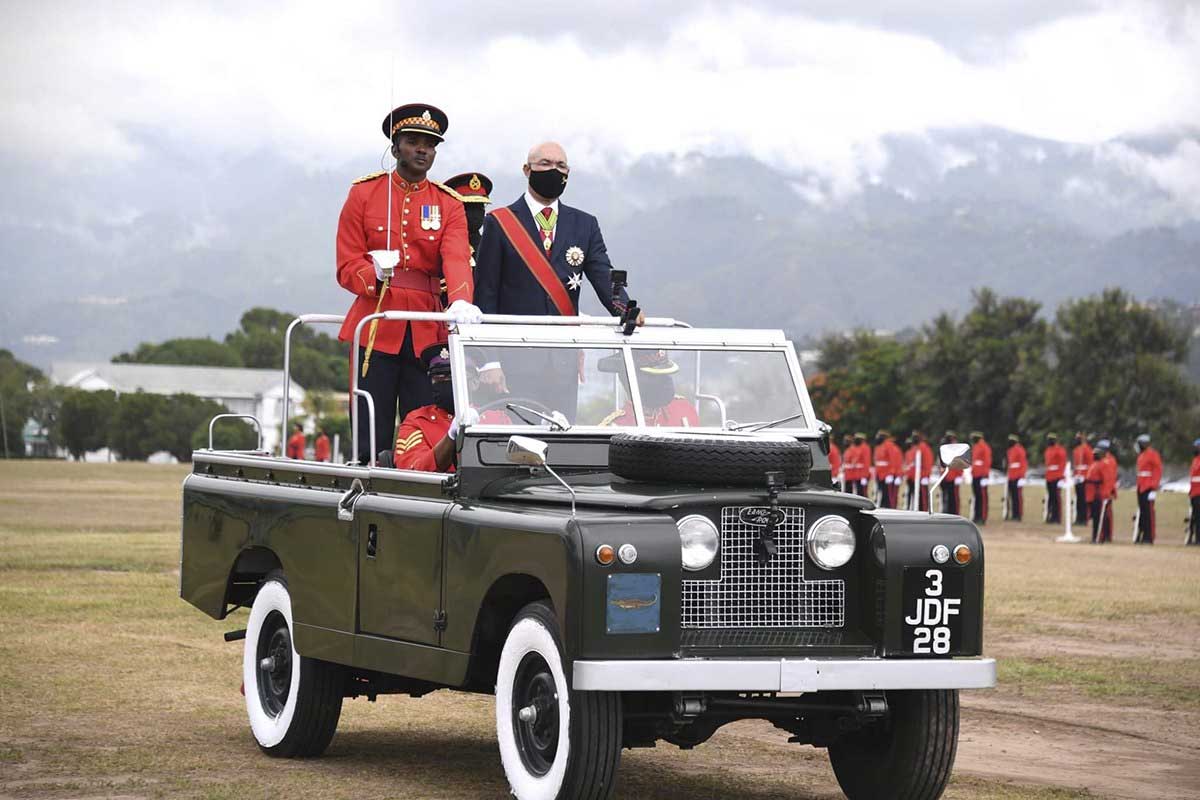 A Series II 109 with the registration 3 JDF 28 was on the first Jamaican Defence Forces equipment manifest when Jamaica got its independence in 1962. With no top, grab bars in the rear, and whitewall tires, it has traditionally been used to carry prominent people in parades and ceremonies. There are pictures of The Queen and the Duke of Edinburgh in it, and it’s often used to carry prominent Jamaican politicians and officials in parades. It’s now one of the oldest vehicles in Jamaica’s fleet – a veritable piece of their national heritage in its own right, and taken care of lovingly by the JDF.

Decades after its first Royal use, the 109 will be used again in a parade when the Cambridges visit this week. It’s a far cry from their brand-new Range Rover, but still an intrinsic part of Commonwealth Land Rover history.