Next year is Land Rover’s 75th anniversary, and with a milestone like that, we can expect a year full of surprises, events, and special editions to commemorate three-quarters of a century of the Best 4x4xFar. To lead things off, there’s a new special edition Defender 75th Limited Edition, bringing retro vibes to the new Defender.

The 2023 Defender 75th Limited Edition brings back the Grasmere Green paint that featured on the final-run Heritage classical Defenders in 2015 and 2016, including the final vehicle off the line. Those vehicles, in turn, were designed to reflect design cues from the first 1948 Series I 80" vehicles. Grasmere Green, and its related hue Keswick Green, have both become somewhat of a staple of retro-inspired classical Defender rebuilds in the past few years.

Grasmere Green appears in a few places on the new vehicle. In addition to being the body paint color, the five-spoke alloy wheels are coated in it, and the Cross-Car Beam behind the dashboard is too -- a real throwback to the body-color dashboards of Series I and Series II vehicles. Though the new Defender doesn't have a full removable soft-top version like the older vehicles did, the 75th Limited Edition does have the retractable fabric roof option.

The interior is made the most rugged of the available materials -- Resist Ebony seats and Robustec veneers on the center console sides. There's also a special badge on the back, with a version of the Land Rover 75th anniversary logo for the special edition.

The base vehicle is a higher-spec Defender with the P400 mild-hybrid inline-six motor. The special edition comes in both Defender 90 and Defender 110 versions, with an otherwise-identical specification. There's a relatively full feature set, including the Configurable Terrain Response that allows you to custom-tailor the vehicle's off-road settings. Prices start at $91,880 for Defender 90 and $94,380 for Defender 110.

In addition to the special Defenders, Land Rover has launched the beginnings of their 75th "Branded Goods" collection. In addition to the usual hats and shirts, they're offering a vintage-safari-style backpack, models of the old and new Defenders in Grasmere Green, a special anniversary watch, and heritage-inspired socks.

Look for a lot more in 2023 for the big anniversary, both from Land Rover corporate and clubs and enthusiasts, including the North American Diamond Jubilee event put on by the Association of North American Rover Clubs (ANARC) at Greek Peak in New York, June 14-18, 2023. 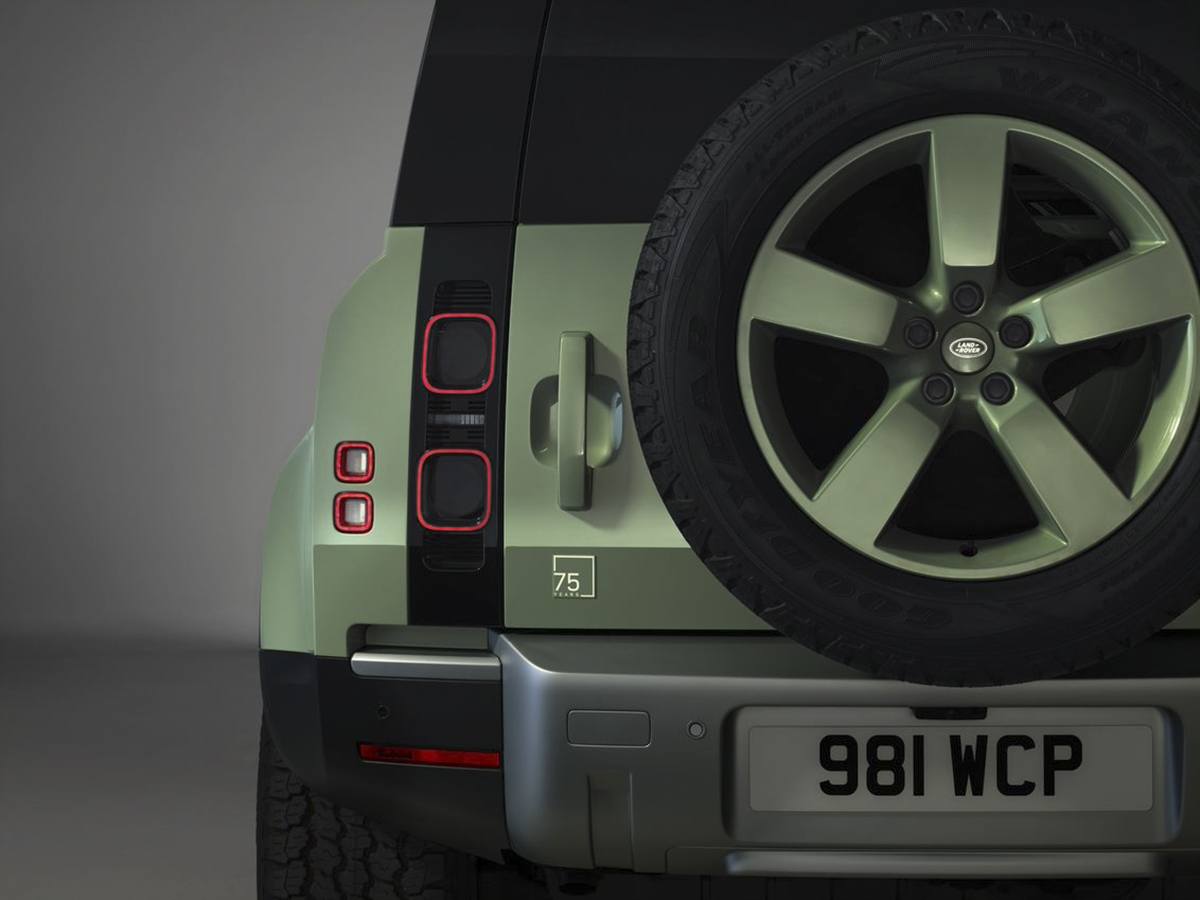