Fifty years ago, a groundbreaking vehicle entered the market, combining a comfortable coil-sprung ride, powerful V8 engine, and Land Rover’s four-wheel-drive technology in a stunningly styled package. It was the first Range Rover, and it quickly became a classless status symbol. Now, Land Rover looks to celebrate five decades of its iconic luxury flagship with a special celebration.

Land Rover called back Simon Beck, who in 2018 carved the shape of a Defender into Swiss Alpine snow to celebrate the 50th anniversary of the company. This time, he etched out the new 50th anniversary logo for the Range Rover inside the steering pad at Land Rover’s cold-weather testing facility at Arjeplog, Sweden. 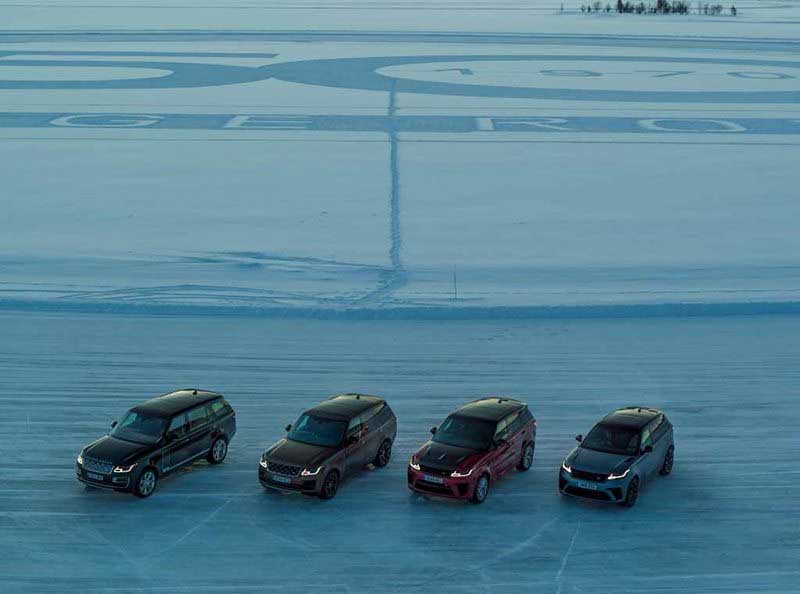 One of the vehicles circling the logo at Arjeplog was the Range Rover SV Autobiography owned by world heavyweight boxing champion Anthony Joshua OBE, one of Land Rover’s new brand representatives. The custom vehicle includes Joshua’s signature on the headrests, as well as special badges on the B pillars with his family crest and the initials of his wins with the IBF, WBA, WBO, and IBO. 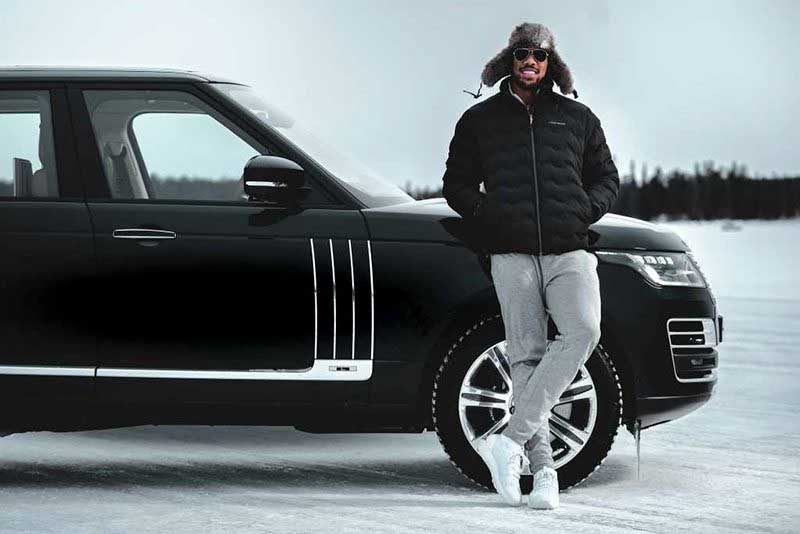 Joshua will take his Range Rover to his fight against Bulgarian fighter Kubrat Pulev, to be held on June 20th at Tottenham Hotspur Stadium in London. The Range Rover’s extreme level of comfort on the road will help Joshua to remain relaxed as he prepares for his fight on home turf. The vehicle has Bespoke Black paint, Ebony Windsor leather seats, and various custom-colored accents. The Rangie is powered by the 565-horsepower AJ-V8 motor.

There’s certainly more to come to celebrate the Range Rover’s 50th birthday. It’s likely there will be some summer celebrations, a special edition, and most excitingly, a likely debut of the fifth-generation model at the end of the year.