Ineos Grenadier to be Built in France 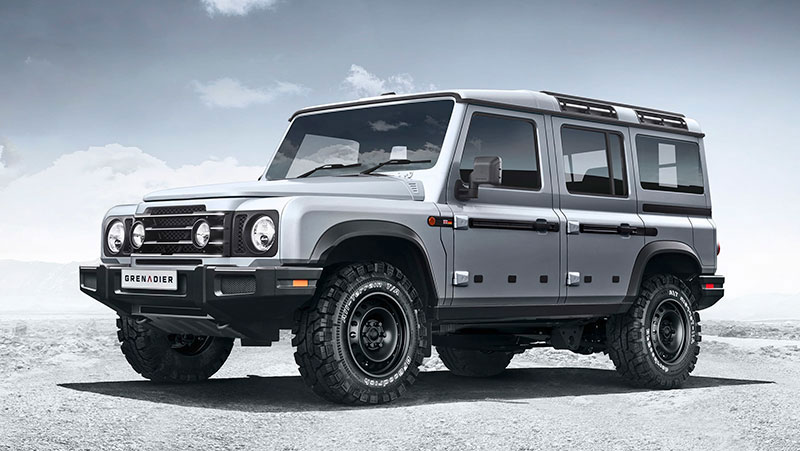 Ineos has announced that their Grenadier, the "spiritual successor" to the Defender, will now be built in France, instead of the Welsh factory they had originally intended for the project.

Although the idea of a British-built Grenadier had been a core concept of the project from the start, the concept began to change some in the spring when the Smartville factory in Hambach, France -- formerly home to the small city car built by Mercedes-Benz -- went up for sale.

The original plan was to build it in Bridgend, Wales, with body and chassis assembled in a factory in Estarreja, Portugal and shipped to Wales.

The Smartville deal will save 1,300 jobs in Hambach, near Moselle, France, in the département of Lorraine near the German border. Ineos will subcontract a part of the site to Smart to produce the ForTwo compact car until 2024, as well as some Mercedes-Benz parts.

The fate of the Welsh and Portuguese factory sites, which were being prepared for construction earlier this year, is unclear. Bridgend was until very recently the home of a Ford plant that made the AJ-V8 motor used in Land Rovers. With Ford moving out and AJ production moving to Land Rover's Wolverhampton powertrain factory, there was hope to retain automotive jobs with Ineos. The Hambach plant also has facilities for body production, so the Portuguese chassis plant seems to also be a non-starter.

It's a great day for the French workers at Smartville who will be able to retain jobs with Ineos, but a sad day for those whose facilities have become non-starters. It's also the end of the dream of a British-built "spiritual successor" to the Defender. The Grenadier is now to be French-built, with German BMW and ZF powertrains and with a global engineering team; the official new Defender, of course, is engineered in Britain and built in Slovakia.