Just a few weeks ago, we learned about one of the earliest, pre-production Land Rovers, a Series One 80-inch that was one of the demonstrator cars Land Rover displayed at the 1948 Amsterdam Motor Show. It was the debut to the world of what would go on to become arguably the most iconic 4x4 vehicle ever made. Now, another historically significant 80-inch has been revealed. The very first production model, Chassis Number 1, has changed hands recently and is now to be restored. 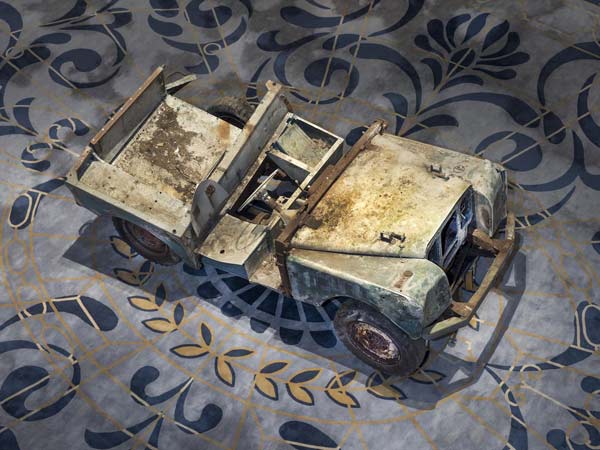 This incredibly historic Land Rover is now on display at the Royal Automobile Club main headquarters on Pall Mall in London. It was owned for many years by a UK farmer, who originally bought it for work on his farm. Judging by appearance, the vehicle was eventually put out to pasture, where in typical fashion, it lay exposed to the elements and began to return to the earth. According to the story, JUE 477 was displayed for Land Rover's 50th Anniversary in 1998, and after that returned to the farm, where it eventually went into more protected storage. In 2009 a poster to the UK Land Rover Series One Club forums recounted a story describing a trip to go see the vehicle in the mid 90's, along with a grainy photo. 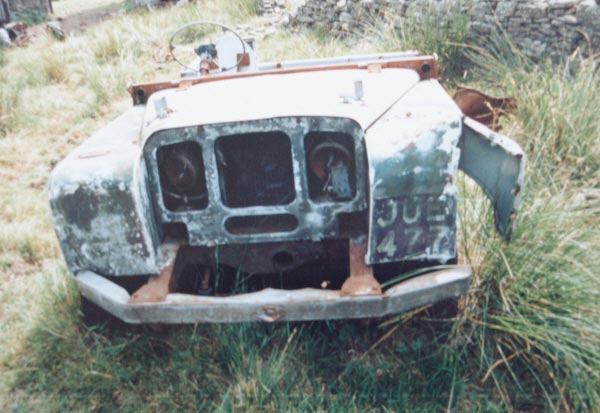 JUE is without a doubt one of the most important surviving Land Rovers. It was originally delivered in July of 1948 to a member of the Solihull development team, and it spent its first two years on the grounds of the Solihull factory. It didn't get its current registration number until 1950 when it was first sold for road use to a Professor McEwen of Newcastle University. The next owner was David Fairless, who would keep it until its most recent sale. Fairless was looking for a tractor but ended up coming home with the Land Rover instead. Aware of JUEs substantial pedigree, Fairless nevertheless put it to work on the farm, where it eventually fetched up and subsequently was "discovered" by the Series One Club enthusiasts. Reports from as early as 1971 state that even that long ago, JUE already hadn't run "for a long time."

"There it was sat rather sadly...paint faded and rubbed through to alli, a front hub and swivel missing, one wing outer ripped loose, a rear body side missing, no doors or screen, bumper bent back to the wings. Surprisingly the drivers spade back remained so I sat in and grasped the twin spoked steering wheel what a feeling, yes it was looking forlorn but here I was sat in possibly the most important Land Rover ever, JUE 477, the very first one built to be sold - if this and its sisters had failed back there in 1948 the Land Rover would have been consigned to history books there and then." 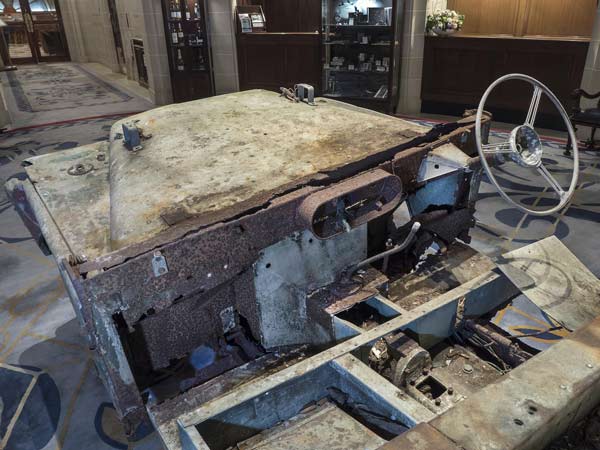 To dispel some rumors about its status, JUE 477 made a brief but highly memorable appearance at the Land-Rover’s 50th birthday celebrations at Shugborough Hall in 1998, and this attracted considerable interest and intention from collectors. After that, the vehicle was eventually moved under cover in an attempt to preserve what was left of it. Mr. Fairless passed away in June of 2017, and in November, the process to auction it off began.

So far, there has been no revelation as to who was the successful bidder, but rumors suggest it went for no less than 6 figures. The Series 1 will be carefully restored in a way that "retains the remarkable history, original components, and unique details.” Enthusiasts are hopeful that the vehicle will remain the UK. 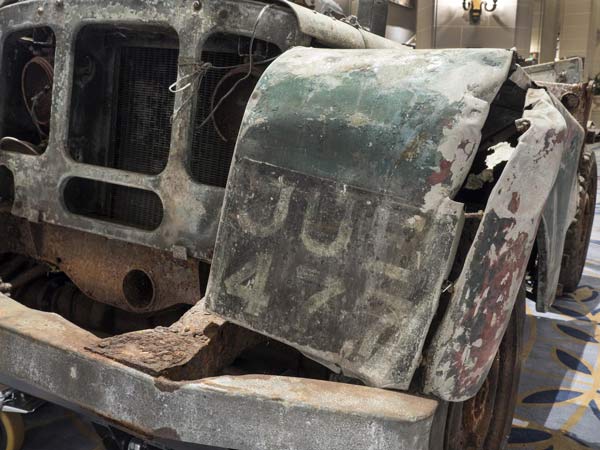