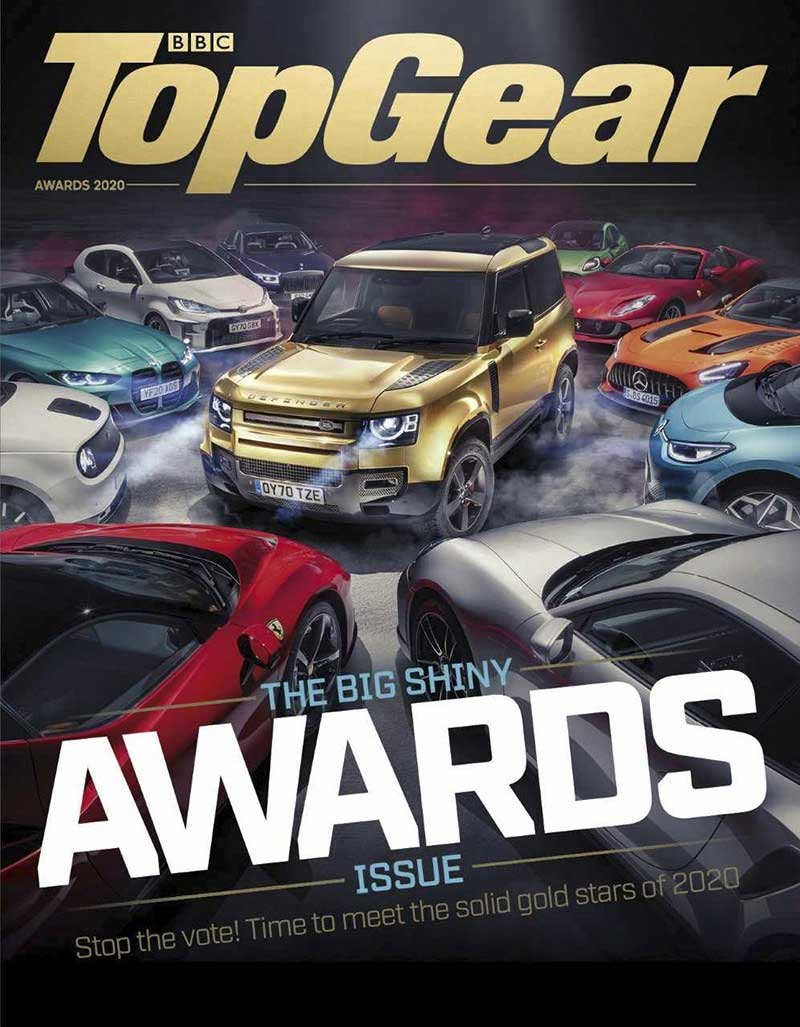 The new Defender has racked up another best-of accolade, being named Top Gear Magazine's Car of the Year, as well as winning its Unstoppable Force award. To celebrate, in the style of the TV show the magazine ties into, three Defenders were hung each other from a 200-foot crane by their tow loops.

Top Gear is Britain's biggest general-interest car magazine, with circulation over 150,000 copies. It was founded in 1993 as a spinoff of the BBC's Top Gear brand. It's issued a Car of the Year award every year since 1997. Land Rover has won twice before: in 2002 with the third-generation Range Rover, and in 2011 with the Range Rover Evoque. The award considers all new cars released in the prior 12 months, so the Defender was against a pool that considered everything from Kias to Bentleys as peers.

At this point, the accolades the new Defender have won are pretty well known -- it already won Motor Trend's SUV of the Year award, and has had stacks of positive press reviews elsewhere. Top Gear had their own high accolades:

We've now driven one across the Namibian desert - and in properly harsh environments, like the M25 - in both 110 and 90 forms, with every engine under the bonnet and it just performs brilliantly everywhere. There's an argument that because it costs a bit more it won't be used properly by the farming and rural community, but that doesn't mean it couldn't be... It's the toughest, most capable off-roader we've ever tested, but one that's a refined, well-equipped family car around town. Congratulations to everyone at Land Rover. 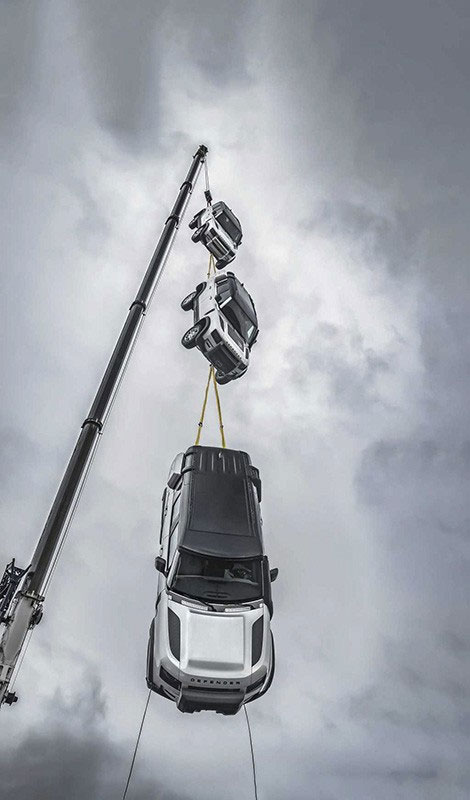 Land Rover partnered with the magazine for a photoshoot to prove the Unstoppable Force award and demonstrate the structural strength of Defender's all-aluminum D7x chassis. Three Defenders were suspended from a 60-meter crane, and also from each other by just their towing loops. All three were totally standard 110 models, with no modifications for the stunt. The damage? Some scrapes to the front bumpers acquired as each vehicle pivoted upwards far beyond the range of normal motion.

Meanwhile, in the vein of Top Gear, former presenter Richard Hammond, a Solihull-born-and-raised Land Rover nut, has finally released a short road test video on the new Defender, held up due to...well, you know. The video's been posted on Drivetribe, the website founded by Clarkson, Hammond and May in 2016 during their transition from the BBC and Top Gear to Amazon Prime and The Grand Tour.