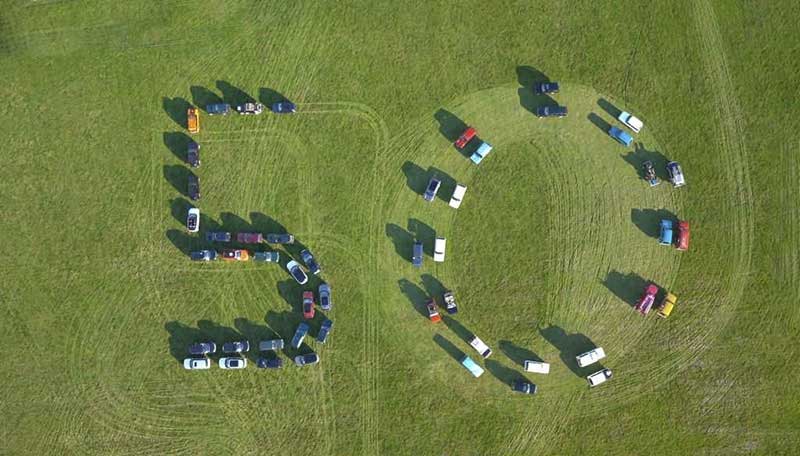 At this year's delayed and mostly-virtual Goodwood Festival of Speed, the fiftieth anniversary of Range Rover was celebrated with a parade of significant vehicles, and a display of them in the shape of the number fifty.

The celebration was only open to drivers, unfortunately, due to the worsening pandemic in England. However, it was streamed on the Goodwood website. There were models featured from across the history of Range Rover, and across all four modern variants (full size, Sport, Velar, and Evoque).

The parade was led by a driveable pre-production Range Rover Classic chassis, which showed off the then-groundbreaking all-coil suspension design, and a 2021 Range Rover Fifty, a special edition to commemorate the anniversary. 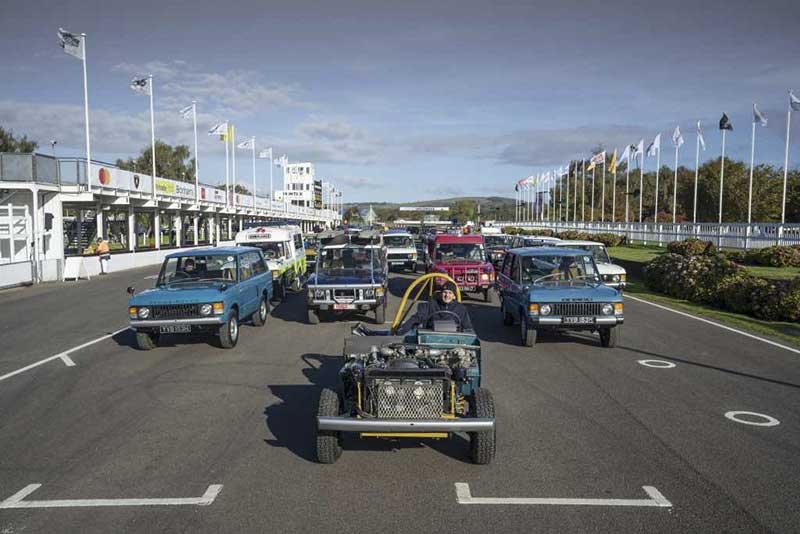 The featured vehicles showed the breadth of the Range Rover line over time. First, there were the varieties of Range Rover Classics, including fire trucks, ambulances, convertibles, and police cars. Historic vehicles, like the Beaver Bullet that set the diesel endurance record and a truck from the Darien Gap expedition in 1971-72 showed the achievements that Range Rover has made since the early days. The P38 generation was represented with everything from early prototypes to ultraluxury special editions like the Linley and Holland and Holland, as well as a stretch limo and a mobile office. Third-generation L322 models included Bond cars and G4 Challenge veterans. The modern Range Rover was represented by several L405 generation vehicles, as well as the Evoque, Sport, and Velar lines.

The culmination of the event was a moving number fifty, with all of the vehicles and drivers choreographed over the course of several hours to form the letters, entering in a straight line and maneuvering two-by-two to make the number from above. While the five stayed static, the zero was a moving circle of Range Rovers.

It's unfortunate that the pandemic made it impossible to celebrate this anniversary more widely, but Goodwood is an annual celebration of British motoring, and they do always focus heavily on Land Rover's special moments. Put the summer of 2023 in your datebook now for the 75th anniversary of Land Rover as a whole, where hopefully there will be a grand celebration for all to enjoy.

List of vehicles used in the Range Rover 50th Celebration at Goodwood: