While Range Rovers have often been seen parked on the street in London’s famous tailoring district of Savile Row, for the first time, the bespoke garments coming out of its famous clothing houses will pay tribute to the luxury 4x4. Clothier Henry Poole & Co. has woven a special fabric that will supply enough material to make just fifty bespoke jackets for men and women – one for each year of the Range Rover’s storied history. 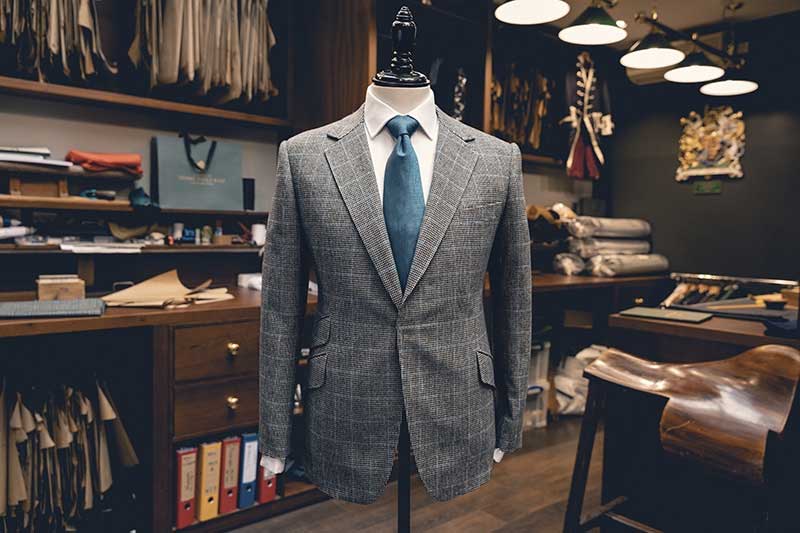 Henry Poole & Co. is one of the founding retailers on Savile Row, founded in 1806 to make military clothing, which was worn at the Battle of Waterloo in 1815. They moved to Savile Row in 1843, and have become an anchor tenant of the famous road. They have a long-standing relationship with Royal Families, both the British Royal Family and historical royalty of other countries.

The fifty jackets are made with a fabric that incorporates three of the iconic colors from the Range Rover’s 1970 launch color palette: Tuscan Blue, Bahama Gold, and Davos White. Tuscan Blue is used in the lining of the jacket, as well as the basis of the window check pattern. Bahama Gold is used as the backing for the collar. It’s built into a more traditional overcheck, which has hints of Davos White. The final result is a jacket that can be worn in situations both formal and informal – similar to the “Car for All Seasons,” the Range Rover. 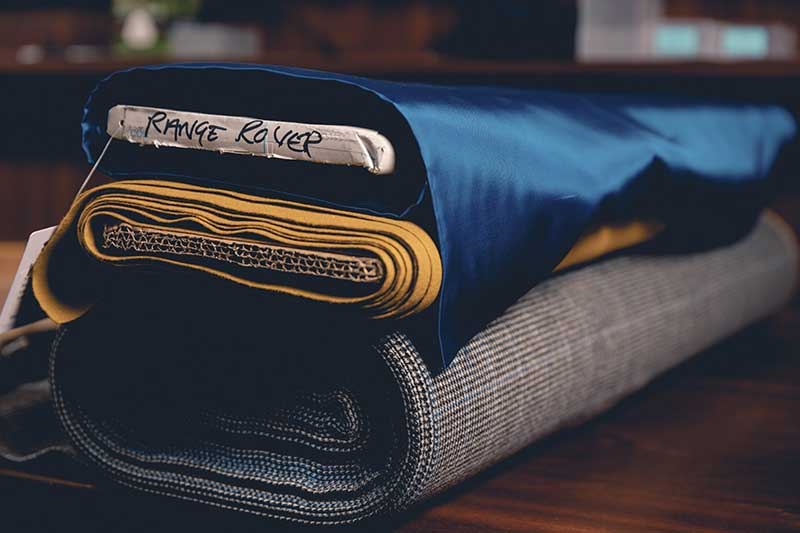 The fabric for the jackets was woven at Fox Brothers & Co Ltd., based in Somerset in the west of England. They have produced wools made entirely in England since 1772, and supplies to many of the Savile Row tailors.

The jackets will all be made on-premises in the Savile Row store, and will each be made to order using the Range Rover fabric. No two will be alike, and they cannot be ordered off the rack – everyone will be bespoke. Both men’s and women’s jackets will be available. 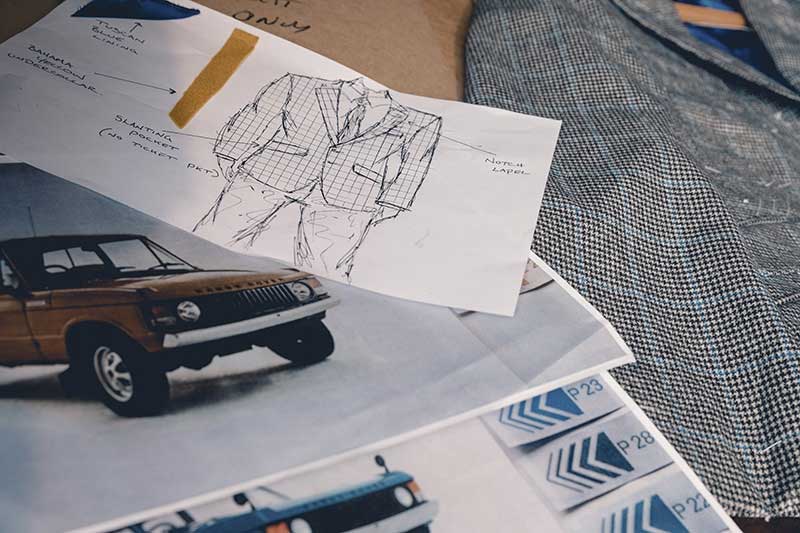 For more on the design process behind the jacket, check out the video Land Rover made: